A new report in Britain’s The Times says the UK’s Ministry of Defense (MoD) is standing by its senior officer in the US-led coalition in Iraq and Syria, who earlier this week publicly contracted the Pentagon and US administration by appearing to dismiss US intelligence claims over the heightened Iran threat.

The awkward public exchange unfolded between the US military and its closest allied military coalition force during a Pentagon press conference on Tuesday wherein a top British commander in charge of anti-ISIS coalition forces rebuked White House claims on the heightened Iran threat.

“No – there’s been no increased threat from Iranian-backed forces in Iraq and Syria,” British Army Maj. Gen. Christopher Ghika, a deputy head of the US-led coalition, asserted confidently in a video link briefing from Baghdad to the Pentagon in response to a CNN question.

Essentially this meant the powerful number two commander of “Operation Inherent Resolve” Combined Joint Task Force was questioning the entire basis on which the “imminent threats” and “high level of alert” shift in mission readiness decision was made. But now Britain’s Foreign and Commonwealth Office is said to be fuming over the handling of the situation. 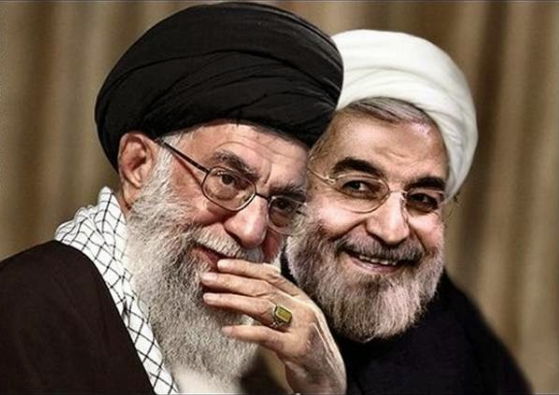 The public disagreement, quickly picked up in world headlines, and further weakening the White House’s stance on the “Iran threat”, has unleashed a storm of controversy among allies behind the scenes.

Officials from the Foreign and Commonwealth Office are understood to be angry at the MoD’s handling of the situation. The row raises questions about the extent of intelligence that the US has shared with Britain about the alleged threat from Iran. Israeli media reported that the warnings were passed on by Mossad, the Israeli intelligence agency. The US State Department has ordered non-emergency employees to leave Iraq.

The report further quoted a former head of the British Army, who said it was “unfortunate that there should be publicly expressed divergent views” on the issue by allies.

The source, identified as General Lord Dannatt, said: “It’s pretty unusual. The UK was accused by the US from time to time of slightly going our [own] way in southern Iraq and southern Afghanistan, but that was respected as operational divergences of opinion, which is something different from straight contradiction.”

Following Tuesday’s Pentagon press briefing a rare and swift rebuke was issued from the US side hours later, when US Central Command (CENTCOM) released its own statement slamming Gen. Ghika’s words as inaccurate, insisting coalition troops in Iraq and Syria were an a “high level of alert” due to the “Iran threat”.

“Recent comments from OIR’s [Operation Inherent Resolve] deputy commander run counter to the identified credible threats available to intelligence from US and allies regarding Iranian-backed forces in the region,” the CENTCOM statement said.

“US Central Command, in coordination with OIR, has increased the force posture level for all service members assigned to OIR in Iraq and Syria. As a result, OIR is now at a high level of alert as we continue to closely monitor credible and possibly imminent threats to US forces in Iraq.”

Britain’s MoD had also tried to do damage control, saying in written statement following the CENTCOM press release, according to The Times: Captain Urban added that Operation Inherent Resolve, the US-led mission, “is now at a high level of alert as we continue to closely monitor credible and possibly imminent threats to US forces in Iraq”.

US troops in the Middle East, via The Times: 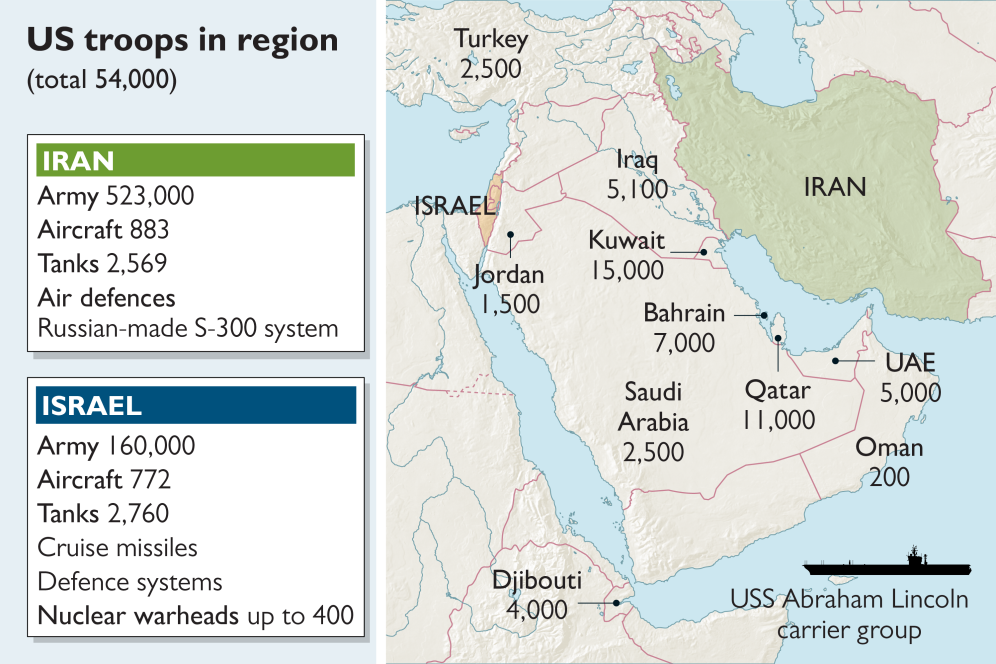 “Major-General Ghika speaks as a military officer in the US-led coalition focused on the fight against Daesh [Isis] in Iraq and Syria,” the MoD statement continued.

“His comments are based on the day-to-day military operations and his sole focus is the enduring defeat of Daesh. He made clear in the Pentagon briefing that ‘there are a range of threats to American and coalition forces in this part of the world. There always have been, that is why we have a very robust range of force protection measures.’ ”

The MoD statement added: “The UK has long been clear about our concerns over Iran’s destabilising behaviour in the region.”

One former British diplomat to the Middle East said as quoted in The Times report that, “I cannot remember a precedent and certainly not one that is so public”.