It’s not just interest rates that are going negative around the globe: in a world in which money is increasingly going to robot, passive and various other low-cost, ETF-based investors, some fund managers are desperate enough to attract new outside capital that they are offering a negative fee model, that will pay investors and clients to manage their money, according to FT.

With the rise of passive investing instruments and a centrally-planned market that’s making even the stupidest investors look like geniuses thanks to central bank intervention when there is even the smallest dip, competition among passive and active managers has reached a fever pitch, even though (as the chart below shows), passive is clearly winning and active investing is losing. And because profitability for many funds comes primarily from asset growth instead of performance, the competition has been to lower fees in order to attract new business. This led Fidelity to launch the first ever zero-fee funds last year.

But now, a boutique US fund manager called Salt Financial wants to take it one step further and offer funds that have expense ratios of negative 5 bps, effectively crediting customers $5 for every $10,000 they invest. While some say this is the next evolution in the space, others simply say it’s a marketing stunt. Ben Johnson, director of global ETF research at Morningstar said: “The fee war is now a PR war”.

Todd Rosenbluth, senior director of ETF and mutual fund research at CFRA, said he expects other ETF providers to also offer negative fees: “Some will dismiss this as a gimmick and marketing ploy. It is a marketing effort, but there are lots of marketing efforts that investors have got comfortable with.”

Salt Financial filed an application with the SEC two months ago that outlined its model for negative fees. A ruling is expected to come as soon as this Monday. 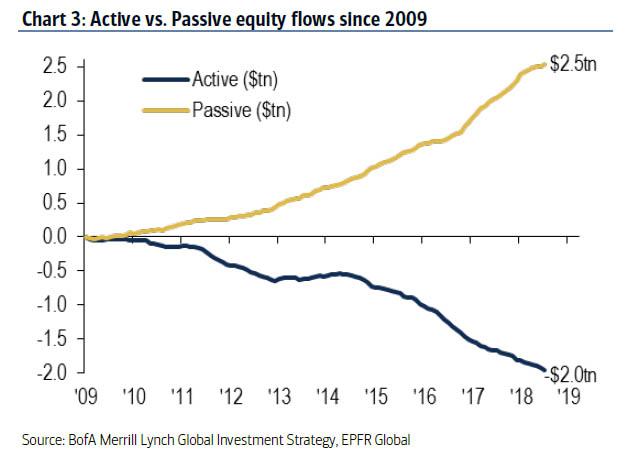 The company’s Low truBeta US Market ETF has a management fee of 29 bps, but Salt would offer a discount of 34 bps, essentially netting the investor 5 bps. The negative fee will apply to the first $100 million invested in the fund for the first year.

President of Salt Financial, Alfred Eskandar, said that the company made the offer as a result of struggling to attract assets to the first ETF it launched last year. He continued, noting that “…advisers had contacted him and were interested in the product but were unable to invest clients’ money as the fund total had not reached $100m. This, he says, is due to misconceptions over the lack of liquidity in small funds and the higher chance that new products would shut.”

He said: “When we launched we didn’t realize how closed off the market was to new providers — more than 80 per cent is out of reach.”

Eskandar compares the negative fee model to mobile phone networks that offer free phones as a way to attract longer-term business. Like those companies, Salt believes they can retain customers through strong performance. He continued: “New ETF issuers have two choices — they can do their best to survive for the six years it takes on average to get to $100m, or they can do something more drastic that gets them there quicker. How else can they compete in a market that isn’t a level playing field?”

Rosenbluth said that he expects small companies to offer similar types of incentives if they’re having trouble getting into the market: “There are hundreds of ETFs that have more than three years of history but less than $100m of assets. It seems like a logical step for an asset manager — rather than killing off the fund, giving it a last gasp of breath.”

He also expects negative fee incentives to be temporary. He pointed out that many managers already offer fee waivers and pay brokerage companies to feature on the platform. “Negative fees may be a taboo at the moment but it’s the logical extension,” Rosenbluth continued.

Last year, influential pension consultancy Mercer caught the attention of the industry by proposing that asset managers should pay investors to run their portfolios and provide performance guarantees.

Divyesh Hindocha, a partner at Mercer, wrote: “If you believe in a strategy, surely you should put a bit of your capital in it — why wouldn’t you?”

We first reported on Salt’s negative fee ETF in March of this year.