James Baker – the Obama FBI’s top attorney (general counsel) said on Friday that he was skeptical about the Steele dossier, and “concerned” about its veracity when the agency received it prior to the 2016 US election, according to the Daily Caller‘s Chuck Ross. 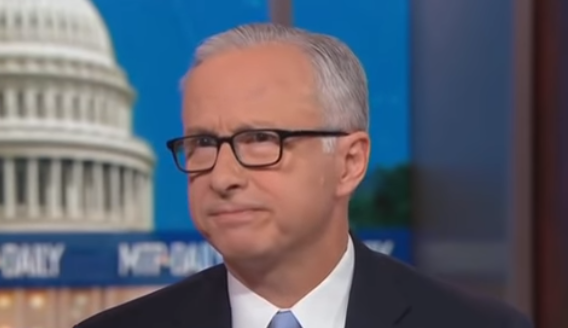 “It was more information that we viewed, that I viewed, skeptically from the outset, and I was concerned about it and had a jaundiced eye, or looked at it with a jaundiced eye right from the outset,” Baker told MSNBC‘s Chuck Todd, adding “Steele was and had been a source that we thought was reliable. He’s reporting all this information. It looks alarming. We took it seriously, but we tried to vet it.”

The dossier – a collection of memos compiled by an ex-British spy funded by Hillary Clinton’s 2016 campaign and the DNC – was used by the FBI to obtain a Foreign Intelligence Surveillance Act warrant to spy on Trump campaign aide Carter Page. Steele alleged that Page provided the Trump campaign a Kremlin backchannel during the election.

Baker also told Todd that he thinks the FISA warrants against Page would have been granted without the dossier, and took a pregnant pause when asked if the dossier was used to obtain FISA warrants on other people – saying “I don’t think I should comment on that, I’m not sure what else the government has confirmed,” and adding “I don’t want to confirm or deny anything about other potential FISA applications.”

Meanwhile, Obama’s former intel chiefs are at odds over who exactly pushed the dossier.

According to Fox News, an email chain exists which indicates that Comey told bureau subordinates that Brennan insisted on the dossier’s inclusion in the intelligence community assessment (ICA) on Russian interference. Also interesting is that the dossier was referred to as “crown material” in the emails – a possible reference to the fact that Steele is a former British spy.

In a statement to Fox, however, a former CIA official “put the blame squarely on Comey.”

Comey, meanwhile, has attacked Attorney General William Barr for investigating him, tweeting on Friday “The AG should stop sliming his own Department.  If there are bad facts, show us, or search for them professionally and then tell us what you found.”

James Comey, who is a key player implicated in Russia hoax, is tweeting against the Atty General looking into his role. https://t.co/igx0LdjFc2

Tom Fitton: It’s an interesting how Comey’s comments echo the Dems talking points attacking Barr; Just proven how the FBI Dir he was…politician.
–
Those who scream the loudest….
These people are really stupid.
End is near.
Q#Trump2020 pic.twitter.com/hDBsZz0f05

Barr, has launched a wide-ranging investigation into FBI conduct during the 2016 election, making him public enemy #1 to the left. In a Friday interview with Fox News, Barr said that the use of the Steele Dossier in the FISA warrant was a “very unusual situation,” especially one “that on its face had a number of clear mistakes and a somewhat jejue analysis. And to use that to conduct counterintelligence against the American political campaign would be a strange development.”

Baker made clear that he wanted to speak “as openly as I possibly can” about the origin of the FBI’s investigation into Donald Trump – “to reassure the American people that it was done for lawful, legitimate reasons, and was apolitical,” according to the Washington Examiner‘s Jerry Dunleavy.

Things are getting hot in DC and it’s only May…