America’s manufacturing sector was established in Ohio. But decades of deindustrialization have left once-thriving communities across the state in ruins. Ohio’s manufacturing jobs were slashed to half by 2016, and median household income fell below the national average.

At the same time, tens of thousands of Ohioans lost their jobs, became depressed under financial pressure, and from 2008 to 2017, the suicide rate in the state jumped 24%, according to the Akron Beacon Journal. 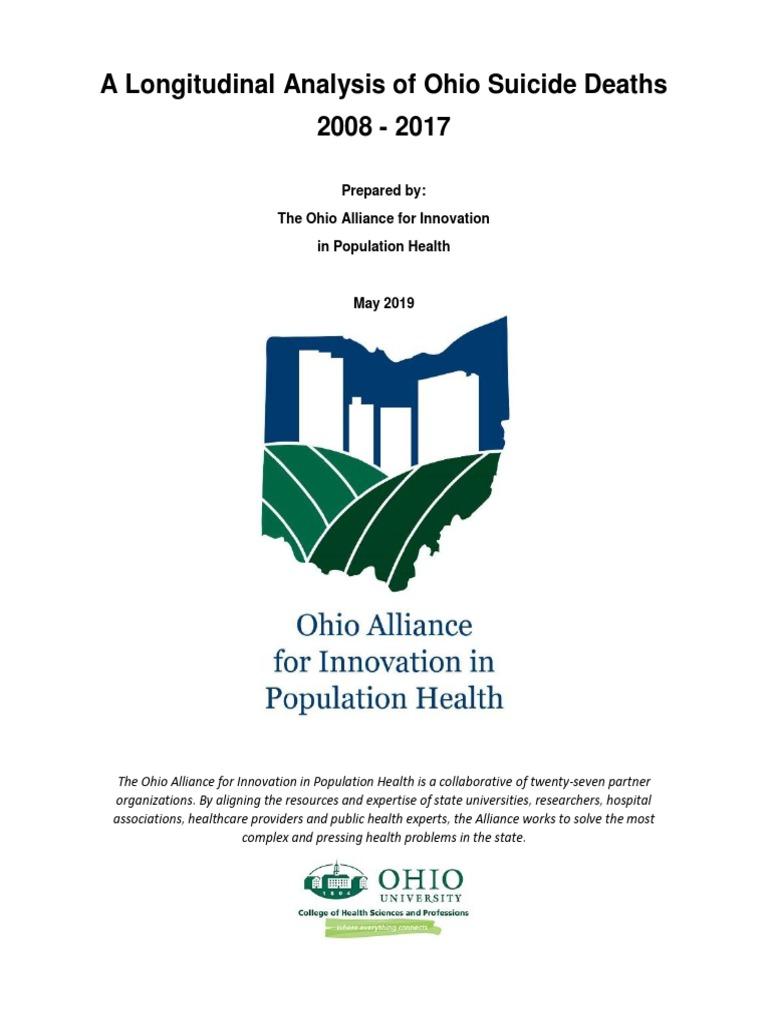 Some of the highest rates were located in Appalachian Ohio, the southeastern part of the state, and the suicide rate among men was four times greater than women.

Rates skyrocketed 80% among young millennials (children 14 and younger) and 57% for baby boomers, according to a report published by the 28-organization public-private Ohio Alliance for Innovation in Population Health.

Summit County had 786 suicides from 2008 to 2017, at a rate of 14.51 per 100,000 population. Summit’s economy experienced deep deindustrialization over the years, leaving surrounding communities in a state of shock. 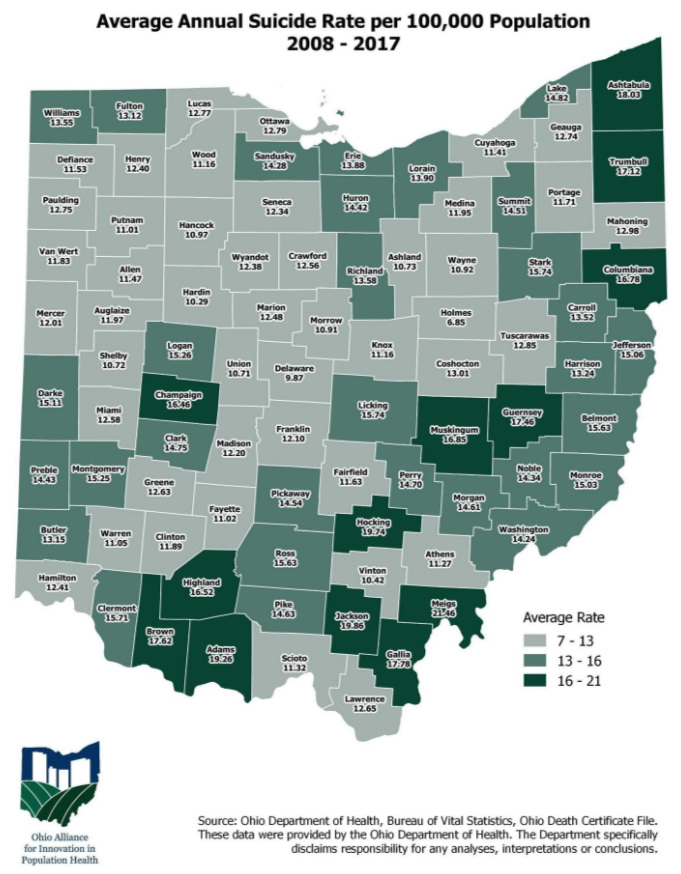 Lori Criss, director of the Ohio Department of Mental Health and Addiction Services, said the suicide crisis is a significant concern for the State Health Improvement Plan.

“Our department and a number of others have initiatives that address suicide prevention and support families impacted by losing a loved one to suicide,” Criss said. “This gives us a chance to really look at those and to grow them in intentional ways to have the impact that we need with specific communities or populations who are at higher risk.”

The report shows nine of the 10 Ohio counties with the highest suicide rates are located in the Appalachian region.

Michelle Price, program director at the Ohio Suicide Prevention Foundation, added that these counties had seen incomes collapse for farmers and industrial workers.

Other findings: The highest suicide rates were among white Ohioans; rate increases were more in rural communities than in metropolitan areas, and firearms accounted for half of all suicides.

With a manufacturing recovery nowhere in sight and a deepening trade war, it’s likely suicide rates across the state will continue to move higher into 2020. When the next downturn strikes, one-off factors relating to financial asset losses could drive the rate to record highs.