Following several weeks of speculation (including what in retrospect was fake news from Bloomberg that “Turkey Weighs New U.S. Call to Delay Buying Russian Missiles“), in a televised speech in Istanbul late on Saturday, Bloomberg reported that Turkey’s executive president Erdogan invited yet another sharp gap down in the lira when trading resumes in a few hours, after he not only ruled out US demands that Turkey delay the purchase of an advanced Russian missile-defense system, but – assuring that Trump and NATO will be furious at Turkey’s regime – said he may bring forward the delivery date from July.

“It is definitely out of the question for us to step back on the issue of S-400s, it is a done deal,” Erdogan said “Our deal was to have the S-400s delivered to us by July; they will probably bring that forward.” 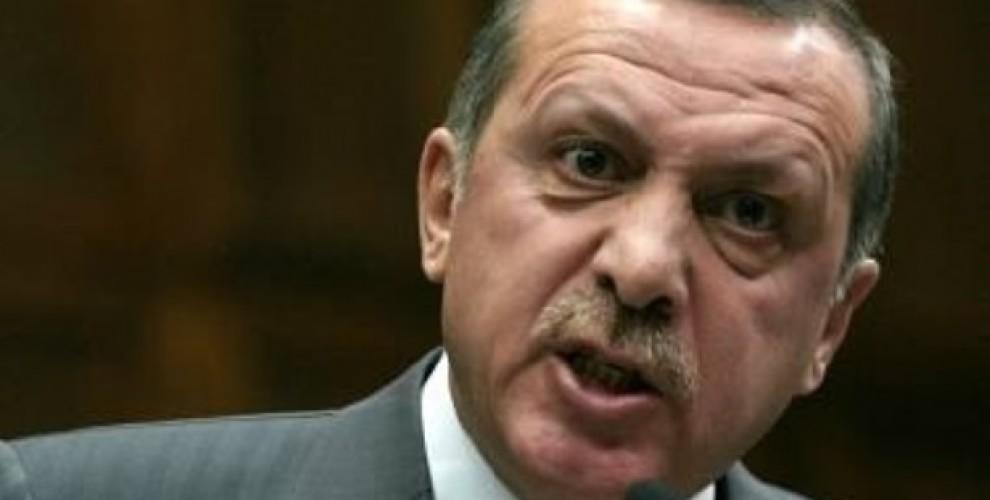 Erdogan’s defiance has not gone unnoticed and on Thursday, the lira slumped after Trump terminated a preferential trade agreement with Turkey in retaliation for Ankara’s stubborn support of the Russian deal; the latest escalation took place after the Trump admin last week asked Ankara to delay taking the system to 2020 although it is now clear that won’t happen.

In many ways Erdogan’s decision on whether to proceed with the Russian S-400 deal over a competitive deal offered by the US, involving Patriot missiles, is seen as a barometer of US superpower “standing” among frontier nations, those where there is a clash between Moscow and DC for future influence.

And even though pushing ahead with the deal carries the risk that renewed US sanctions that could plunge Turkey into renewed economic turmoil, slam the lira and accelerate the country’s surging inflation, the accord with Putin also highlights Turkey’s aspirations for an increasingly independent role in regional policies and, obviously, the mutual erosion of trust with Washington.

“The S-400 is a defensive system and has a long range. As for the payment plan, Russia has given us very suitable conditions,” Erdogan said, saying that Turkey has sent 100 engineers to Russia to help make the weapons. And just to make sure Trump is truly pissed off, Erdogan also vowed to continue future cooperation with Russian, saying that “after the S-400s, the S-500s are also considered and there will be co-production of S-500s as well.” 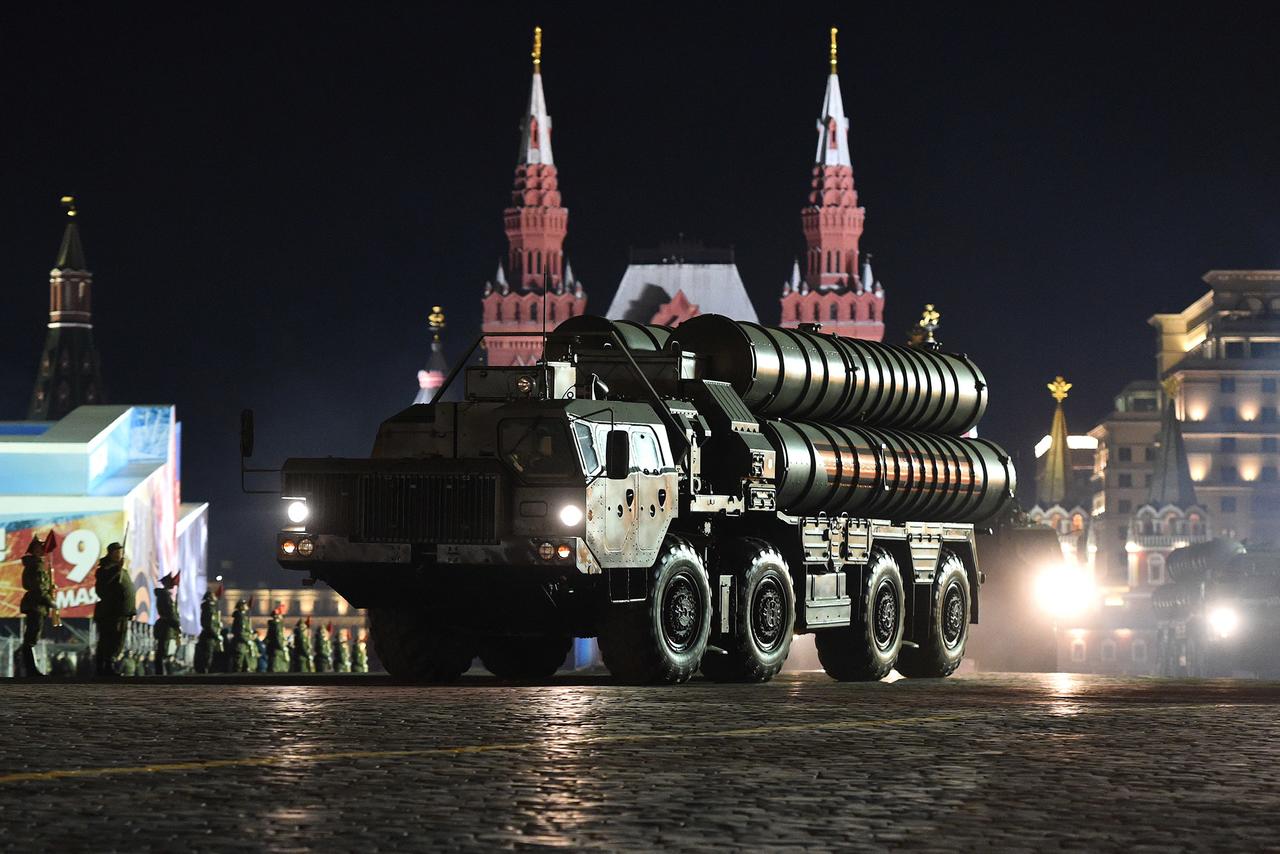 As reported on numerous prior occasions, the proposed purchase has anger ed Trump’s administration, which argues that integrating such a system into NATO’s second-largest army could help Moscow gather critical intelligence on the stealth capabilities of the next generation F-35 fighter planes, which Turkish manufacturers help build. Erdogan dismissed the U.S. argument and said Turkish military experts were good at deciding what to purchase.

To be sure, Trump’s retaliation has yet to be manifest; should the US presidentr wish to punish Turkey more, not only could Turkey be expelled from the Lockheed Martin F-35 program, but also face sanctions under two pieces of legislation: the Magnitsky Act and CAATSA, which allows the punishment of entities doing business with parts of the Russian state. As Bloomberg notes, a bipartisan group of eight senior U.S. House members introduced a resolution on Wednesday calling on Turkey to cancel the planned S-400 acquisition.

And speaking fo the F-35, Turkish companies were set to produce parts worth billions of dollars for the jet, with the air force planning to buy about 100 of the planes. However, as part of the escalating diplomatic feud, deliveries of F-35 equipment to Turkey have been suspended, although on Saturday, Erdogan downplayed the snag and said they will be eventually delivered: “Sooner or later, we will receive the F-35s as well as their parts. Inshallah, S-400s will arrive in our country, too.”

As a reminder, the Turkish economic crisis, and the plunge in the Turkish lira, accelerated last summer when the U.S. last sanctioned various members of the Turkish government over the arrest of an American preacher, while ramping up US sanctions on various Turkish exports, in the process slamming the local economy. The ensuing collapse in the value of the lira hastened the country’s first recession in a decade. The lira has been sliding for several weeks amid renewed tensions with the U.S. and a controversial decision to repeat a mayoral election in Istanbul in June after Erdogan’s party lost the previous vote.

In response to the growing threat of new US sanctions, Erdogan said, “It’s 2019. We’re not in 1974,” when the U.S. imposed a crippling arms embargo on Turkey after its military invaded northern Cyprus.

Turkey believes it has valuable bargaining chips, including an early-warning radar at Kurecik, a critical part of NATO’s ballistic-missile defense capabilities, and the Incirlik Air Base, close to Syria.

“There is a math of war and we’ve got to apply it well. We will take steps accordingly,” Erdogan said. “We’re just right now intensively giving necessary lessons in Syria” he said, referring to Turkish shelling of U.S.-backed Kurdish militants in northern Syria.

And speaking of the rerun of the Istanbul local elections, which Erdogan’s party lost at the end of March in a historic rebuke of the AKP party, and which investors have focused their attention on a sign of how far Erdogan is willing to go to preserve power, Reuters reported that on Saturday Erdogan also said the West was putting pressure on the Turkish lira, inflation and interest rates, but that these “games” would be thwarted after a re-run of Istanbul’s mayoral election in June.

“Ahead of the last election, the West tried to corner us by applying pressure on the currency, interest rates and inflation,” Erdogan said during Saturday’s televised Q&A session with university students in Istanbul.

“All these games will be thwarted once we get over the election,” he said, after Turkey’s election board ruled on a re-run of March’s election, which was won by the main opposition candidate in a shock loss for Erdogan’s party.

… which is the main reason why the lira has continued to tumble, leading to an accelerated surge in inflation, while the country’s budget deficit has jumped sparking concerns that not only are Turkey’s capital and current accounts in jeopardy should Erdogan fail to restore confidence, but that the country’s government may soon run out of money for its domestic agenda. In fact, with every passing day, there are louder whispers that for those curious which currency will be the next Venezuela Bolivar, they should look no further than the Turkish currency.