Despite “The Greatest Economy Ever,” 40% Of American Families Still Struggling

With the economic expansion almost a decade old, the unemployment rate has fallen to five-decade lows, and real wage growth has modestly expanded.

President Trump has touted today’s economic environment as “the greatest economy ever,” despite a new study showing 40% of Americans struggle to afford housing, utilities, food and or health care. 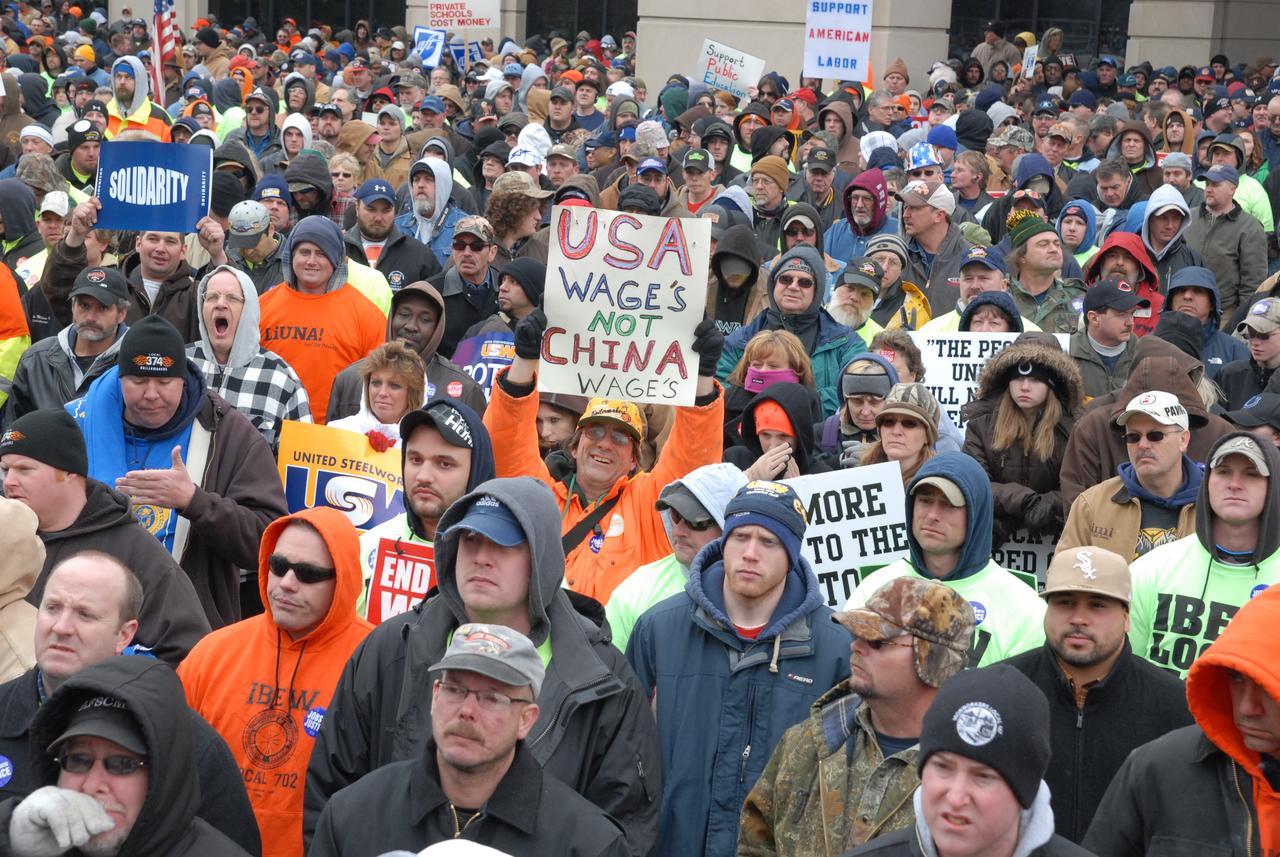 The findings from the Urban Institute highlight the vast amounts of wealth inequality that has developed across the country since the Great Recession. 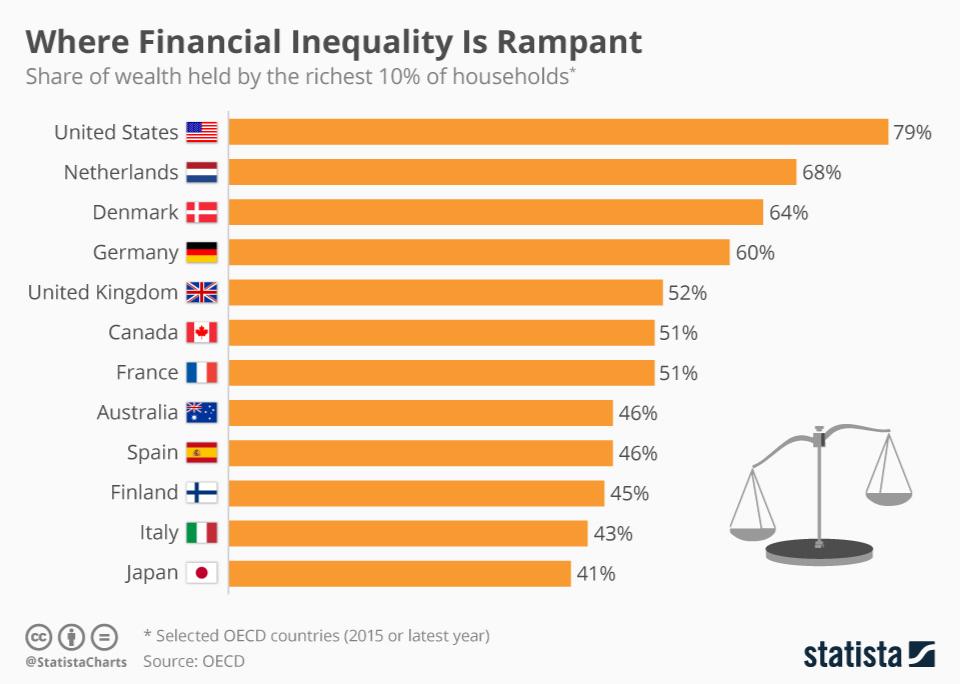 The Federal Reserve’s monetary policies of the past ten years attempted to generate the wealth effect: by driving the valuations of stock, bonds, and real estate higher, so that people would feel wealthier.

However, 58% of people don’t own stocks, and another 35% don’t own real estate – which means many Americans didn’t fully participate in the sextupling of the stock market and the doubling of real estate prices.

Forty percent of Americans (ages 18 to 65) experienced two or more financial hardships in 2018, statistically the same from 2017. The study concentrated on the first two years of the Trump administration, as well as trying to understand if the debt-fuelled tax cuts would benefit the working class. 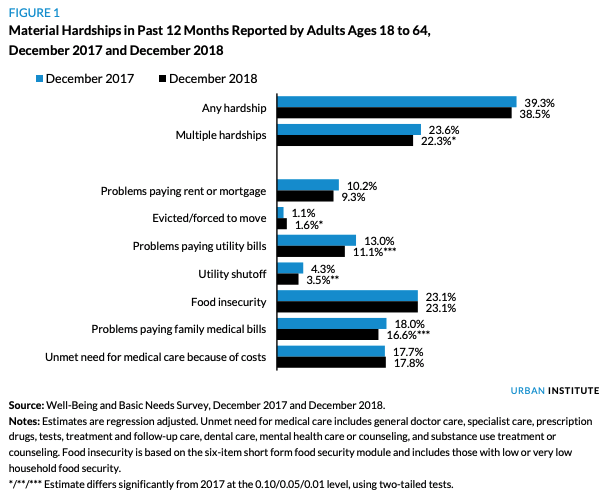 “The modest declines in hardship during the current favorable economic environment suggest further progress will require additional policies to raise and stabilize incomes, offset the cost of essential expenses and protect families against adverse financial shocks,” the study said.

The Washington D.C.-based think tank surveyed more than 7,500 adults over the last several years about whether they had difficulties paying for housing, utilities, food or health care.

The difficulties encountered by households were related to stagnating personal incomes, the think tank said. “It is also important to consider the cost of major expenses such as housing, utilities, child care, transportation and health care” on household budgets, it noted.

About 20% of households had food insecurity and medical expense challenges over the last year. 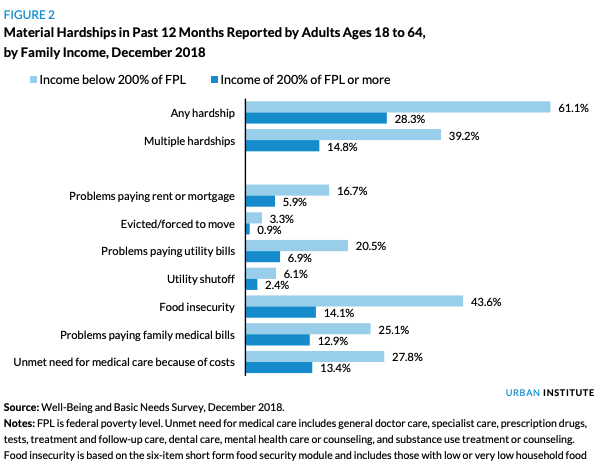 Almost 33% of households that earned at least twice the federal poverty level (annual income of $50,200 for a family of four) warned they struggled with affording basic items. Households complained that medical and food costs were the most significant strains on their wallets. About 14% of households said they struggled with medical bills or couldn’t afford health insurance because of the surging cost.

The study said, families, earning less than twice the federal poverty level (annual income of $50,100 for a family of four) are enduring the most financial hardships today. Nearly 60% of those surveyed said they could hardly pay their bills, with 53% reporting more than half their income was spent on housing expenses.

So while the “greatest economy ever” could be true for the top 10% of households that own a majority of the financial assets, a large swath of households with limited to no assets have been left behind and are currently struggling to survive.