With the entire US agriculture sector facing a 1980s style farm crisis downturn and record debt levels, demand for new tractors is set to collapse as farmers hang on to old Deere & Co. equipment, reported Bloomberg. 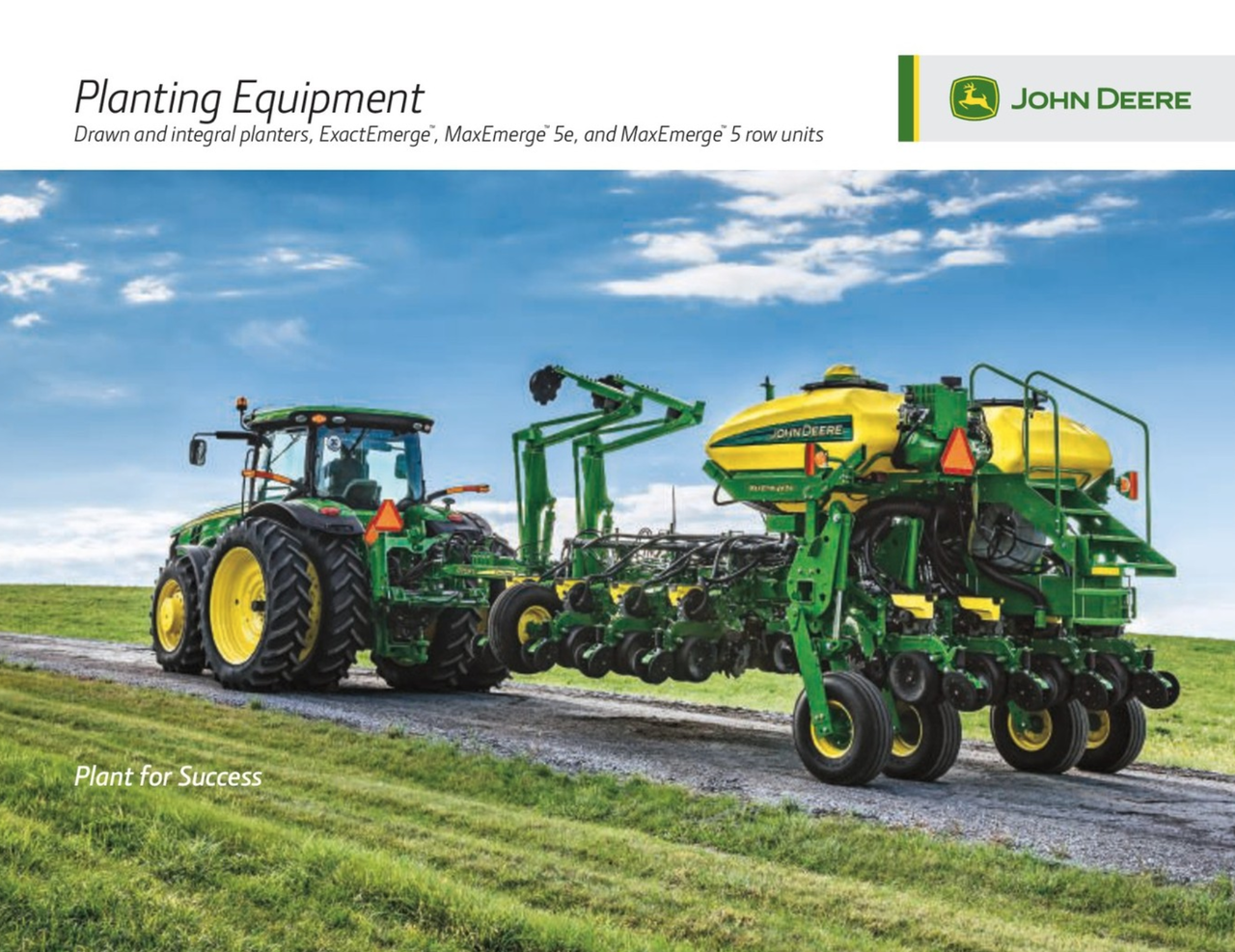 Heavy flooding in the last several months across the Midwest, a deepening trade war with China, depressed commodity prices, skyrocketing fuel costs, declining land values, and massive debt loads have squeezed farmers so much that Deere slashed production last week to deal with the downturn. 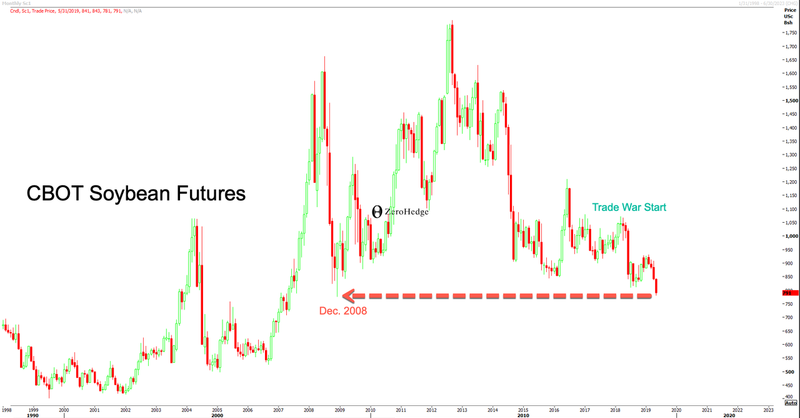 Deere executives on an earnings call last week warned that shipments of its tractors would decline by 20% YoY in 2H19.

“Until there’s some kind of stability on crop prices or a resolution on the trade front, farmers will continue to repair equipment as best they can or go to used markets,” said Chris Ciolino, an analyst at Bloomberg Intelligence. “When we do get stability, the replacement cycle will kick back into gear.”

“Deere’s plans to reduce production in its core Ag business to levels below retail sales, which will strain sales but also control the field inventory, are characteristic of the company’s approach to contend with operating stress and cyclical downturns,” Clark said.

There could be widespread pain across the Midwest in 2H19. Over $76 billion of corn and soybeans are in storage, according to the Farm Bureau, as China slashes imports of grains from North America amid a deepening trade war.

Josh Jepsen, director of investor relations for Deere, said it’s too early “to say we’ve seen permanent shifts in production or market share globally” due to the trade disputes.

“Investors are overly focused on the near-term downturn in the agriculture economy, while not appropriately pricing in Deere’s long-term growth opportunities,” Arnold said in a note Friday.

If trade disputes continue to escalate and no resolution is seen by 2H19, the replacement cycle for farmers could be several years out, likely to send Deere’s equity to the $100-80 range.