Rep. Tulsi Gabbard (D-HI) said on Sunday that reports claiming pro-putin Russophiles giving her 2020 presidential campaign a boost is “fake news,” though she added that conflict with the Kremlin is not productive. 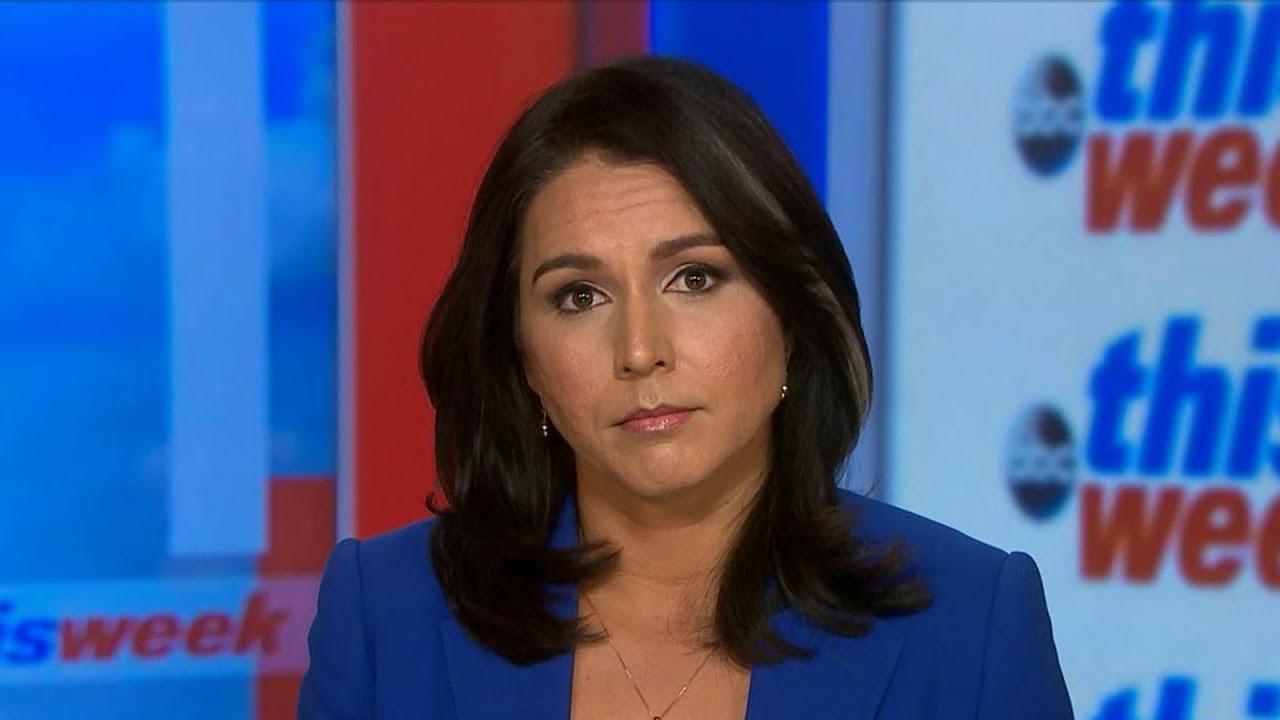 Speaking to ABC’s George Stephanopoulos, Gabbard said that deteriorating relationships with nuclear-armed countries such as Russia and China “has brought us to a very dangerous point,” reports The Hill. She added that, if elected, she would “end these counterproductive and wasteful regime change wars,” and would “work to end this new Cold War and nuclear arms race.”

Rep. Tulsi Gabbard: “As president, I will end these counterproductive and wasteful regime change wars, work to end this new Cold War and nuclear arms race … and invest those resources on serving the needs of the American people” https://t.co/0ZyfCPNJz7 pic.twitter.com/w9tFTeATDc

On Friday, the Daily Beast published a story claiming that Gabbard “is quickly becoming the top candidate for Democrats who think the Russian leader is misunderstood,” based on people who had donated to her campaign. (We somehow missed the Daily Beast article on Hillary’s alleged Saudi donors in 2016, but we digress).

Donors to her campaign in the first quarter of the year included: Stephen F. Cohen, a Russian studies professor at New York University and prominent Kremlin sympathizer; Sharon Tennison, a vocal Putin supporter who nonetheless found herself detained by Russian authorities in 2016; and an employee of the Kremlin-backed broadcaster RT, who appears to have donated under the alias “Goofy Grapes.” –Daily Beast

Several of the tweets I just re-tweeted highlight the egregious errors, slimy tactics & smears here designed to imply Tulsi (who, unlike the authors, fought for the US) is a Kremlin asset. The worst is depicting anti-intervention/war positions as evidence of Russian loyalty: https://t.co/xBMbv7MObl

On Sunday, Stephanopoulos asked Gabbard about the Beast article, and noted that she met with Syrian President Bashar al-Assad, as well as her defense of Russia’s military presence in Syria, and her comments suggesting that Russian election interference was on par with American election meddling around the world.

“Is Putin a threat to national security?” he asked.

“You now it’s unfortunately you’re citing that article, George, because it’s a whole lot of fake news. What I’m focused on is what’s in the best interest of the American people? What’s in the best interest of national security? Keeping American people safe,” said Gabbard. “And what I’m pointing out consistently, time and time again, is our continued wasteful regime change wars have been counterproductive to the interests of the American people and the approach this administration has taken in essentially choosing conflict … has been counterproductive to national security.“

Oh my god, George Stephanopoulos brought up that horrendous Daily Beast article alleging that “Putin Apologists” are “boosting” Tulsi during an interview with her this morning. You cannot get more transparently pathetic than this garbage pic.twitter.com/wkm23MbtEo