The Department of Justice has given former White House Counsel Don McGahn immunity from having to testify in front of Congress amid allegations that President Trump instructed McGahn to shut down the Mueller probe. 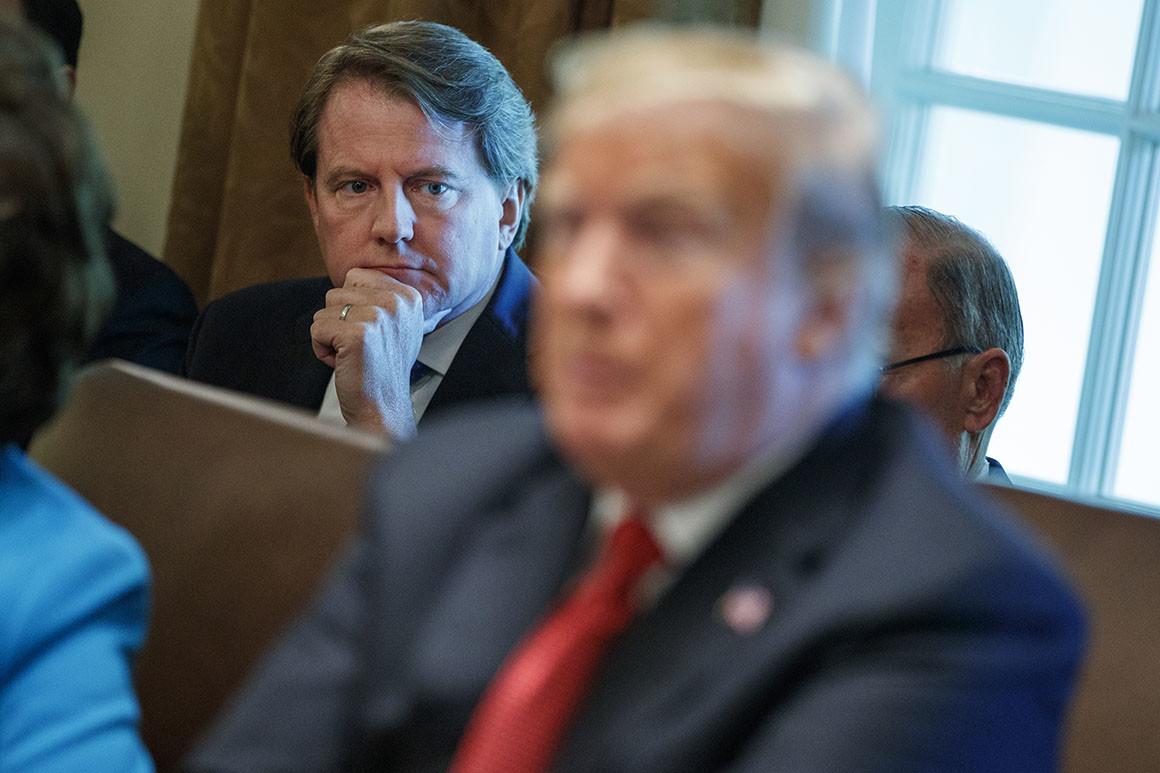 Here’s DOJ OLC letter saying McGahn does not have to testify pic.twitter.com/MrZlrpiK8K

Earlier this month, McGahn refused to turn over requested documents after he was instructed by the White House not to comply with a subpoena issued by House Judiciary Committee Chairman Jerry Nadler (D-NY) requesting documents and testimony. Nadler threatened to hold McGahn in contempt of Congress.

In a letter to Nadler, White House lawyer Pat Cipollone said that he had been advised by the DOJ’s Office of Legal Counsel that “Mr. McGahn is absolutely immune from compelled congressional testimony with respect to matters occurring during his service as a senior adviser to the President,” according to ABC News‘s Catherine Faulders.

In letter to Nadler, WH counsel Pat Cipollone says he has been advised by DOJ’s Office of Legal Counsel that “Mr. McGahn is absolutely immune from compelled congressional testimony with respect to matters occurring during his service as a senior adviser to the President.” pic.twitter.com/pUgsf2aesa

Nadler’s committee kicked off a wide-ranging investigation into President Trump for allegations of obstruction of justice and abuses of power, reports Politico. McGahn is a central figure in the investigation, after special counsel Robert Mueller’s report claimed that Trump directed McGahn to have the Mueller probe shut down.