Soon after reportedly meeting with national security advisor John Bolton at the White House Sunday afternoon in the wake of a lone rocket being launched toward the US embassy in central Baghdad’s protected ‘Green Zone’, President Trump provocatively warned via Twitter: “If Iran wants to fight, that will be the official end of Iran,” and added, “Never threaten the United States again!”

If Iran wants to fight, that will be the official end of Iran. Never threaten the United States again!

The sarcastic “Team B” insult has been a familiar theme of Zarif’s of late. He previously stated on May 17 when the Trump administration appeared to contradict itself — given both Bolton and Pompeo have appeared way out front of Trump when it comes to threat of war, and with Trump saying he “doesn’t want war” — that With the B_Team doing one thing & Trump saying another thing, it is apparently the U.S. that doesn’t know what to think.

FM Zarif’s “B-Team” seems a reference to John Bolton, Israeli Prime Minister Benjamin Netanyahu and Saudi Crown Prince Bin Salman, based on some prior references Iran has made indicating those actually dictating the direction of White House foreign policy. Or more broadly, it’s referencing the powerful Saudi and Israeli lobbies in Washington, which have long argued for a US military confrontation with Iran.

And generally the B-Team reference has been seen as pointing to the ‘deep state’ and its longtime outsized influence on policy direction. Thus perhaps for the first time in history a foreign enemy of Washington is acknowledging a president is being “goaded” by deep state interests over which he had little control. It’s not the first time Iran has urged Trump to resist these voices. 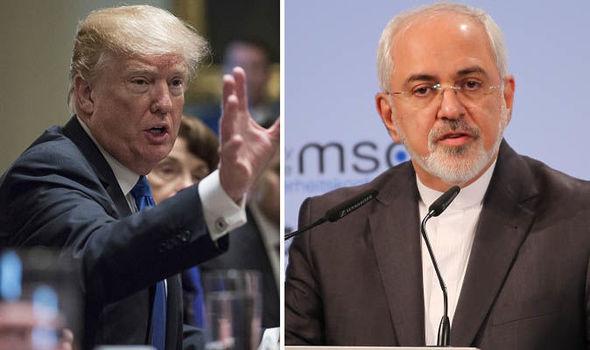 Trump has denied being at odds with his own top aides and cabinet members, days ago framing what appeared to be policy confusion as merely a strategic attempt at sowing unpredictability: “at least Iran doesn’t know what to think,” the president tweeted last Friday at the end of a week of military build-up in the Persian Gulf and soaring tensions.

Going into this past weekend, it appeared de-escalation and a general calming of tensions was on the horizon as Trump seemed to distance himself from Bolton’s usually charged rhetoric.

However, the Sunday tweet put things right back where they started two weeks ago when Bolton first announced a heightened state of alert and deployment of a carrier strike group to the Persian Gulf, citing intelligence that US troops face attack by Iran and its regional allies.

Is Trump merely playing to 2020? Trump’s retweeting of the below makes it appear so.

But then again, it could be that Trump’s every intent is to de-escalate, even while ratcheting the tough bellicose talk ultimately geared toward the 2020 reelection campaign.

Even the Iranians likely remember that with Trump, there is indeed a prior tweet for every occasion… 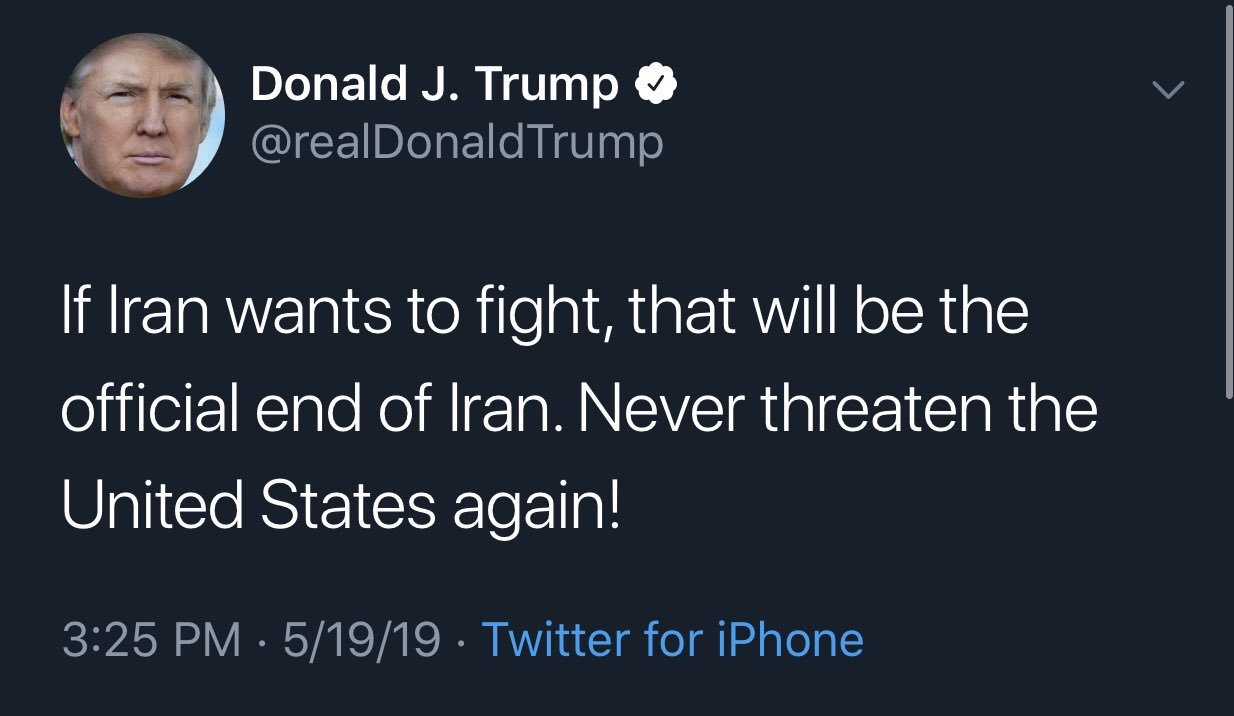 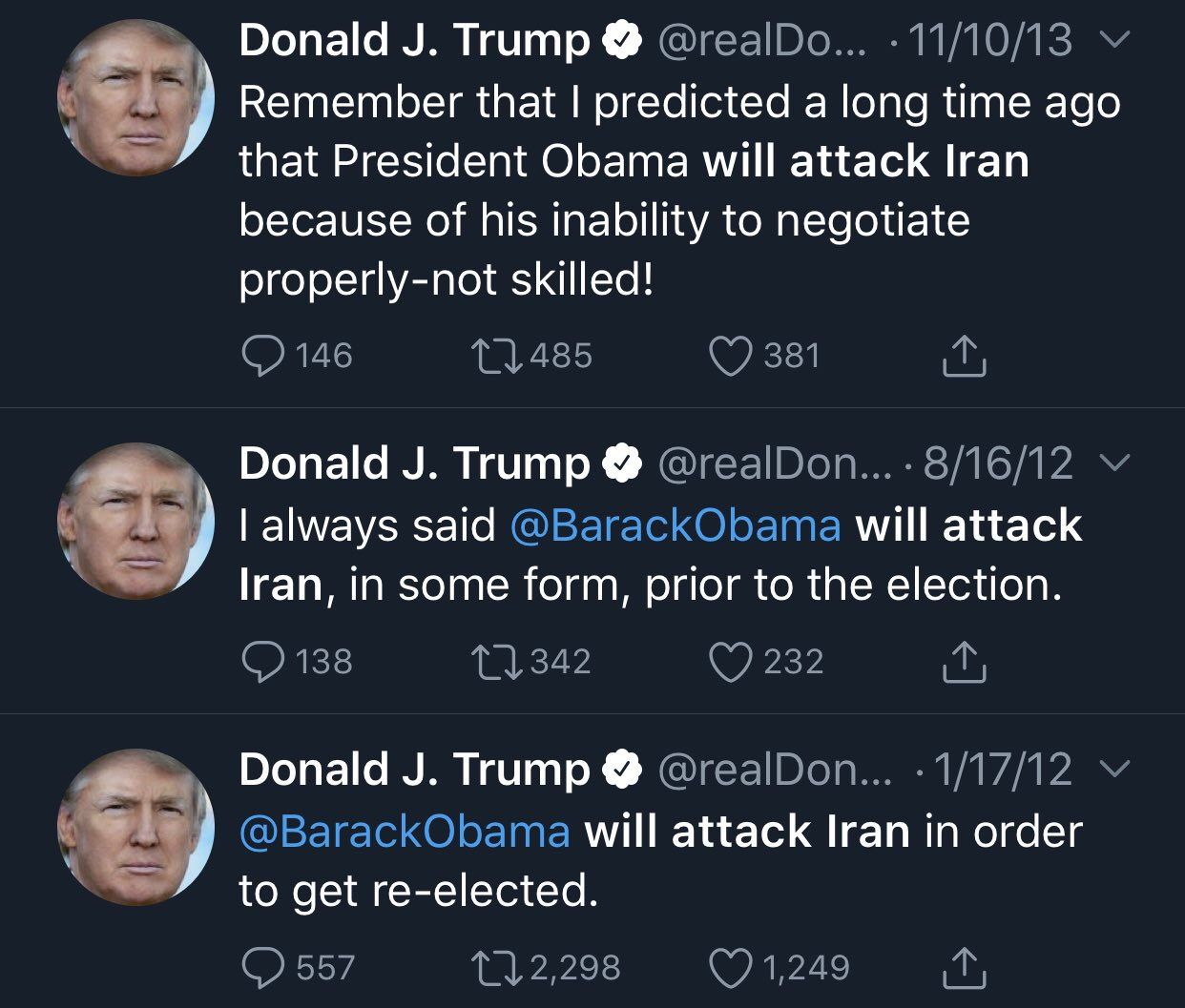