Saudi Arabia has claimed that its air defenses shot down two ballistic missiles over the city of Taif, just 65 kilometers east of Mecca, in the early hours of Monday morning. Saudi officials claim that another missile was intercepted over the Haddah in western Saudi Arabia.

The Saudi newspaper Okaz reported the missiles were intercepted as residents were breaking their day-long Ramadan fast. The paper claimed that the attempted attack was evidence that Yemen’s Houthis had no regard for the safety and security of Muslim pilgrims visiting Mecca during the nights of Ramadan. The Houthis have unequivocally denied any involvement in the attacks.

Mohammed AbdulSalam, a spokesman for the Houthi political wing Ansar Allah, said in a statement, “We avoid targeting civilians as well as holy places, and this [accusation] is Saudi bankruptcy,” adding “Saudi Arabia fabricated the Houthi threat [to Meccia] in order to mobilize official and popular support.”

The Yemeni army, which is allied with the Houthis, said in a statement in the wake of Saudi accusation: “This isn’t the first time the Saudi regime has accused us of targeting Mecca. The objective of these accusations is to gain support and approval for their monstrous aggression.” An army spokesperson noted that the Houthis have never denied previous military maneuvers, saying “We do not hesitate to announce our military operations.”

The Houthis did claim responsibility for last week’s attack on two Saudi oil pumping stations in the provinces of Dawadmi and Afif near the Saudi capital, Riyadh.

High-ranking officials in the Yemeni army, as well as the Houthi Political Council, told MintPress that the pumping station attack was not part of a regional effort to stir up tension between Iran and the United States, and was planned before those tensions came about.

The attack was carried out with domestically manufactured Houthi drones and reportedly caused a four-meter rupture in one of the station’s main oil pipes, in turn resulting in a 1000-square-meter leak in the area surrounding the facility. 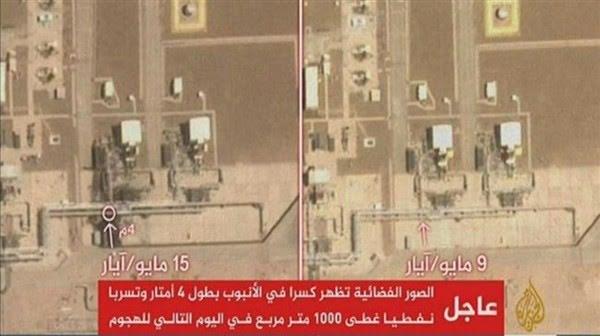 The Houthis have said that the attack on Saudi pumping stations was the start of an operation that will target 300 vital military and economic targets, including military headquarters and facilities inside Saudi Arabia and the United Arab Emirates, as well as Saudi-led Coalition military targets inside Yemen.

Yemen’s Houthi-allied military says the drone weapons are a necessary tool in the war and can serve as a means to finally reach peace — further pointing out that Yemen poses no threat to any country outside of the Saudi-led Coalition and has no aggressive intentions against its neighbors or U.S. interests in the region.

“We have no choice, we are being killed every day and our suffering has slid into oblivion in the rest of the world,” Amar Faress, a father who lost his entire family when Saudi airstrikes targeted his home in 2015, said of the Houthi strikes on Saudi Arabia. “Maybe the world will care about us if their interests are compromised.”

Meanwhile, a spate of Saudi Coalition airstrikes across Yemen this weekend into Monday took a predictably heavy civilian toll. Local witnesses told MintPress that at least four civilians were killed and 11 others injured when Saudi aircraft targeted a vehicle as it was traveling along a road in the Mustaba district of Hajjah province on Monday afternoon.

Over the weekend, three civilians were killed and a young girl sustained injuries when militiamen loyal to the Saudi-led Coalition shelled a home in the Qa’atabah district of the southwestern Yemeni province of Dhale.

Yemen’s humanitarian crisis remains the worst in the world and shows no sign of ending. UNICEF chief Henrietta Fore said that around 360,000 children now suffer from severe acute malnutrition, and half of Yemen’s children under five (2.5 million people) have stunted growth — an irreversible condition. More than 2 million of Yemen’s children are out of school.

Fore added that famine still threatens millions, and a new cholera outbreak continues to spread, claiming almost as many victims in the first four months of the year as in the entirety of 2018. Cholera has affected 300,000 people in Yemen this year alone, compared with 370,000 during the whole of 2018.