Supreme Court May Give Monday Hint On Abortion Agenda

While Alabama’s controversial new abortion ban may take years to reach the Supreme Court, two less sweeping abortion disputes from Indiana may provide clues as to how the Justices might rule on the matter, according to Bloomberg. 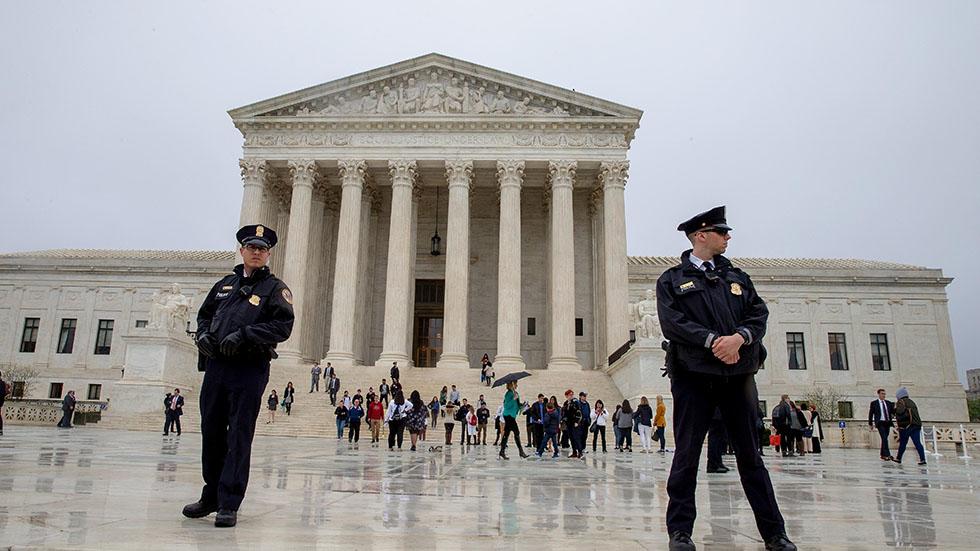 In one case, Indiana wants to ban abortions motivated by the risk of a genetic disorder and require that clinics bury or cremate fetal remains. The other bill would require than an ultrasound be performed at least 18 hours before an abortion. It will be up to the Supreme Court to take the case or not – as four votes are needed to accept it.

The appeals are the first in a growing list of cases revealing how the court’s conservative justices – in particular Chief Justice John Roberts and Justice Brett Kavanaugh – will come down on the topic. If the appeal is accepted, it would mean that in all likelihood either Roberts or Kavanaugh would have to join with the three most conservative justices to grant review, according to the report.

When asked during his confirmation process last August, Kavanaugh told Sen. Susan Collins (R-Maine) that he believes the 1973 Roe v. Wade is “settled law,” suggesting he may not vote to overturn it if confirmed.

Any case granted review in the coming weeks would be heard in the term that starts in October and be decided in the thick of the 2020 election campaign, when President Donald Trump will be seeking a second term. Restricting abortions is a top policy goal for the conservative and evangelical voters who helped elect Trump, and the president’s authority to nominate Supreme Court justices has proven to be a potent political motivator for Republicans.

The always-heated abortion debate took on additional urgency this month in response to laws passed at the state level. Georgia banned the procedure once a fetal heartbeat can be detected, something that can occur before a woman knows she is pregnant. Then Alabama made abortion a felony in almost all cases with a law designed to prod the Supreme Court to overturn the 1973 Roe v. Wade decision. –Bloomberg

2020 Democratic candidates have begun to use the issue to rally their base for a fight over what they describe as a fundamental reproductive right. And while some Congressional Republicans have shown support for Alabama’s law – the strongest abortion legislation in the country, others such as House Republican leader Kevin McCarthy (R-CA) say it goes too far because it does not provide exceptions for victims of rape or incest.

Justice Stephen Breyer said last week that judges shouldn’t reverse precedents simply because they do not agree with them. The liberal judge last week dissented from a Supreme Court ruling that overturned a 40-year-old precedent involving sovereign immunity.

“The law can retain the necessary stability only if this court resists that temptation, overruling prior precedent only when the circumstances demand it,” wrote Breyer, adding “Today’s decision can only cause one to wonder which cases the court will overrule next.”

Should the USSC reject the abortion-linked appeals, one or more of the justices could publicly dissent, or issue an opinion that would indicate what sort of discussions are going on behind the scenes.

An opinion may already be in the works in the case over fetal disposal and genetic disorders. Indiana’s appeal first appeared on the agenda for the justices’ private conference in January. It has been held over for 13 subsequent conferences since then, suggesting an unusual amount of internal wrangling.

Indiana argues that the fetal-disposal provision is consistent with the 1992 Planned Parenthood v. Casey decision, which upheld the fundamental right to abortion but said states have an interest in protecting the life of the fetus after viability.

“These interests arise because a human fetus alone has the potential to become a unique and independent human person,” the state said in court papers. “The same concern for the dignity of what was once a human life underlies the Fetal Disposition Provision.”

In striking down the fetal-disposal rule, a Chicago-based federal appeals court said it has “no rational relation to a legitimate state interest.” –Bloomberg

As Bloomberg notes, Indiana’s provision to ban abortions due to genetic disorders touches more directly on the core right to abortion – as it outlaws abortions based on a fetus’s race, gender or risk of genetic disorder such as Down syndrome. The state says they enacted the provision in response to “the alarming trend of disability-selective abortions.”

The appeals court said that the selective-abortion appeal would “violate well-established Supreme Court precedent holding that a woman may terminate her pregnancy prior to viability.”

As for the 18-hour ultrasound requirement, Indiana lawmakers argued that forcing a mother to absorb information about a fetus’s development and alternatives to abortion “informs a woman’s abortion choice and affords her the opportunity to reflect on the information conveyed.” A federal appeals court, however, ruled that the law “places a large barrier to access without any evidence that it serves the intended goal of persuading women to carry a pregnancy to term.”

The Supreme Court may also soon act on another Alabama law – with the state asking the Justices to revive a law that would effectively ban the “dilation and evacuation” method of aborting a fetus – in which it is dismembered and then removed from the uterus. Opponents say it would eliminate access to abortion after the 15th week of pregnancy.

The most likely candidate for Supreme Court review ultimately might be a Louisiana case that the four liberal justices could vote to grant. Louisiana is trying to require doctors performing abortions to have admitting privileges at a nearby hospital. A federal appeals court upheld the state’s measure, even though the Supreme Court struck down a nearly identical Texas law in 2016.

In February, Roberts joined the liberals in a five-justice majority to put the law on hold while the court considers taking up an appeal by clinics and doctors. Roberts gave no explanation but his vote reinforced suspicions he is inclined to move slowly on abortion. The court won’t say until at least this fall whether it will hear the case. –Bloomberg

Kavanaugh voted for the law, but said that doctors would have had another 45 days to try and secure the necessary privileges. He also said that he wasn’t in a rush to take the case, but that the majority “presumably” would vote to hear it in the next term.