“They Had Me At Gunpoint”: Hertz Customers Keep Getting Arrested For Driving “Stolen” Cars

If you rent a car from Hertz, you’re now on notice not to be surprised if you’re randomly pulled over and arrested for seemingly no reason at all.

This is because, according to The Drive, customers of the Florida rental vehicle company are being erroneously stopped and arrested due to a faulty computer system and plain old poor office management at the company.

The majority of mix-ups are a result of Hertz reporting stolen vehicles to the police when they were actually being legitimately rented by customers, causing major issues for anyone that is spotted in the vehicle, include unwitting and unknowing customers, and their passengers.

The report follows an ABC News expose that profiled affected customers who wound up in handcuffs and in the back of police cars in many of the cases. In a few cases, people even had weapons drawn on them and were taken into custody forcefully after disagreeing with the police. Some customers even wound up spending several hours in jail, with one case resulting in someone spending two weeks in prison. And in almost every instance, renters who are arrested erroneously are left to fight the charges they received in court along with the corresponding fines.

The recent claims don’t explain how the mix-ups happened in detail, but some of the renters reported switching vehicles, upgrading vehicles or reporting mechanical issues before being taken into custody. One driver returned a vehicle for a flat tire and was given a second one to drive. He said that after the company didn’t process the paperwork for the second vehicle, the car was inadvertently reported stolen and the police got involved. One other Hertz driver was alerted to an expired registration on her rental but was arrested before she could take the vehicle back.

Francis Alexander, an attorney that’s representing some of the falsely accused renters, is claiming that Hertz’s computer system has a glitch that led to a “companywide pattern” of reporting cars stolen. He claims that there are more than 30 cases around the country and the issue isn’t new. Some issues were reported last year and Hertz found itself paying tens of thousands of dollars in damages to the victims in civil cases as a result.

“The problem is Hertz has broken computer systems. They have broken policies around standard operating procedures and, as a result of that, good people are being thrown in jail. It’s shocking, it’s bad and it needs to stop,” Alexander said to ABC.

Hertz said, through a spokesperson:

“False reports of stolen vehicles are extremely rare. When it has occurred, it has been the result of unique and extenuating circumstances. In the rare instance an error within our controls has occurred we take responsibility.“ 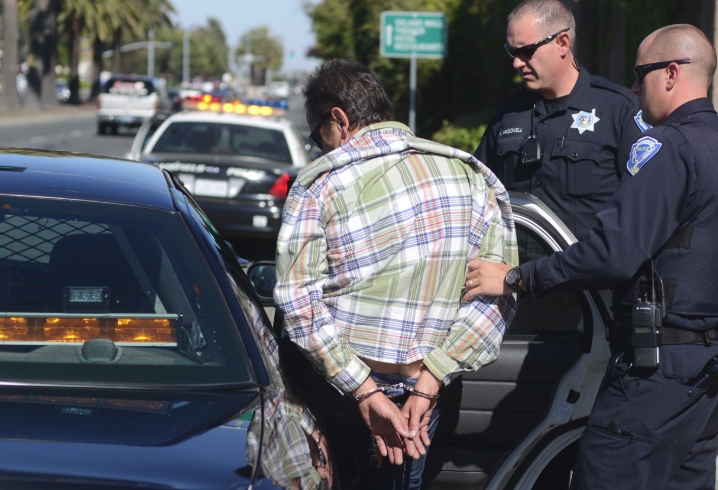 “Seven hours I was detained,” said Dina Johnson of Cleveland, Ohio, to ABC. “I’m terrified. Reliving it is unbearable. They gave me a stolen car!”

“Seven longest hours of my life. The humiliation, I’m just in shock,” she continued.

Magalie Sterlin said her 2017 rental from a Hertz in South Florida left her on the wrong end of a pistol: “They had me at gunpoint. I’m like what’s going on?” After being told her car was stolen, she said: “I’m like what? I said that’s impossible because I rented this car.”

“When I got out of jail I was told there was a glitch in the system,” she continued. “I’ve been fighting this case for about 2 years.”