On Wednesday, Morgan Stanley held an investor call for clients, led by analyst Adam Jonas, supposedly due to feedback after the company’s note yesterday, which saw the investment bank lower its “bear case” target to on the company to just $10 per share. This came, ironically enough, just weeks after the company helped Tesla perform a $2.4 billion financing.

To us, nothing smells more like another potential downgrade than letting “select” investors on a call that wasn’t supposed to be for media or for the public. Yet we get the funny feeling that the media – and the public – are going to hear all about the call and discuss it widely for days, if not weeks, to come.

Adam Jonas opened the call by talking about how optimistic 2018 looked – the company was generating cash and Elon Musk was saying they don’t need to raise cash. Demand was robust and all was right with the world, at the time. Then, 2019 happened… and somehow everything went to hell overnight.

Jonas contrasted 2018 by giving his interpretation of where things are today for Tesla: “supply exceeds demand, they’re burning cash, nobody cares about the Model Y, they raised capital near lows” and there’s been “no strategic buy-in”.

“Tesla’s is not seen as a growth story, it’s seen as a distressed credit and restructuring story,” Jonas said later in the call, suggesting that the next step for Tesla is an out of court debt restructuring and/or bankruptcy (preferably a Chapter 11).

Demand was the first domino, Jonas said, echoing what he put in his note on Tuesday. Additionally, at about 6 minutes in on the call, Jonas talked about the lackluster interest in the Model Y: “Excitement level is really low. There’s not much we know about the product.”

PlainSite, which documented numerous great quotes from the call, pointed out Jonas making comments about people running scenarios for what would happen in a reorganization scenario as part of their analysis of the business now.

…restructuring story?’ And people will begin to a— run scenarios about management—a management team that really went in there and cleaned house. What could they do to lower the break-even point? In terms of head count reductions or writedowns…” —Adam Jonas, Morgan Stanley $MS

Jonas also chimed in on the effects of the trade war: “Could there be a worse time to depend on China to sell robot cars?” he asked.

He also mentioned that the company’s debt was only now a burden, since the growth story has dried up. Even Jonas is seemingly unable to ignore the fact that the bond market is pricing the company’s 2025 bonds at 82 cents on the dollar: “No one really cares about debt; no one cares about the CDS as long as you’re growing. When questions are calling into your growth these numbers start start to be noticed,” he said, sounding exasperated.

Jonas then went on to talk about the company’s 5 year CDS prices: “Nevertheless, the CDS on Tesla I believe the  five-year CDS this morning was 673 basis points. That compares to Ford Motor Company at around 200.” While the implications are clear, the price implies a 46% probability of default in 5 years. 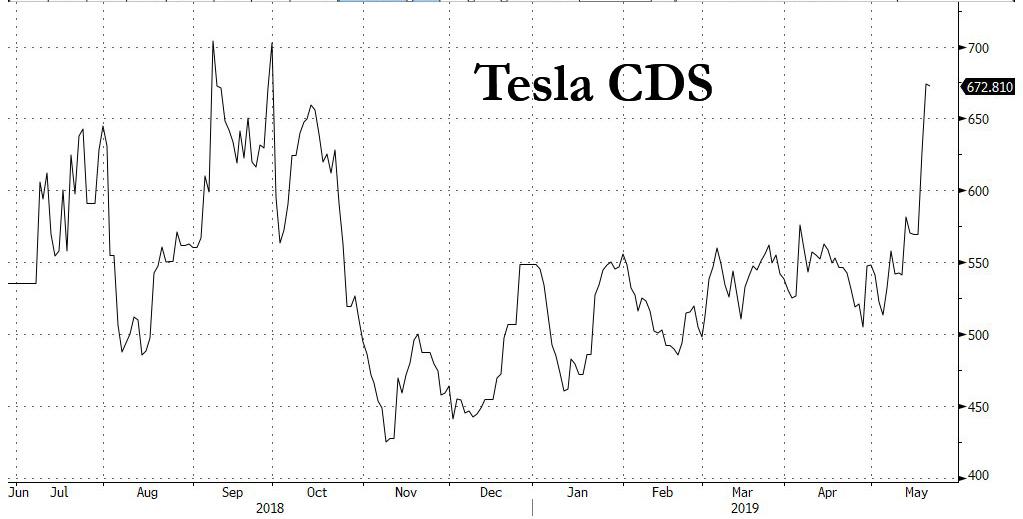 He claimed that after inquiring with Morgan Stanley’s credit desk about the price of the company’s CDS, they informed him that it is pricing in “a 10% chance of default”.

You can listen to a full leaked version of the call here.

Naturally, Twitter had a field day as it was ongoing:

Adam Jonas – “I was told that the one year CDS spread as of yesterday was 588 basis points…the probability of default in one year is 10%” while Hertz default probability over the same year was 1%. $TSLA $TSLAQ

Man, there is nothing is this call to institutional managers that says hold. This is “Get out today, I’m downgrading this turd tomorrow.”$TSLA $TSLAQ

40 min into Jonas call and no mention of robotaxis. No one accepting Elon’s BS $TSLAQ

Adam Jonas – “We asked members of our fixed income division and trading desk what does 588bps [CDS] translate to in terms of default risk”. The answer: probability of default in one year is ~10%.

Let that set in

Recall Jonas had slashed his bear case on the company to just $10 yesterday, from $97, “driven primarily by our concerns around Chinese demand for Tesla products.”

As a result, the bank’s range of price targets for Tesla is easily one of the funniest charts encountered this year: 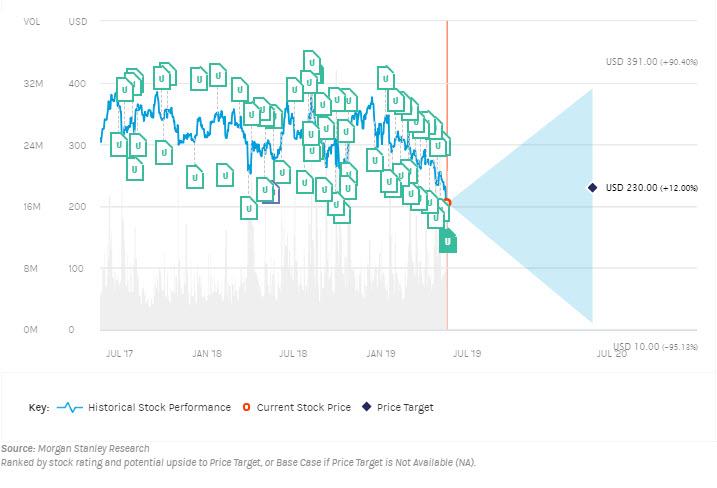 Jonas opened Tuesday’s note by reminding readers that the company’s 5 year CDS is at 674 vs. Ford at 200, saying that Tesla “has among the widest ranges of outcomes and uncertainty of any major auto firm”. With MS’s bear case at $10 and other clinically insane optimistic analysts on the name predicting $4,000 per share, that’s one assertion Jonas is clearly right about.

We have long held that Tesla’s share price performance is driven by: demand for its products, ability to generate cash flow, and access to capital markets. This year’s sharp deceleration in demand has led to a substantial curtailment of the company’s ability to self-fund through free cash flow generation, at the margin potentially impacting the firm’s access to capital. Tesla’s recent $2.7bn equity and convertible debt raise may provide an extra year of liquidity to run a business of this size and cash consumption. However, Tesla may now find itself in a cycle where a lower share price may itself contribute to a potential deterioration of employee morale as well as potentially increased counterparty risk with both customers and business partners (suppliers,governments)… potentially further impacting fundamentals.

He then reminded the Musk collective of the importance of demand, or lack thereof, saying it is “at the heart of the problem” and adding that the company may have over-saturated the market outside of China:

We believe Tesla may have over-saturated the retail market for BEV sedans outside of China. Tapping into new demand could require aggressively expanding into: 1) the Chinese domestic market, 2) lower-priced SUVs, 3) and logistics/mobility fleets. Tesla is a large and highly vertically integrated company, capacitized to build between 500k and 1 million units annually. In our opinion, Tesla has grown too big relative to near-term demand, putting great strain on the fundamentals.

If that wasn’t enough, Jonas also slammed the “departure of key executives, price discounting, and extraordinary cost-cutting efforts add to the narrative of a company facing real potential stress.”

The bottom line? This: 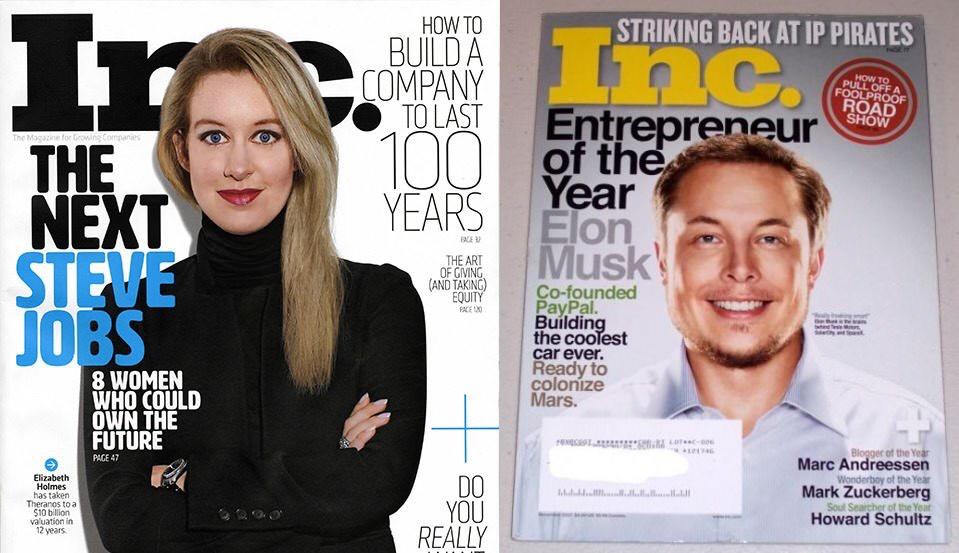