Mississippi Floodway May Be Opened, Unleashing 17 Million Liters Of Water Per Second

One of the major barriers that keeps the Mississippi River on its course could be opened for only the third time in its history. The opening would be the result of rising river levels and could also flood parts of Louisiana, which would affect businesses in the region, according to Bloomberg.

The Army Corps of Engineers may be forced to open the Morganza Floodway, a lengthy dam-like barrier that redirects 600,000 cubic feet, or 17 million liters of water, per second to take pressure off the Mississippi. The river has been at high levels since last October as a result of massive rainfalls that have also had a negative effect on crops in the region. 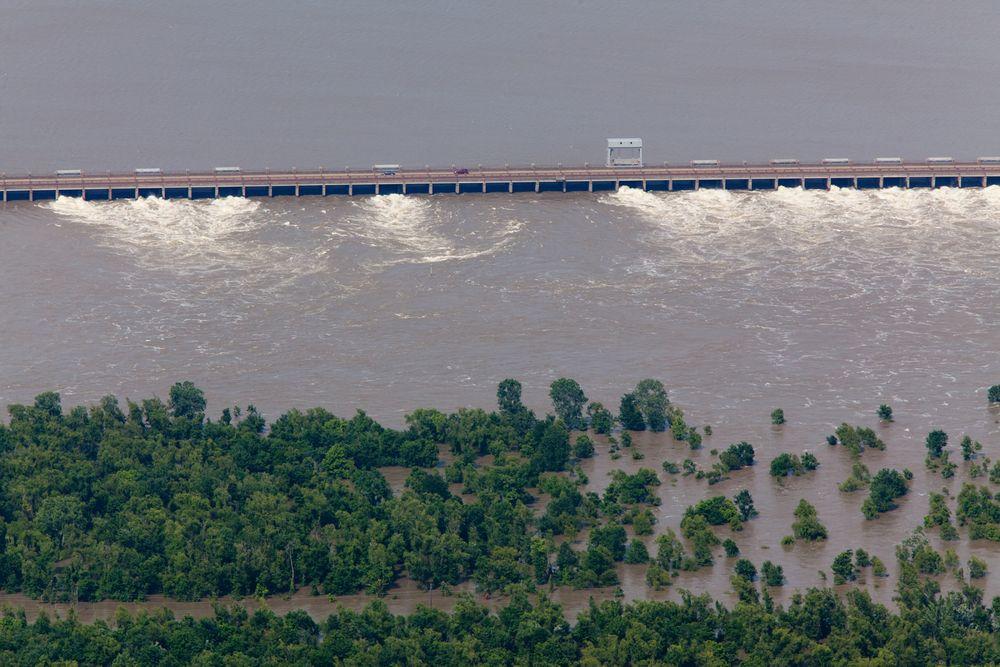 The floodway is about 45 miles northwest of Baton Rouge and, when opened, sends water into the “rural area between the Atchafalaya and Mississippi Rivers in central Louisiana.” 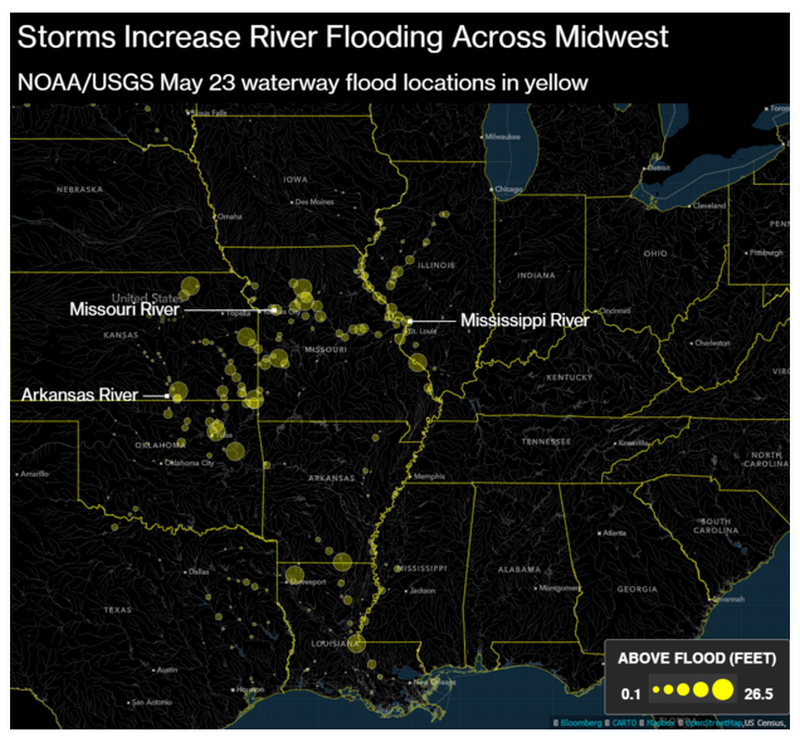 The area along the river between New Orleans and Baton Rogue is littered with refineries, chemical plants and grain elevators. High water on the river has already caused delays for shipments of raw materials in and out of these businesses and, due to the high levels, traffic through Vicksburg was shut down earlier this year already.

Exacerbating things further is the fact that meteorologists are calling for a new deluge into the river as a result of thunderstorms across the Great Plains and the Midwest this week. A large amount of this water will flow into the Mississippi, coupled with water from the Arkansas river.

Jeff Graschel, service coordination hydrologist with the Lower Mississippi River Forecast Center said: “We are really close to the trigger levels.” Speaking to Bloomberg, he added that while the Mississippi could dip lower in the next few days, forecasters are expecting a new deluge caused by a week’s worth of thunderstorms across the Great Plains and Midwest to send the river rising again by the end of next week.

John Bel Edwards, the state’s governor will be holding a press conference to explain the action he will take.

The floods occurring now are not as severe as they were in 2011, which was the last time the floodway was forced open. River levels are about 2 feet lower than they were during 2011.

The Bonnet Carre Spillway, about 28 miles downstream, was opened in February to help prevent flood risk in New Orleans.