Chicago Schools Blow $54,000 To Reprint Yearbook Because Kids Made “OK” Hand Gesture In Some Photos

Two Chicago high schools are going to be spending $54,000 to reprint yearbooks after discovering several photos of students making an “OK” hand gesture that had been joked to be associated with racism on sites like 4chan, according to CBS. 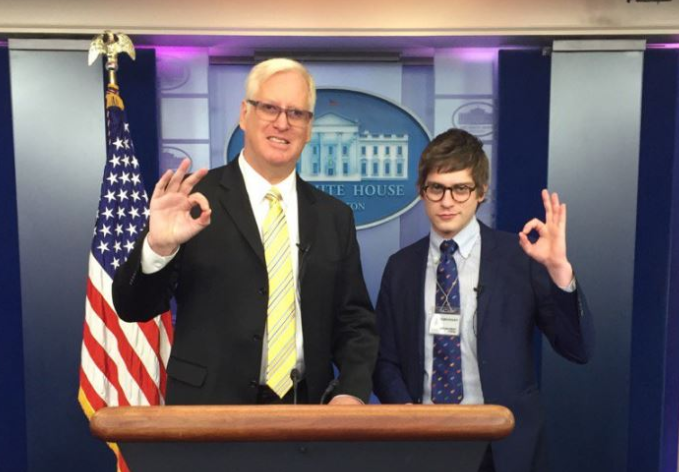 As the Southern Law Poverty Center says, the symbol was basically conceived for the sole purpose of trolling and “triggering liberals”:

The smirk that almost inevitably accompanies the “OK” sign, that simplest of hand signals, is the dead giveaway in the shroud of internet-age befuddlement: Does the sign, the thumb and forefinger joined together in a circle, the remaining three fingers splayed out behind, mean “all’s good?” Or does it mean “white power” instead?

The smirk gives away the proper answer: You’re being trolled.

The social-media-driven controversy over the meaning of the well-known hand sign has arisen in part as the result of a deliberate hoax concocted on the internet message board 4chan, which in addition to its well-earned reputation as a gateway to the racist “alt-right” is perhaps more broadly known as the home of trolling culture.

So when it gets flashed during a national broadcast, or during a video being shot to promote the Coast Guard, or by a cluster of Proud Boys and “Patriots,” what it’s about most of the time is a deliberate attempt to “trigger liberals” into overreacting to a gesture so widely used that virtually anyone has plausible deniability built into their use of it in the first place.

The hand gesture, sometimes called the “circle game” is formed by making an “OK” symbol with your fingers and sometimes turning it upside down. The “circle game” used to result in the symbol flasher doling out a friendly punch in the shoulder to any person whose eyes made their way onto the symbol, which used to be flashed in purposefully unexpected places in order to “catch” onlookers. It was a staple and a mainstay in frat houses and high school locker rooms long before it was ever (even falsely) associated with racism. 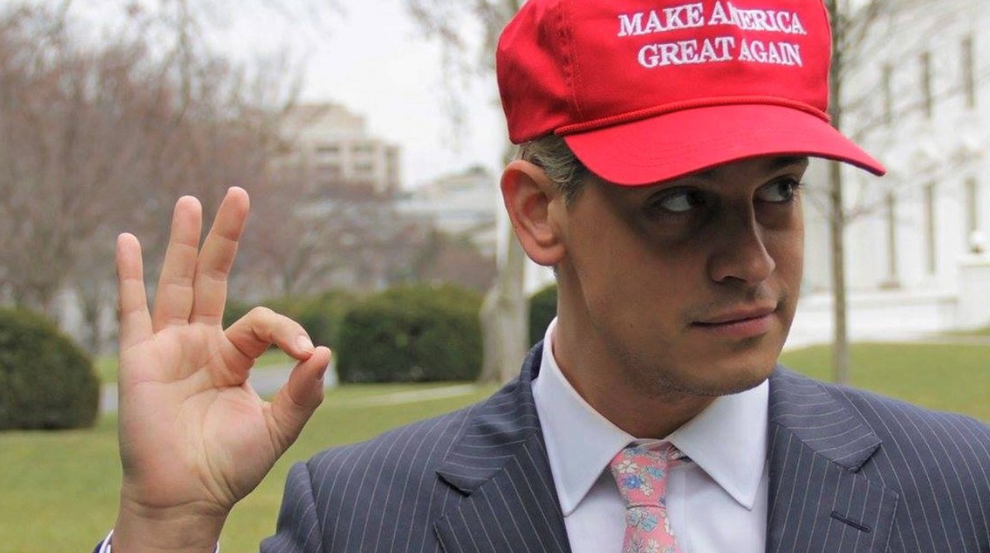 But now, school administrators – who are always so in touch with younger students – have decided that it has “taken on a sinister connotation, because far right racist groups have been using it to advocate for white power.”

This prompted the District Superintendent, Joylynn Pruitt-Adams, to write an email to parents stating:

“The sign has more recently become associated with white nationalism. The photos in question, as well as all the other club team/photos in which students are striking poses and making gestures, will be replaced with the straight-forward group shots.”

The school board also had considered putting stickers over the photos as an alternative to a reprint but ultimately decided that dropping $54,000 in taxpayer money was a better idea, as stickers may have drawn even more attention to the photographs. Because reprinting the entire yearbook isn’t going to draw any attention to them, either.

Stickers would “place a cloud of suspicion over all the students in those photos, regardless of whether they used the sign or not,” Pruitt-Adams wrote in the letter.

“Regardless of intent, however, there is a real and negative impact. Many students, not only our students of color, experience this gesture as a symbol of White supremacy. Potentially subjecting our students to this trauma is simply not acceptable.”

The best part is that the photos were taken in October 2018, which was “before the gesture was widely known to have any association with white nationalism,” school officials said.

So now, while other students worldwide are signing yearbooks as the school year closes, students at Oak Park and River Forest High Schools will have to wait another four weeks for their yearbook reprint. All because administrators can’t seem to get over the fact that something, somewhere, in someway, may inadvertently represent one iota of racism in some circles elsewhere across the world.

Instead of signing yearbooks normally, students will be given an eight page blank booklet to sign while they’re waiting for the yearbooks to arrive.