To avoid an extended housing decline, millennial first-time homebuyers will be needed to shore up bids, but their student loan debt, auto loan debt, and significant credit card balances and overpriced real estate in all major cities are delaying their purchase plans for many years, reported Bloomberg.

Since the Dot Com bust, first-time homebuyers of young Americans has dropped 9%, from 42% of total sales to 33%. America’s declining living standards have contributed to a shrinking supply of low-priced homes. 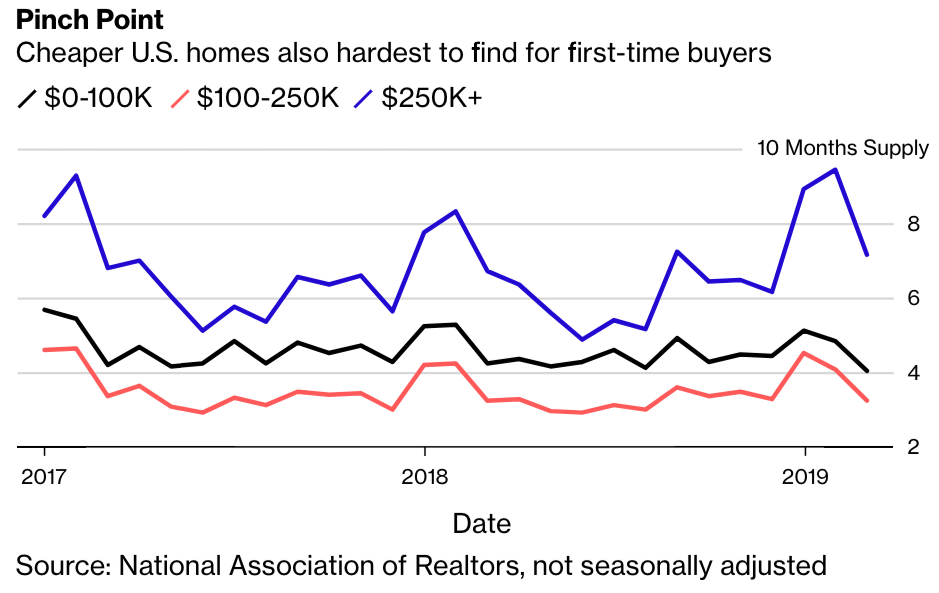 Debt loads held by millennials exceeded well over a $1 trillion at the end of last year. On top of that, 60% of them don’t have $500 in savings, which is also contributing to their inability to buy a home.

Financial stress among this heavily indebted generation is showing up in record debt delinquencies of student loans.

Student loans “have completely broken with the business cycle,” NY Fed researchers wrote in a report last week that showed student loan growth continued to increase even as other forms of debt growth slowed. With a majority of millennials holding student loans, the homeownership rate for Americans 35 or younger continues to fall. 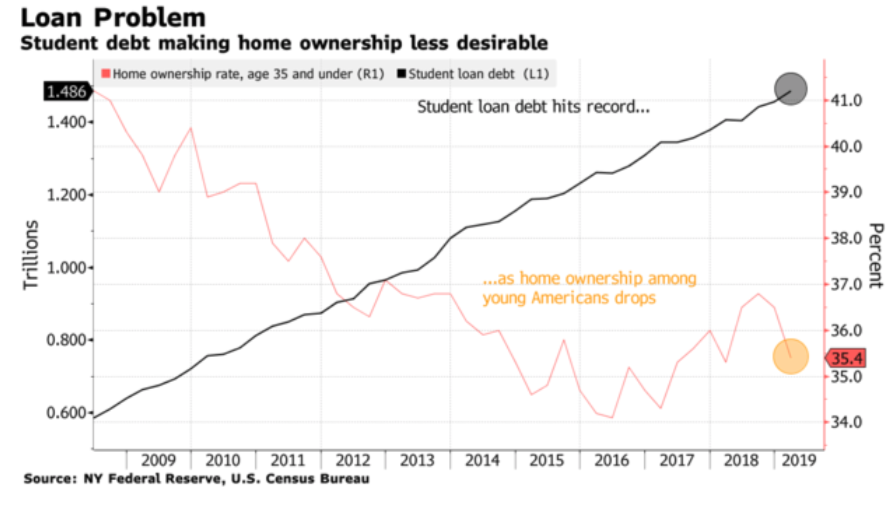 While the student loan bubble is set to implode in the next downturn, young people might not be able to buy homes until the mid-2020s, this is primarily due to their credit reports would be so devastated in a recession that lenders would have to deny young applicants on tighter lending standards.

New Fed data shows young people are defaulting on their student loans much sooner than a decade ago. 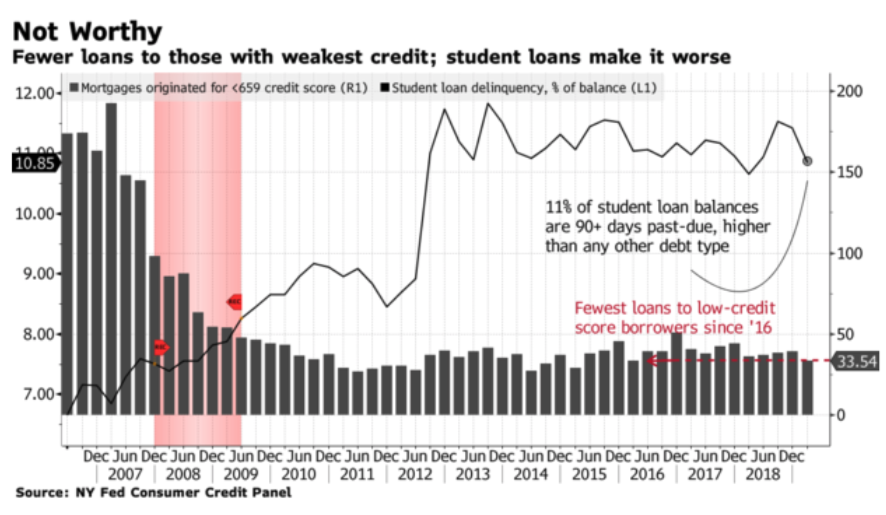 The poor financial health of millennials shows that in the next downturn – the housing market will have limited bidders to catch the proverbial falling knife. It could be at least a half decade (the mid-2020s) until this heavily indebted generation can purchase a home.