Yellow Vest protesters and other activist groups clashed with police in Brussels on Sunday, the final day of voting in EU and domestic elections. 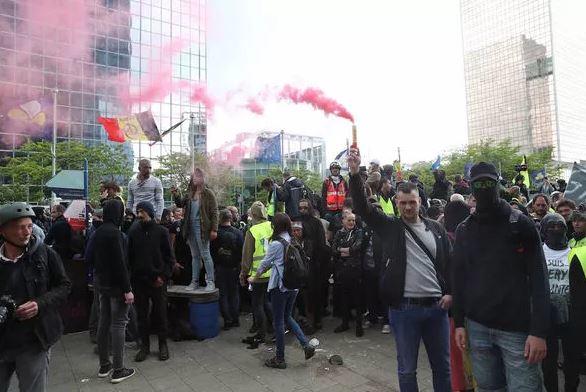 Footage shows multiple scuffles between protesters and riot police, prompting the deployment of tear gas and batons. Protesters at Brussels Nord Station chanted “everyone hates the police,” as a helicopter hovered overhead.

“the protestors and police again clashed outside the headquarters of the European Institution headquarters in the heart of the city.

The rioters then moved on to the headquarters of Belgium’s domestic Socialist Party (PS), where they were said to attack the building with paint bombs.

Police continued to hit back at rioters with tear gas and water cannons as they struggled to keep up with them.” –Express

Many of the Yellow Vests are demanding a more direct form of democracy using popular referendums, known as RIC (Citizens’ Referendum Initiative) – in which any proposal that gathers over 700,000 signatures would trigger a national referendum to be held within a year, according to the Express. 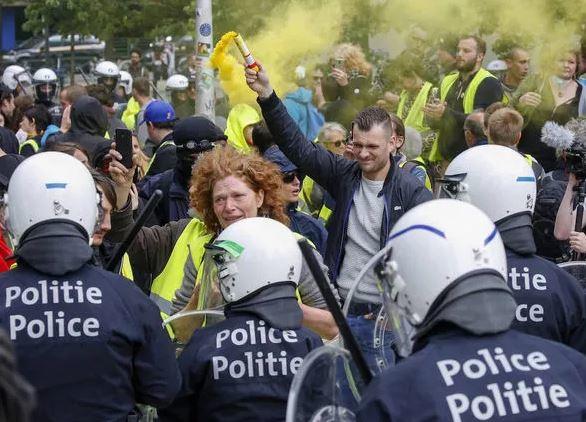 “RIC is the only way to rule a real democracy,” said French Yellow Vest André Lannée, who added “we are citizens, we want to decide the way our country is ruled.”

#YellowVests take to the streets of #Brussels on election day

Unhappy Romanians stood in line for hours to cast their ballots.

People are NOT HAPPY at the Romanian consulate’s voting station in Brussels. There are queues of up to 7 hours to cast ballots, and frustrated voters are chanting “Thieves!” at electoral officials. #EUelections2019 pic.twitter.com/BCaLxMPi84 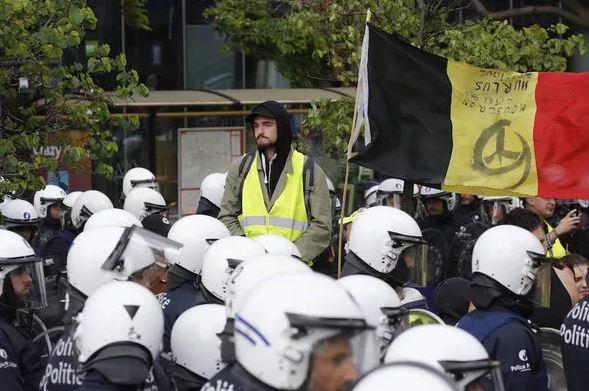 Since then, the protests have turned into a general rejection of French President Emmanuel Macron’s administration, and other administrations around the world.