Three French citizens who joined ISIS and have been sentenced to death in Iraq, after being found guilty of joining the Islamic militant group. 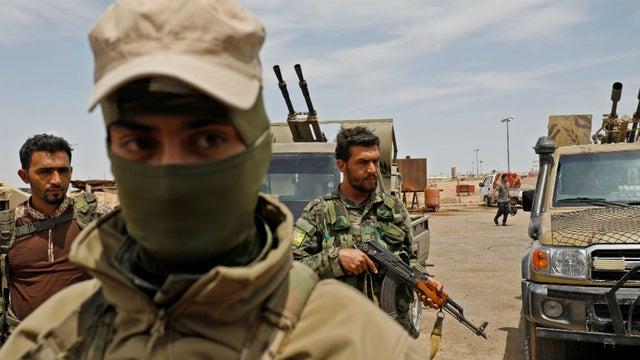 The men, Kevin Gonot, Leonard Lopez and Salim Machou were three of 14 French nationals belonging to the Islamic State arrested in Syria and turned over to Iraq by Syrian Kurdish forces. According to the BBC, here is what is known about the three men – who will be the first French IS suspects to receive the death penalty.

Gonot, 32, is from south-eastern France. He is believed to have entered Syria through Turkey to join the al-Nusra Front, a branch of al-Qaeda, before pledging allegiance to IS.

He was arrested in Syria with his mother, his wife, and his half-brother in December 2017. A French court has also sentenced him in absentia to nine years in prison.

Machou, 41, belonged to an IS cell composed of European fighters that has carried out attacks in Iraq and Syria and planned others in Paris and Brussels, according to the Centre d’Analyse du Terrorisme (CAT), a French think tank.

Lopez, a 32-year-old from Paris, also travelled with his wife and two children to IS-held Mosul in northern Iraq before entering Syria, CAT quotes French investigators as saying. –BBC

Human rights organizations have been critical of trials of suspected Islamic State militants in Iraq, saying that they often rely on circumstantial evidence or forced confessions. 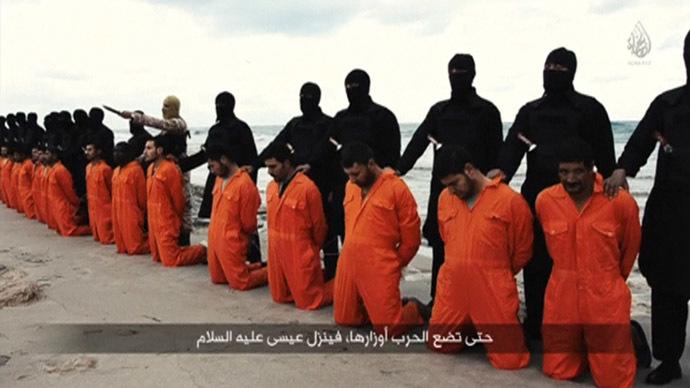 French President Emmanuel Macron has so far declined to comment on Sunday’s court ruling, saying it was a sovereign matter for Iraq. France has long maintained that Syria or Iraq should have authority to try any French nationals locally. And as the BBC notes, “Iraqi courts have already meted out hefty sentences to hundreds of foreigners detained on its soil, often after lightning-quick trials.“ 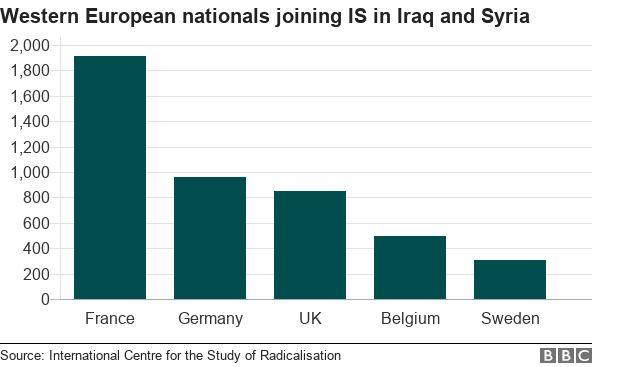 Why did the Syrian Kurdish forces take them to Iraq?

After years of fighting with IS in Syria and Iraq, Iraq declared victory on its side of the border in late 2017. Meanwhile, a US-backed alliance of Arab and Kurdish fighters – the Syrian Democratic Forces – have captured an estimated 1,000 foreign fighters in Syria, which Iraq has offered to try through their court system. Until now, nobody had been executed.

The vast majority of IS militants are believed to have been either killed or captured. It is unclear how many foreigners have died.

Researchers suggest at least 7,000 have travelled back to their countries of origin.

Those countries have raised concerns about bringing hardened jihadists back and the challenges of gathering evidence to support prosecutions. –BBC 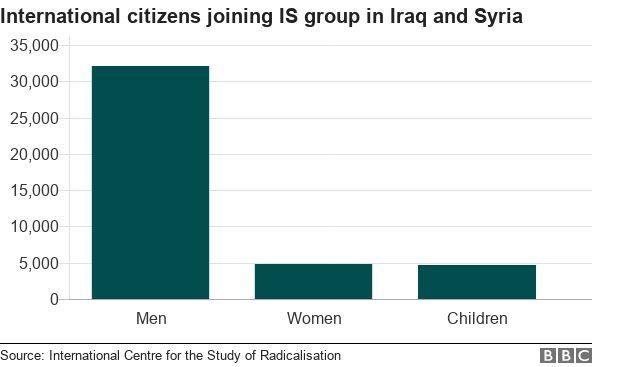 In February, President Macron said that he would visit Iraq in the coming months (which still hasn’t happened), after France announced a $1.1 billion pledge in reconstruction funds for the war-ravaged country thrown into chaos on the false claim that former Iraqi President Saddam Hussein had weapons of mass destruction.

“Iraq needs to recover its leading role in the region,” said Macron, urging his own government to ensure an “inclusive political system” to avoid the sectarian violence that has spread across the country.

Macron also backed President Trump’s decision to leave around 200 US soldiers in northwest Syria after previously announcing a complete troop withdrawal. “We will continue to work in the region as part of the coalition” which has retaken the ISIS “caliphate” in the region, said Macron.

Of note, none of the recent 1,500 troops that Trump is about to deploy to the Middle East will be going to Iraq or Syria.