In what may be the biggest shock from today’s European parliamentary elections, President Emmanuel Macron suffered a major blow with French voters set to hand a victory to Marine Le Pen’s National Rally, picking the vocal Eurosceptic and nationalist over the former Rothschild banker. 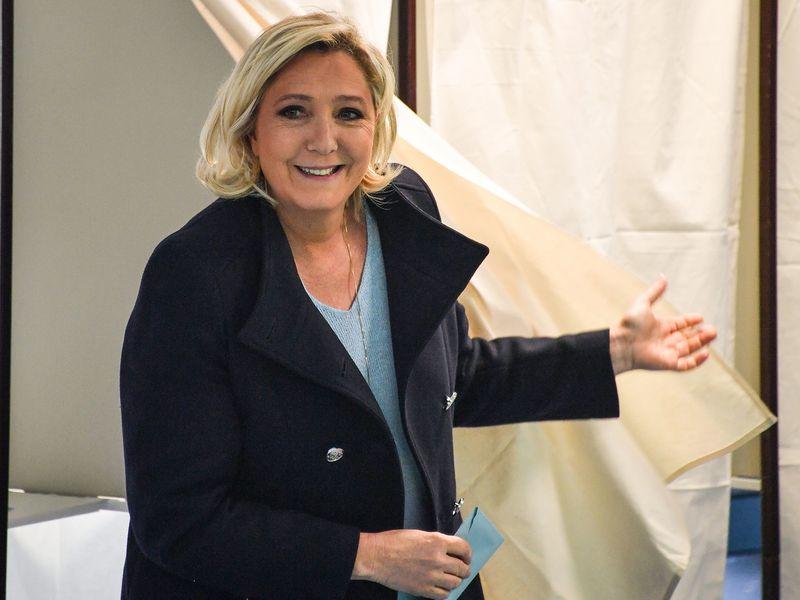 Macron’s En Marche (Republic on The Move) will have just 22.5% of the vote compared with 24% for Le Pen, according to pollsters Ifop. With Macron and Le Pen neck and neck ahead of the elections, the outcome will be a humiliation for the liberal politician who said before the elections that everything less than 1st place would be a defeat.

Rounding out the The Greens were third with 13%, the conservative Republicans got 8%, while the implosion of the Socialists continues, coming in dead last with just 6.5% of the vote. 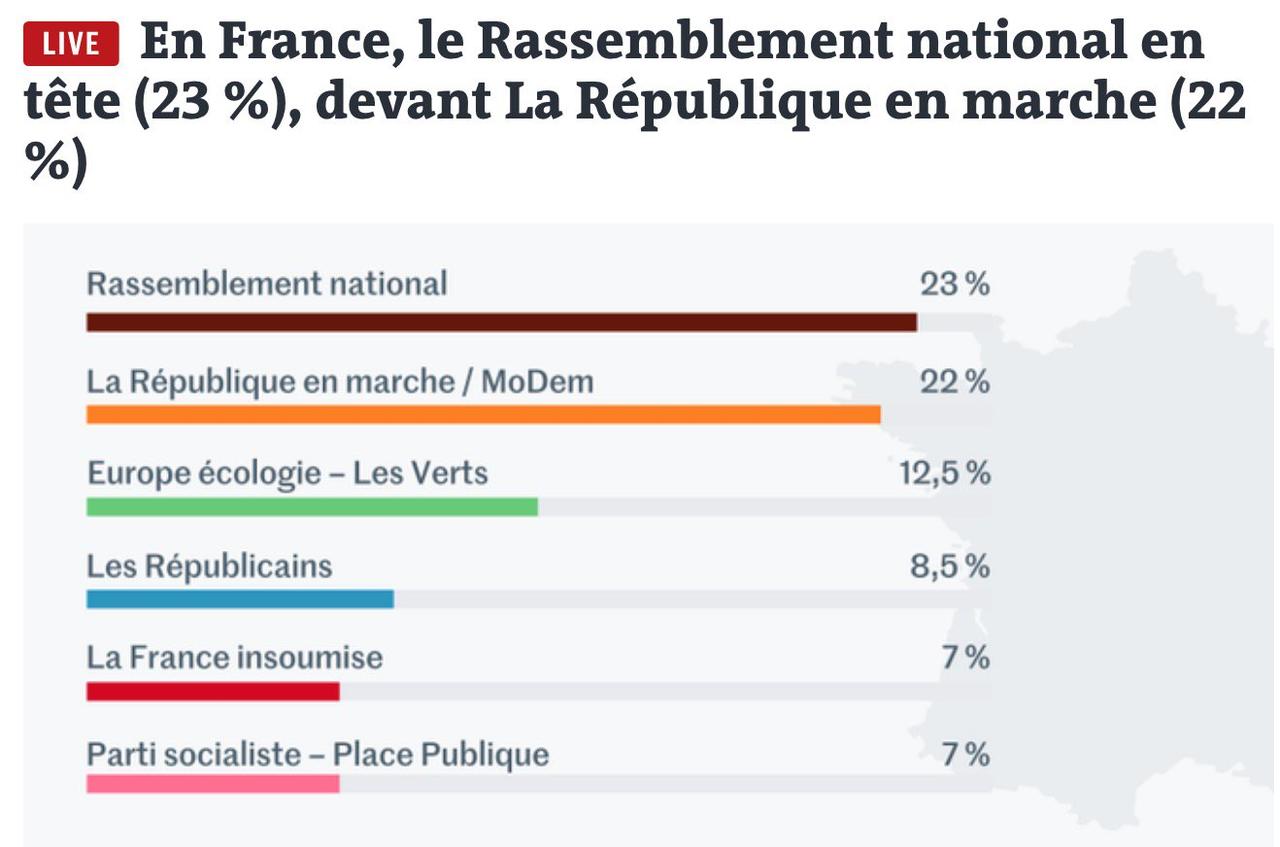 Macron’s default took place even as turnout was up around 10% points from 2014, however the increase was particularly marked in regions where Le Pen’s party has gained ground in the past years. In other words, as establishment apathy gets entrenched, the populist vote is increasingly demanding to be heard.

It gets worse: to the shock of globalists and statists everywhere, this is Le Pen’s second straight victory in the EU vote. In 2014 she beat the conservatives by 4 percentage points with Macron’s Socialist predecessor Francois Hollande trailing in third.

As Bloomberg notes, the result is a setback for the 41-year-old Macron who played a more prominent role in the campaign than any other European leader as he sought to mobilize voters.

The president is fighting for legitimacy as he tries to persuade the rest of the European Union to pursue tighter integration. Polls in Germany showed Chancellor Angela Merkel’s Christian Democrats came first, although with fewer seats than last time.

“For Macron this was a defining election and it’s him who made it like that,” said Bernard Sananes, president of Elabe polling institute. “Finishing second would mean a sense of isolation in Europe.”

Today’s vote followed months of relentless protests which have seen looting and vandalism in Paris. Macron responded with a raft of new spending plans and tax cuts to appease the Yellow Vest movement but the measures failed to convince voters.

Meanwhile, Eurosceptic, anti-establishment and hard-right parties were also expected to top polls in the UK, Italy, Poland, and Hungary. Nigel Farage’s Brexit party was in contention to be the biggest single national party in the parliament, potentially beating both Angela Merkel’s Christian Democratic Union and Matteo Salvini’s rightwing League.

Germany’s left-right grand coalition faced a potentially significant electoral shock, with estimates indicating the Green party had made a historic breakthrough, taking 20.9 per cent of the vote. Philippe Lamberts, leader of the Green group, said: “To make a stable majority in this parliament the Greens are now indispensable.”

This pushed the center-left Social Democratic party into third place for the first time in nationwide elections, raising pressure on party leaders to rethink their federal alliance with the centre-right CDU and the CSU, its Bavarian sister party.

While the EPP remains the biggest group in the parliament, its diminished size may hamper Manfred Weber, its lead candidate, in making a claim to the presidency of the European Commission.

EPP parties were in first place in Germany, but Merkel’s CDU secured 28%, seven points down on its vote share in 2014. Finally, Austria’s Sebastian Kurz said he was “speechless” after a crushing victory, securing a third of all votes in spite of a corruption scandal that has brought down his coalition government with the far-right Freedom party.