Ironically, all that needs to happen for the trade war to end is for the S&P to drop back to 2,300… but market won’t let that happen as it is convinced Fed or Trump put will kick in first.

… and which Bloomberg picked up on yesterday, here is some additional gloom from former Lehman macro trader and current Bloomberg markets commentator, Mark Cudmore, who recently turned fully bearish for the first time in five years, and who explains why “equity investors are acting like frogs in boiled water.”

U.S. equity investors have become inured to trade war news and risk being blind-sided as stocks likely trade much lower in the months ahead.

The relationship between the world’s two largest economies has deteriorated significantly in the past month. The negative ramifications for global growth and company earnings will be immense, and yet the S&P 500 Index has slipped just 4% from its record high. This isn’t proof of resilience — it’s evidence of misplaced complacency. Stocks were already looking overvalued four weeks ago, before the trade war re-ignited.

There’s a lingering belief the U.S. and China will work things out, even though there’s little evidence to support it. A senior Chinese government researcher said last week the countries may be stuck in a cycle of “fighting and talking” until 2035.

Many financial commentators have argued that a deal would be mutually beneficial, whereas the current path just leads to mutual economic harm. That’s entirely rational but also completely irrelevant to analyzing the reality of what’s happening. In theory, a deal could be agreed later this year, but the signs aren’t pointing there yet. And even if some agreement is eventually reached, it will be many months down the line, after much economic damage is done. Damage that’s barely reflected in today’s elevated U.S. stock prices.

The SPDR S&P 500 ETF Trust shows short interest rising to a multi-year high, so why is the equity market not slumping? Mainly because passive investment — funded by retail money — is showing little desire to pull out en masse. 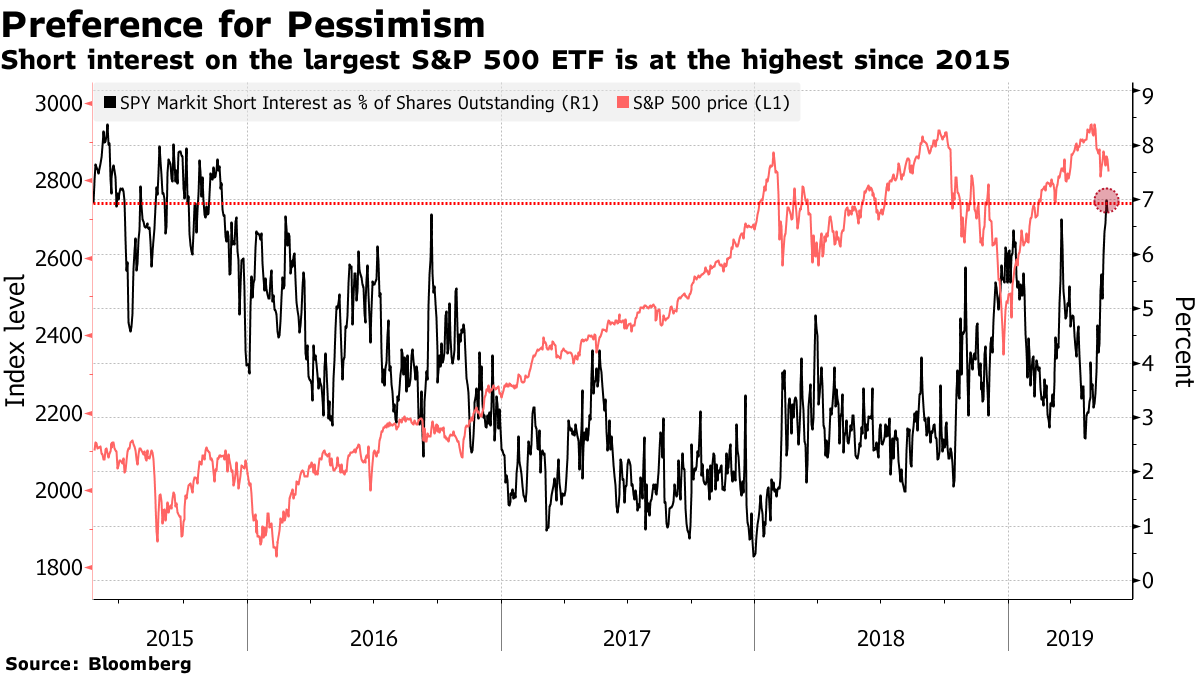 Combine that with trend-followers and a hedge fund industry still stuck on buying the dips, and this market appears way too reactive rather than proactive.

Bullish investors are like frogs in a pot of water slowly coming to a boil. The trade war has been going on so long they haven’t noticed how much things have heated up. They could still get out of the stock market now without getting harmed, but most won’t. They are hoping the chefs will turn off the heat and all will be okay.

Each day until the trade war ends, the environment for equity investors will get a little worse. That may only register when the pot boils over and investors get burnt by the losses that look almost certain to come. 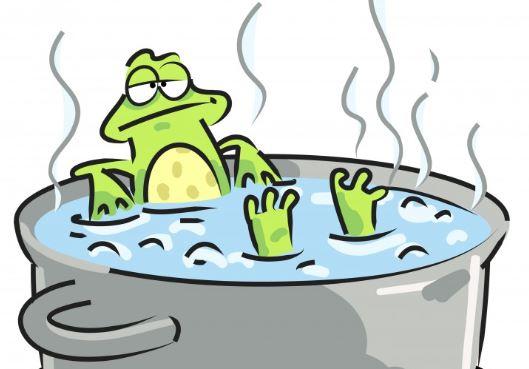