London Somalis Sending Teens Back To Africa To Escape Stabbings

Hundreds of British Muslims of Somali descent are sending their teenage children back to East Africa in order to avoid injury or death via stabbing, according to the BBC.

London has experienced 51 stabbing deaths in 2019, while the UK overall has seen 100. According to the report, 8% of victims have been of Somali heritage.

The Somali teens, meanwhile, say that they feel much safer in Africa despite the UK’s Foreign and Commonwealth office advising citizens against traveling to Somalia, as well as threats of terrorism across Kenya (It probably helps if one is a practicing Muslim). Somalia was named the 13th most dangerous country in the world last year by the Foreign Office.

The BBC‘s Victoria Derbyshire interviewed one Somali mother, Amina, who told the network how her 15-year-old son was stabbed four times, just 17 days after his year-long stay in Somalia.

“They damaged his bladder, his kidneys, his liver. He’s got permanent damage,” she said, adding “He was safer there [in Somaliland] than he was here, 100 per cent more safe than in London.”

According to Islington mayor Rakhia Ismail – a Somali immigrant to London and mother of four – some areas of the city are not safe for young people. She estimates that 40% of UK Somali families are taking their children back home. 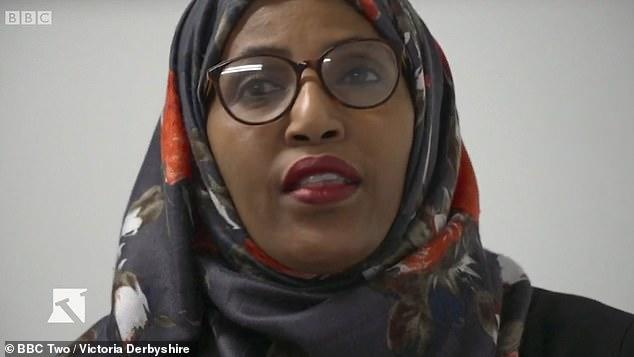 Dr Fatumo Abdi – a mother of Somali origin – said parents were struggling to know how to react to knife crime.

“This is not something they’ve encountered before. But we know living here in Britain, the context is Britain. This is a British problem and it’s a problem that we’ve fallen into.

“It’s not the answer but these are desperate parents.”

She believes poverty, inequality and exposure to violence are big factors as to why young people fall into criminality.

“Our communities are living in very poor disadvantaged areas with poor educational attainment. All these things affect how our children move through the world.” –BBC

And as the Daily Mail points out, there have been an average of two murders per day in the UK – the highest level in a decade.

Somali mentor Jamal Hassan explained to BBC that parents will do anything to protect their children.

“If it means that child doesn’t finish school, college, university or he will not have a good job by the time you come for them the future is not really important. What is important is that child’s life.”

21-year-old ‘Yusuf’, who grew up in London, told Hassan that he moved to Nairobi because he was seeing people getting stabbed “every other day,” adding “There are people in my neighbourhood, someone who I really knew, who lost his life.”

One mother who sent her child to Africa in a bid to avoid London’s knife crime said she can now sleep at night knowing that the police sirens she hears have nothing to do with her son.

London’s latest stabbing comes just two days after a 23-year-old was knifed multiple times in Tower Hamlets at 4.30pm in the afternoon.

He was the 50th victim so far this year – and it was the eighth murder in the capital this month as Britain struggles to get to grips with a knife epidemic. –Daily Mail