New York University has dumped a journalism class taught by a former ‘fact checker’ for Media Matters and the New Yorker, after just two students signed up. 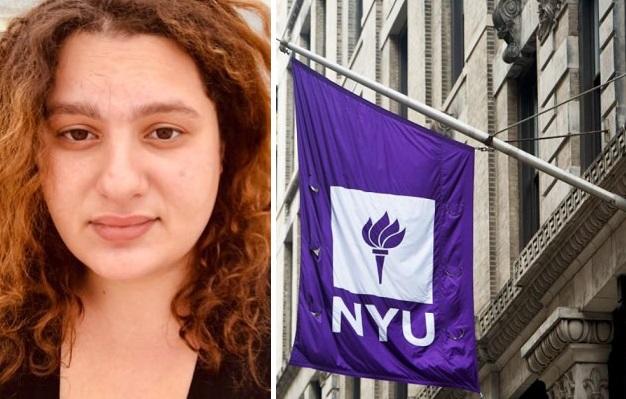 Talia Lavin – who famously screwed up when she accused a disabled combat Marine veteran and Immigration and Customs Enforcement (ICE) officer of sporting an “Iron Cross” tattoo associated with white nationalism, when in fact it was his platoon’s symbol from when he fought in Afghanistan.

Justin Gaertner is a combat wounded U.S. Marine who continues to serve his country as an ICE computer forensics analyst, helping solve criminal cases & rescue abused children. The tattoo shown here is the symbol for his platoon while he fought in Afghanistan. pic.twitter.com/BaOBxaAMHS

Lavin deleted her tweet, offering a lame excuse in the process – before resigning as a fact checker from the New Yorker. She then got a job with Media Matters as an “extremism researcher” which lasted less than six months, as she was fired in January.

In March, Lavin once again landed on her feet when NYU picked her up to teach the course “Reporting on the Far Right,” in the school’s Arthur L. Carter Journalism Institute, which promised to give students “a thorough grounding in far-right and white-supremacist movements in the United States, briefly examining their history and delving into their sprawling present incarnations.”

And two students signed up.

According to NYT’s Adam Penenberg, the class was canceled due to lack of interest, which “had nothing to do with Talia’s writings, tweets, or anything else.” Perenberg also told The Wrap that she won’t be invited back to teach another course, while her bio has been ‘scrubbed’ from NYU’s website.

“It would make no sense to try it again, given how few students expressed interest,” he said. “We have no plans to offer Talia another course, simply because her main focus (and the focus of her upcoming book) is the far-right.”

Other notable gaffes include making fun of disabled Navy SEAL Rep. Dan Crenshaw, who she called “captain shithead” in an inspired tweet (that’s two disabled people this ‘social justice warrior’ has targeted, for those keeping track).