Huawei Ban Could Be Devastating For Rural America

Telecommunication service providers in rural communities across the US that have recently installed Huawei equipment might be faced with a collective bill of $1 billion to replace the banned equipment and could mean bankruptcy for many small operators, reported China News Service. 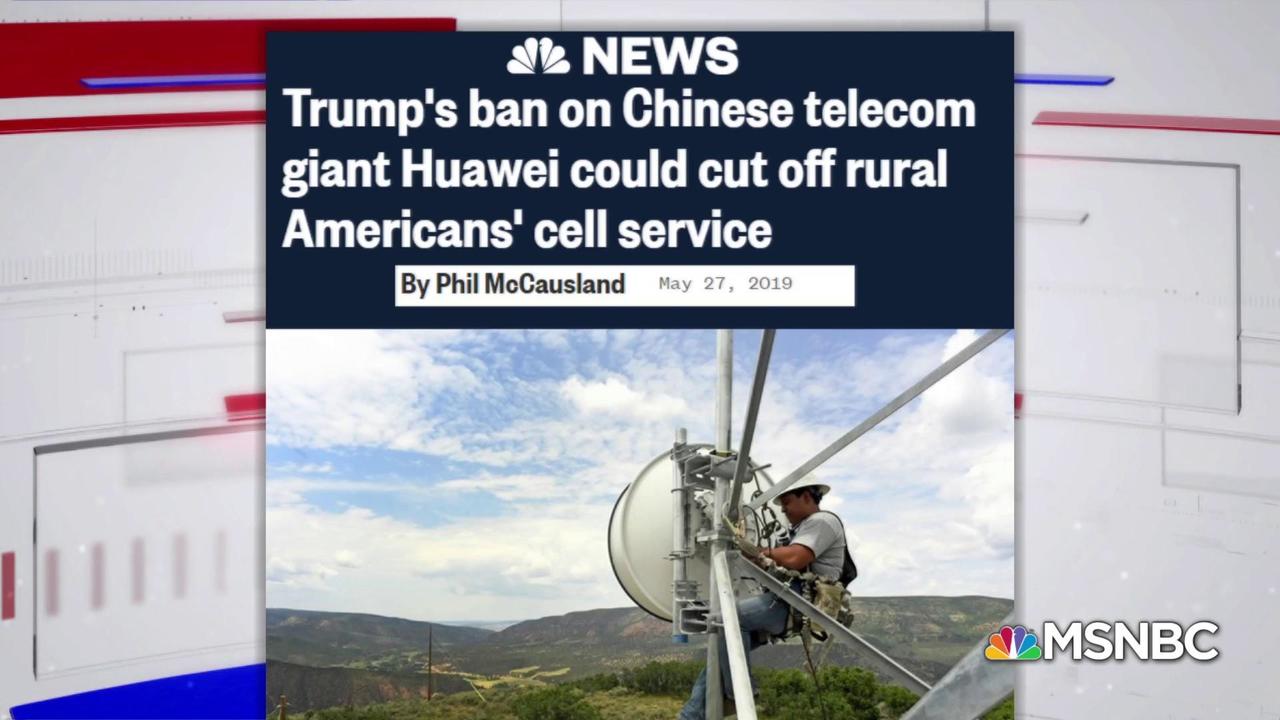 President Trump’s move has frightened rural telecommunication providers that use Huawei equipment, due to the costly threat sometime in 2H19 they will have to replace all Huawei equipment.

A report from Fierce Wireless shows that 25% of rural telecommunication providers have integrated Huawei equipment into their networks.

Swapping out Huawei equipment would cost mom and pop telecommunication providers in rural America between $800 million to $1 billion and could mean bankruptcy for many.

“Huawei is competitively priced and turned out to be good quality,” said Jim Kail, president and CEO of LHTC Broadband.”The other products are good quality, but more of a price issue.”

Kail isn’t convinced that Huawei is a national security threat. He said that out of the four years handling Huawei equipment, his technicians hadn’t found any security flaws or spying mechanism embedded in the equipment.

Kail is also worried about how increasing nationalism might lead to customer exodus.

“With all the negative publicity going on, [customers] might become concerned about it. When you talk about spying and national security, people get a little scared. They might feel that they are being spied on,” Kail said.

He estimated the costs associated with replacing all the Huawei equipment would be well over half a million dollars.

Kail also mentioned that future investments for projects would be curbed during the possible transition phase.

“We are caught in the middle of it. We just have to see how it will play out,” he said.

The unintended consequences of a trade war on rural America are starting to be realized. It’s not just farmers who are getting the shaft, but now – 25% of all rural telecommunication providers could see financial stress when the government forces them to switch out Huawei equipment.

Blain: “Are We Finally Approaching The Top Of The Second Tech Bubble”