Authored by Mac Slavo via SHTFplan.com,

We are staring our Orwellian future right in the face.  Beginning in New York, facial recognition is coming to schools in the United States and it’ll be switched on for testing next week.

The dystopian future George Orwell warned about in his accidental historical predictions book, 1984, has arrived. According to an article by Engadget, the Lockport City School District in New York will start testing a facial and object recognitionsystem called “Aegis” on June 3rd. According to BuzzFeed News, that will make it the first in the U.S. to pilot a facial recognition mass surveillance system on its students and faculty.

The district installed cameras and the software suite back in September, using $1.4 million of the $4.2 million funding it received through the New York Smart Schools Bond Act. Funding provided through the Bond Act is supposed to go towards instructional tech devices, such as iPads and laptops, but the district clearly had other plans. –Engadget 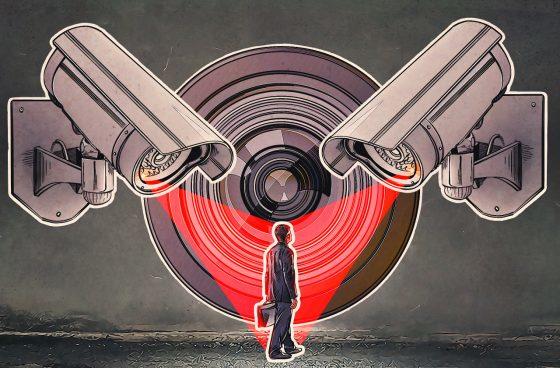 BuzzFeed News got its hands on a copy of a letter distributed to the students’ parents, and it describes Aegis as “an early warning system” that can notify officials of threats.  But that’s the propagandized version of what the system is in reality: it’s a mass surveillance tool being sold to the public as “safety” as with any human rights infringement. The system, created by Canadian company SN Technologies, can apparently keep track of certain individuals in school grounds.

Schools have long been indoctrination centers and it doesn’t look like that trend will be reversed anytime soon, in fact, it’s being amplified. The system can identify students and staff who’ve been suspended, but it’s unclear if Lockport will use it to monitor those who’ve been suspended over non-violent offenses. Aegis claims that it will delete all footage after 60 days and it won’t record the movements of students, staff, and visitors that aren’t in the list of individuals to monitor. That said, the system will have to analyze everyone’s faces to identify people it will have to “keep an eye on.”  So in truth, this system monitors everyone and is mass surveillance packed up to sound like security.

It’s difficult to believe anyone falls for this anymore, but the truth is treason in an empire of lies.  Anyone who’s read even a small amount of history knows there’s no benevolence to this at all. It’s an authoritarian dystopian system that seeks to monitor everyone at all times, and it’s coming to all schools.

There are, fortunately, some other people out there who understand just how invasive and this human rights trampling system has become. Stefanie Coyle, an education counsel for the New York Civil Liberties Union, told BuzzFeed News that the organization asked the New York State Education Department to block the project. After all, San Francisco banned the technology, and it’s a city filled with tech companies that understand it best. “Why in the world would we want this to come to New York,” she added, “and in a place where there are children?”