Gold is getting its revenge. Try as he might Mr. Tariff Man can’t dominate all the headlines all the time. Everyone once in a while something more important than the Trump Man-Baby Show should take center stage.

Gold has moved more than $50 in just under three trading sessions, blowing past near term resistance and, more importantly, reminding everyone just how quickly the reserve asset of the world economy can call bullshit on the proclamations and machinations of the morons who think they run the world.

You always know when you’re reaching the end of a bear market.

Last week I tweeted out:

I think we’re reaching Peak Gold Bearishness. If the dollar is an attractive safe-haven asset, which it isn’t, just a necessary evil after a decade of ZIRP, then of course this will weigh on gold. That doesn’t mean demand isn’t there.https://t.co/uUkdjInbdO

When an analyst at Wells is looking at the day-to-day ticker of gold looking for silly and binary safe haven arguments to warn people off of gold, I know we’re nearly there.

This isn’t a complacent market. In fact, as I’ve pointed out in the past, it’s an incredibly volatile one.

You don’t have to be a whiz with numbers, or worse a quant working for a central bank, to see the differences here.

And the reason for this massive increase in volatility across all asset classes is Trump’s insistence on tariffs being the cure all for what ails America’s trade ‘imbalances.’

Not convinced by the Dow? How about the change in the U.S. Yield Curve over the past year.

For months gold has bided its time, building a stronger and stronger base that, frankly, bad analysts refuse to see. Gold is trapped between falling dollar liquidity and rising distrust of government institutions to contain the chaos.

All of the correlations between gold and interest rates, money supply figures and the rest only function within the parameters of a market convinced of future political stability. Once that future stability begins getting deep discounts by markets and those relationships falter, gold consolidates, bides its time and then pops spectacularly.

So now, with more than $10 trillion in debt yielding less than gold’s zero percent is it any wonder we’re seeing a move into gold?

This is the gold’s big grievance it has with central bankers. They have tried to maintain confidence for so long by suppressing interest rates and injecting liquidity that doesn’t circulate that its creating the mother of all bases from which gold will break out of soon.

All it took was one economic retard with bad hair and a massive insecurity complex to finally wake the market up to the reality of our predicament. 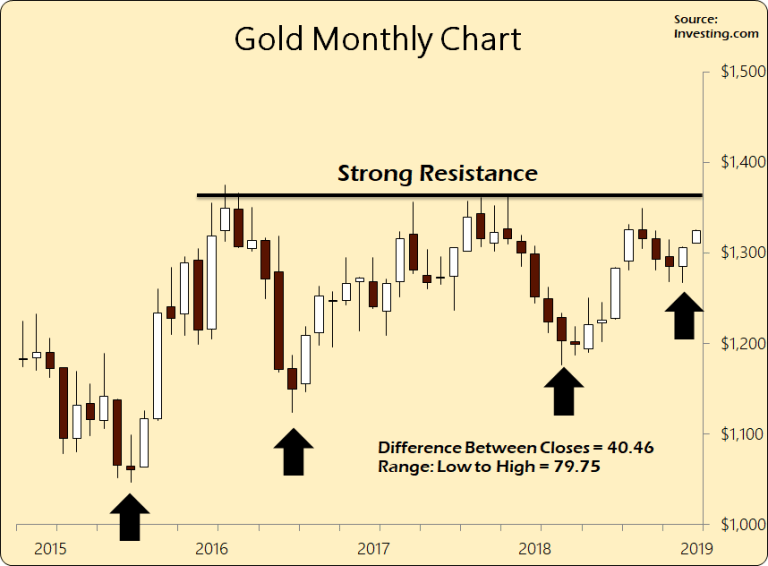 The Post-Brexit high of $1375 is still in place but look at the defining pattern of this chart… a succession of higher lows with falling volatility. Each bearish impulse is met with more bulls pushing back at higher prices.

2019’s Spring breakdown was only good for around $90 and just over three months. This latest up move may take a while to resolve above that central banker Maginot Line, but it’s coming as surely as Trump will tariff someone else after his twelfth Diet Coke.

Don’t tell me you haven’t been warned.

Support for Gold Goats ‘n Guns can happen in a variety of ways if you are so inclined. From Patreon to Paypal or soon SubscribeStar or by your browsing habits through the Brave browser where you can tip your favorite websites (like this one) for the work they provide.

Why The US-Puppet-‘President’ Of Venezuela Is Toast

A Hoppean View of the 2020 Election