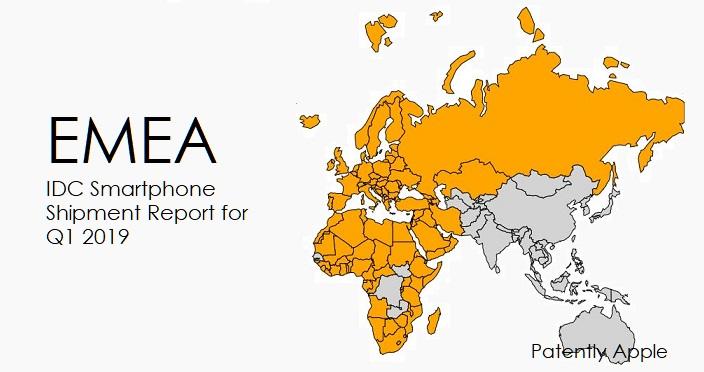 Huawei and Xiaomi, two of China’s top smartphone producers, recorded YoY unit sale increases for all regions across Europe in 1Q19, while all other major smartphone companies experienced declines.

“In brands, Huawei continued to make incremental advances, and so did Xiaomi, while Apple had a tough quarter, with its 23% market share across Europe the lowest Q1 result in five years,” said Marta Pinto, research manager at IDC EMEA.

“The market has been changing in the last few quarters in relatively predictable ways,” said Pinto. “Shipments have slowed as consumers hold on to devices for longer, Apple has been challenged with its latest devices, and Chinese manufacturers have been making strides each quarter.”

Simon Baker, program director at IDC EMEA, said, “Europe has been a global focus of vendor concentration in recent quarters, with some of the smaller players under a lot of pressure. Looking ahead, it is no longer possible to see clear trends as before. The blacklisting of Huawei in the U.S. on May 16 is creating so many unknowns, and uncertainty is the new keyword in the industry as global geopolitics — unconnected directly with Europe or EMEA — becomes the single most important factor in how the market will develop over the rest of the year.”

Overall EMEA shipments reached 83.7 million units in 1Q19, a 3% drop YoY — confirming the smartphone slowdown isn’t just gaining momentum as the world continues to cycle down through summer, but Chinese smartphone makers have displaced Apple and Samsung as the top players in Europe.