The American public might now be sensing the sadly all too familiar Washington war machine grinding into motion. We’re already well past the phase of “If X happens, blame enemy country Y without so much as an investigation” — as last Thursday’s two tanker attacks in the Gulf of Oman demonstrated. Perhaps at least Putin gets a momentary respite from being blamed by Washington for “influencing” every negative event across the globe.

And now with Tehran firmly in the cross hairs, even the Taliban gets a free pass, apparently:

As Secretary of State Mike Pompeo railed against Iran in the wake of the attack Thursday on two oil tankers in the Gulf of Oman, he also blamed the nation for a recent assault in Afghanistan claimed by the Taliban.

One expert responded that including the attack in Kabul on the list of U.S. grievances against Iran is a sign of a Trump administration “itching for war,” The Washington Post reported.

Most pundits and media reports overlooked Pompeo’s words on a bombing in Afghanistan in his speech last week, given the flurry of reporting and details coming out on the tanker incident. His initial remarks pointing the finger at Iran for the Gulf of Oman tanker attacks included reference to the following May 31 suicide bombing in Afghanistan:

In the violence in Kabul broached by Pompeo, the Taliban claimed responsibility for a suicide bomb attack on a U.S.convoy on May 31 that killed four Afghan pedestrians and wounded four American servicemen and at least three civilians. Taliban spokesman Zabiullah Mujahid boasted of the attack in a phone call with The Associated Press.

Absurdly, Pompeo’s remarks implied that even the Sunni fundamentalist Taliban is a “surrogate” and proxy of Shia Iran, including the Taliban suicide bombing as one of—

“a series of attacks instigated by the Islamic Republic of Iran and its surrogates against American and allied interests,” according to the Washington Post.

This even has a whiff of that classic and perhaps most absurd of all Iraq war lies: that secular Baathist Saddam Hussein was in cahoots with al-Qaeda.

Now, in the White House’s assessment, the Afghan Taliban – which actively seeks to exterminate its own Shia minority in the country – is taking orders from the Shia Ayatollah in Tehran! 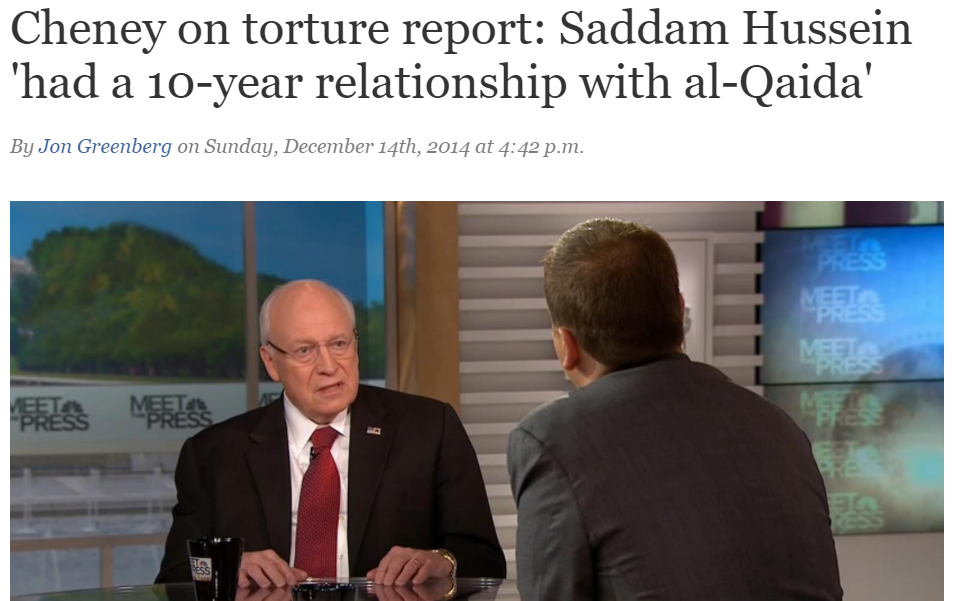 But no doubt as Pompeo’s and Bolton’s “long list of grievances” against Iran is likely to grow even longer, even greater claims with stretch credulity await.

How The “Interpreter” Scam Brought 75,000 Iraqis And Afghans To America