A federal judge has ordered a court-appointed independent mediator move quickly to improve health and sanitation at Texas border facilities which have come under fire over reports that migrant children were subject to filthy living conditions, according to the New York Times. 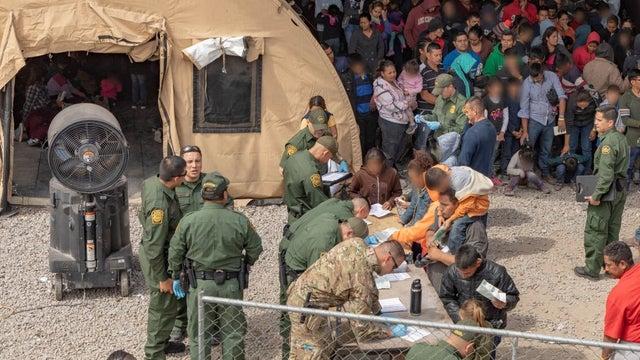 California Judge Dolly M. Gee made the request late Friday to the court’s independent monitor to ensure that the reports were promptly addressed by July 12, and has demanded that the government report on what it has done about the situation “post haste.”

“We are hoping we can act expeditiously to resolve the conditions for children in Border Patrol custody,” said attorney Holly Cooper, who is part of a coalition of lawyers that have asked the federal court to take action.

The lawyers’ reports on conditions at a Border Patrol facility in Clint, Tex., where they said children were unable to bathe, were living in filthy clothes and diapers and were often hungry, prompted a public outcry and a new motion asking the court to force the government to move more aggressively to improve accommodations along the border for the thousands of migrants arriving from Central America.

While the new order does not directly order the Trump administration to take specific actions, it will provide an actionable glimpse into the living conditions of detained migrants, as well as recommendations to remedy the situation.

Last week, Customs and Border Protection officials disputed the reports that migrant children were being mistreated, with one employee telling journalists on condition of anonymity “I personally don’t believe those allegations.”

Democratic 2020 candidates have pounced on recent reports in Texas as political fodder – suggesting that the Trump administration has dealt with immigrants inhumanely.

On Sunday, Beto O’Rourke, a former El Paso congressman how running for president, scheduled a public “rally for migrant children” in Clint. Another Democratic candidate, Julián Castro, was planning to visit the facility on Saturday. –New York Times

Judge Gee noted in her order that the federal government had previously violated a 1997 consent decree known as the Flores settlement, which outlined care requirements for migrant children in government custody.

Lawyers filed an emergency request on Thursday for a temporary restraining order, accusing the government of violating the Flores standards at CBP facilities in the El Paso and Rio Grande Valley areas of Texas.

“The parties need not use divining tools to extrapolate from those orders what does or does not constitute noncompliance,” wrote Gee. “The Court has made that clear.”

Gee added that the “emergent” nature of the new reports “demands immediate action.”