A new study has provided evidence linking unaffordable housing in Vancouver to foreign ownership, Chinese capital and millionaire migrants, according to the SCMP.

A white paper published by Josh Gordon, an assistant professor at Simon Fraser University’s school of public policy, found a stunning 96% correlation between metro Vancouver municipalities’ price to income ratios and the proportion of their detached houses in which at least one owner was a non-resident. The correlation was called “unimpeachable” by a leading research who commented on the paper.

In short, this means that the more that a Vancouver municipality was sought after by non-resident owners, the more unaffordable it became.

Gordon said: “When I plugged the numbers in it blew my mind … I mean, holy smokes.” 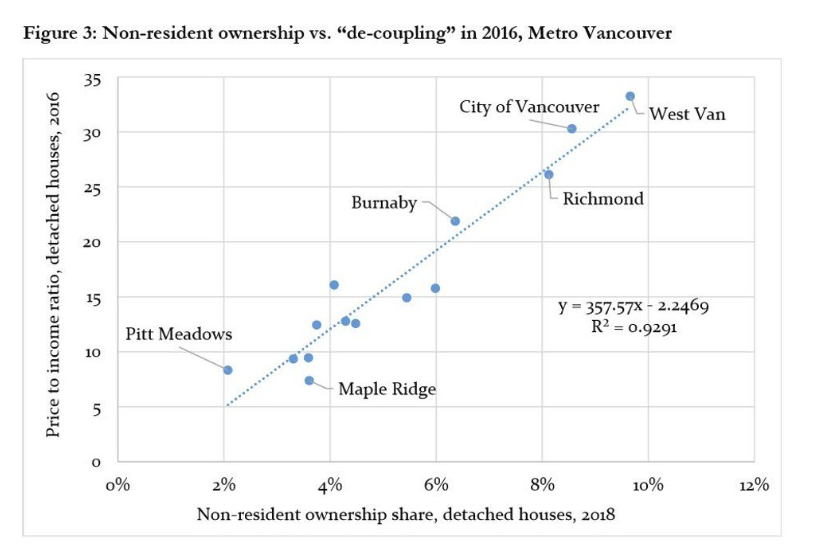 His paper stated: “This is compelling evidence that when it comes to the extreme ‘decoupling’ [of prices from local incomes] seen in the Vancouver housing market, foreign ownership is the primary culprit.”

Vancouver has often been considered the world’s most unafforable housing, second only to Hong Kong. It has a price-to-income ratio for all housing of 12.6. Among detached houses, the ratio climbs to 25 to 30 to one, especially in areas popular with Chinese buyers, like the City of Vancouver, Richmond and West Vancouver.

Gordon’s paper was checked afterwards by University of British Columbia geography professor David Ley, who has studied Vancouver real estate unaffordability for decades. It was also checked by Andy Yan, director of the City Programme at Simon Fraser University.

Ley commented: “Such a high correlation is rarely seen in social science research … It indicates a very strong relationship. So it is the presence of non-resident buyers that is forcing up prices. But there’s a qualifier here because it forces up prices relative to incomes … we can more accurately say that non-resident demand shapes affordability.” 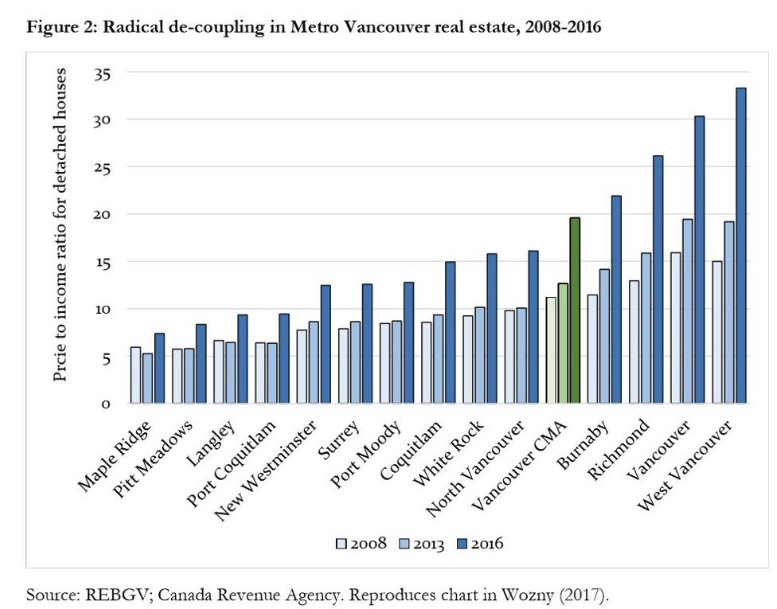 In the country’s condo market in 2016, the correlation between the unaffordability ratio and non-resident ownership was “strong” at 75%. His research shows that the correlation would rise to 88% if the single municipality of West Vancouver was discounted.

Yan commented that the study was “very straightforward” and said: “This puts together the story about the forces that are behind Vancouver real estate … [it] gives us a foundation and a direction, for how we [produce] effective housing policy. Key to that was understanding just how much Vancouver real estate is connected to the global economy, of which a large component is being driven by China.”

Gordon also sought out to investigate “satellite families” who live in Vancouver, but whose breadwinners earned money abroad. The study said: “[A] family with a low declared Canadian income might live in a multimillion-dollar mansion. This particular situation would represent ‘decoupling’ on steroids.”

Millionaire migration from mainland China, Hong Kong and Taiwan is primarily responsible for the satellite family phenomenon. As the article notes, “Vancouver was long the world’s most popular destination city for such migrants under wealth-determined schemes, attracting them by the tens of thousands.” 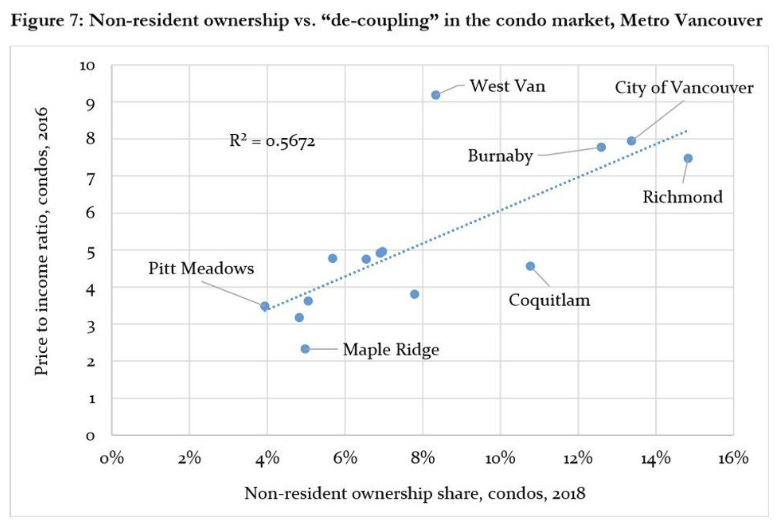 Now, the country has “become a global test bed for affordability policies, with the introduction of a foreign buyers’ tax, a speculation and vacancy tax, and increased provincial property taxes.”

The average price of a detached house in metro Vancouver is now $1.2 million.

Yan concluded: “These are proxies for foreign money at times when we don’t have direct measures of foreign money. So we have these various scholars, with various data sets, all pointing in the same direction. That is a call for action.”

And how bad has the market gotten in Vancouver? Just 2 weeks ago, we wrote that desperate developers in Vancouver were trying to woo millennials into buying using avocado toast and free wine.

“It’s a slower, more competitive market,” according to Vancounver-based Wesgroup Properties VP Brad Jones, adding “The onus is on us to show we have the most attractive offering.” 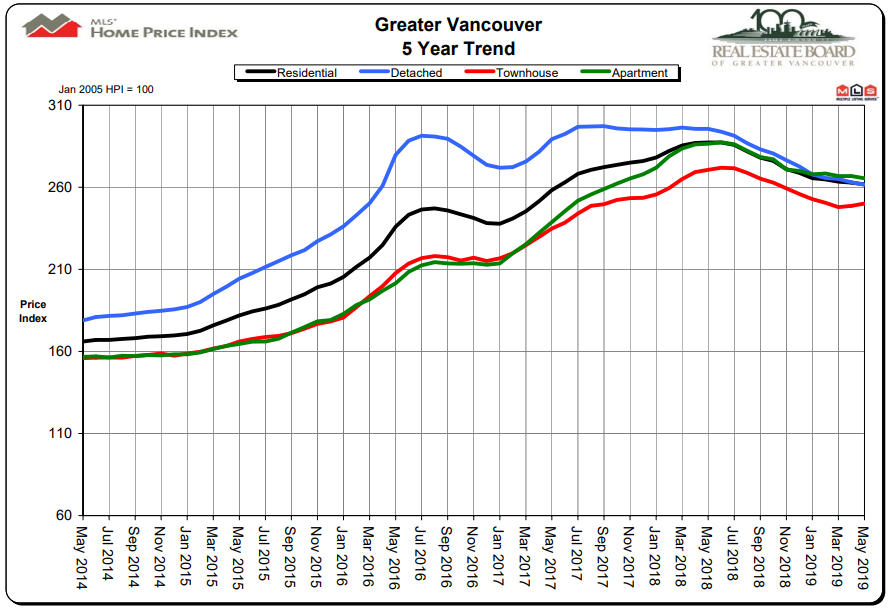 As we noted in April, the decline of Vancouver’s housing market has become worldwide news – with sales plummeting 46% over the past year to levels not seen since 1986.

In late 2018, we wrote about how Chinese fentanyl kingpins had laundered over $5 billion through Vancouver homes since 2012.