One day after both we and the WSJ previewed the ECB’s next easing bazooka, which in addition to cutting rates could also include tens of billions in monthly QE in the form of both the PSPP and CSPP… 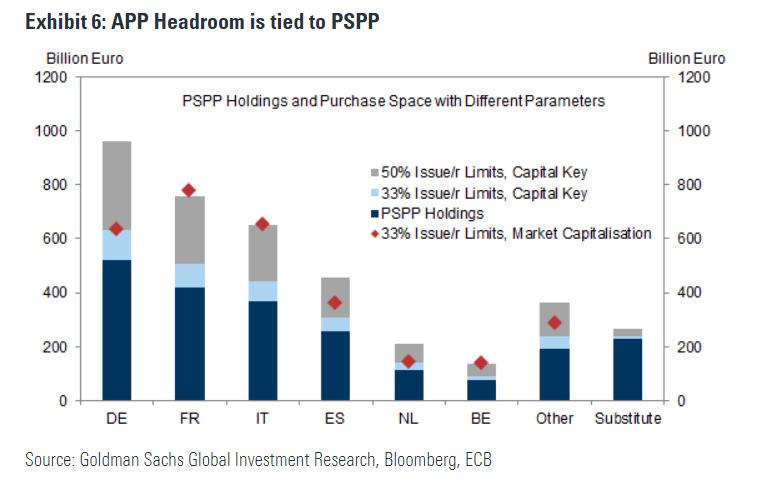 … the ECB tried to regain control of the narrative and early on Tuesday, Bloomberg reported that ECB policy makers “aren’t yet ready to rush into additional monetary stimulus at this month’s meeting”, preferring instead to wait for more data on the economy, according to euro-area central-bank officials familiar with the matter.

As Bloomberg’s source at the ECB – who asked not to be identified as he is most likely the head of the ECB – leaked, while Governing Council members agree that they could act on July 25 if the outlook deteriorates, “they are currently leaning toward the following meeting in September when they’ll have updated economic forecasts to back up their decision.” Instead of acting, the council might tweak its policy language this month to signal more stimulus is imminent.

This, of course, is precisely what Goldman said yesterday, when it wrote that it expects the Governing Council to adopt the “or lower” easing bias for policy rates in July and indicate that the ECB will analyze QE options for September.

At that point look for an easing package that closely resembles the “medium” package discussed above, including a 20bp rate cut with tiering, enhanced forward guidance and a return to QE.

Furthermore, Goldman expects the asset purchases to include corporate bonds and sovereign debt within the existing PSPP headroom, paired with a signal that the Governing Council stands ready to expand the sovereign purchase program with an increase in the issuer limit if economic conditions do not improve.

A delay also leaves the market more exposed to shocks over the summer months when liquidity is thinner. The prospect of escalating trade tensions was highlighted on Monday when the U.S. proposed adding more tariffs to European Union goods because of a dispute between Boeing Co. and Airbus SE.

Not surprisingly, a delay in easing by the ECB was seen as bullish for the common currency, and the euro jumped to the highest level of the day, climbing as much as 0.3% to $1.1321. 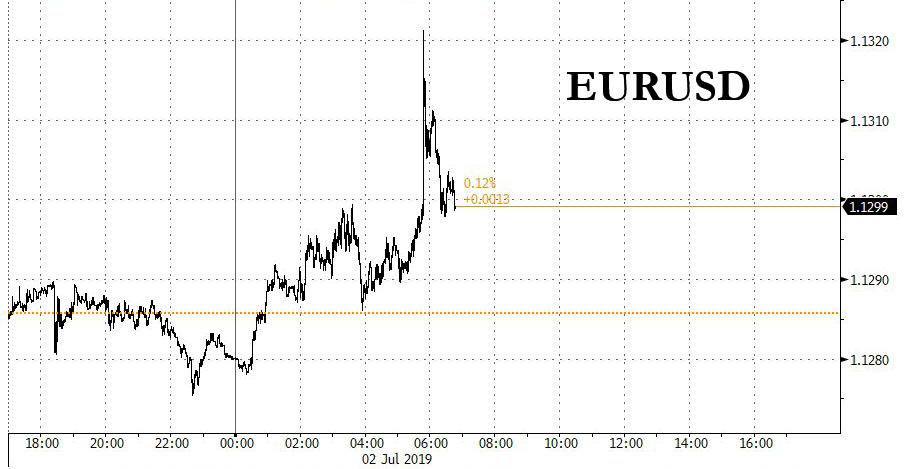