Blain: This Is The Biggest Question Facing Lagarde As The ECB’s New Head

“Our  credibility is deeply stained by these endless meetings that lead to nothing.”

One of the best Pub Games may just have got easier. “Name 5 famous Belgians” is a popular challenge after a couple of pints – the critical point is you are not allowed to name any fictional characters, ruling out any Belgians normal people have heard of. But the appointment of Belgian caretaker prime minister whatshisname to the top job at the European Council (which manages the EU leaders get-togethers). His name is Charles Michel… I suspect we will remember than name as he wants to prove himself a Brexit hardman.

Let’s not kid ourselves that last night’s announcement of the EU top jobs was anything other than a stitched-up bad and hasty compromise. We won’t need to waste time wondering if they were the best candidates. Don’t even try to answer that rhetorical question. What’s important is – will they work? Can the new EU leadership team push through some form of fiscal agreement/union/accommodation to balance the Euro and propel Europe forward? Can they balance all the competing domestic perspectives and present a unified stance?

Christine Lagarde’s appointment as ECB head is the most hopeful of last night’s roles. Let’s be positive – she is a good communicator, a political operator, her perceived lack of monetary policy experience will be countered by some of finest economic minds advising her (and she is clever enough to know that), and she has international clout and credibility. We’ve got to assume she learnt from her time at the IMF (where her association with the Greek debacle and pro-Europe bias was a problem). As a lawyer, like Jerome Powell at the Fed, giving her strengths in advisory and details. She is a French pick – and will be sympathetic to, and understand, Fiscal Solutions to Europe’s growth problem. What’s not to like?

Stories this morning suggest she could encounter pushback from Jens Weidmann at the Bundesbank who had been frontrunner for the job. He is a hawk and straightjacketed in the ECB’s mandate to control inflation – and is not what Europe needs. Europe needs a political ECB head to push through agreement on fiscal policies. Lagarde will face the 25 strong ECB Governing Council to push her agenda and programme – and that’s probably her biggest challenge. Can she impose her leadership over them the way Draghi did? I suspect so.

The big question facing Lagarde will be how to stimulate Europe. Draghi’s “do-what-ever-it-takes” extraordinary monetary policy worked to stabilise the European debt crisis. It didn’t solve the Euro conundrum – the problem of reconciling strict monetary guidelines and enforced government austerity spending holding back countries trying to restructure to meet German levels of productivity. As a result the Euro was unbalanced. Germany benefited from the Euro while everyone else struggled. 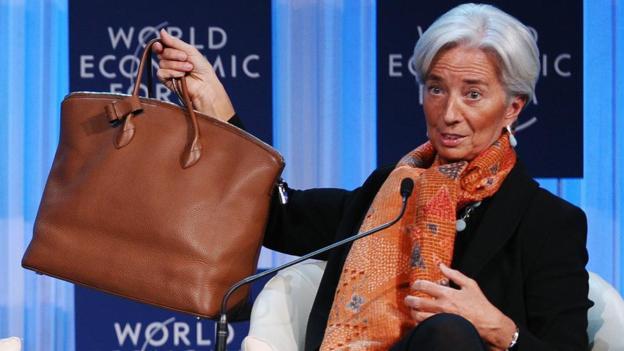 Under Draghi, the ECB’s QE averted ongoing debt crisis, but has not stimulated the economy. Instead its pumped money into financial assets. Lagarde’s challenge will be to meld Fiscal policy into the ECB’s monetary mandate. She is an astute politician and knows when to act. I’m minded to be positive about her appointment.

(It will also create some interesting openings in Central Bank jobs.. Who will get the IMF job? Canadian Mark Carney at the BOE is said to fancy it. Others think Draghi may be interested as bookend to his career.)

However, if Lagarde is positive, then handing the European presidency to Ursula von der Layen might have been some Byzantine Plot dreamt up by Nigel Farage. Its already backfired spectacularly against Merkel domestically, and is raising all kinds of questions about her political competence, or how a candidate who wasn’t even on the election slate is now President of the European Commission – so much for democracy. I’m sure Von der Layen is a marvellous person, but the analysts this morning weren’t encouraging. She is described in Anthony Peter’s blog this morning: “domestically she is generally seen as an unimaginative and inoffensive light-weight of the first order and catapulting her to effective command of the Commission as being better for Germany than it is for Brussels.”

She inherited a poisoned chalice as defence minister in Germany, but it means she’s already run foul of Donald Trump, and now she’ll be leading trade negotiations as Trump swings his cannons on Europe? Oh dear..

Let’s see how this pans out.