If AOC’s claim that migrant children were forced to drink ‘toilet water’ at detention facilities along the border sounded unrealistic, that’s because it was, as the Arizona Border Patrol proved in a video tour of one facility. 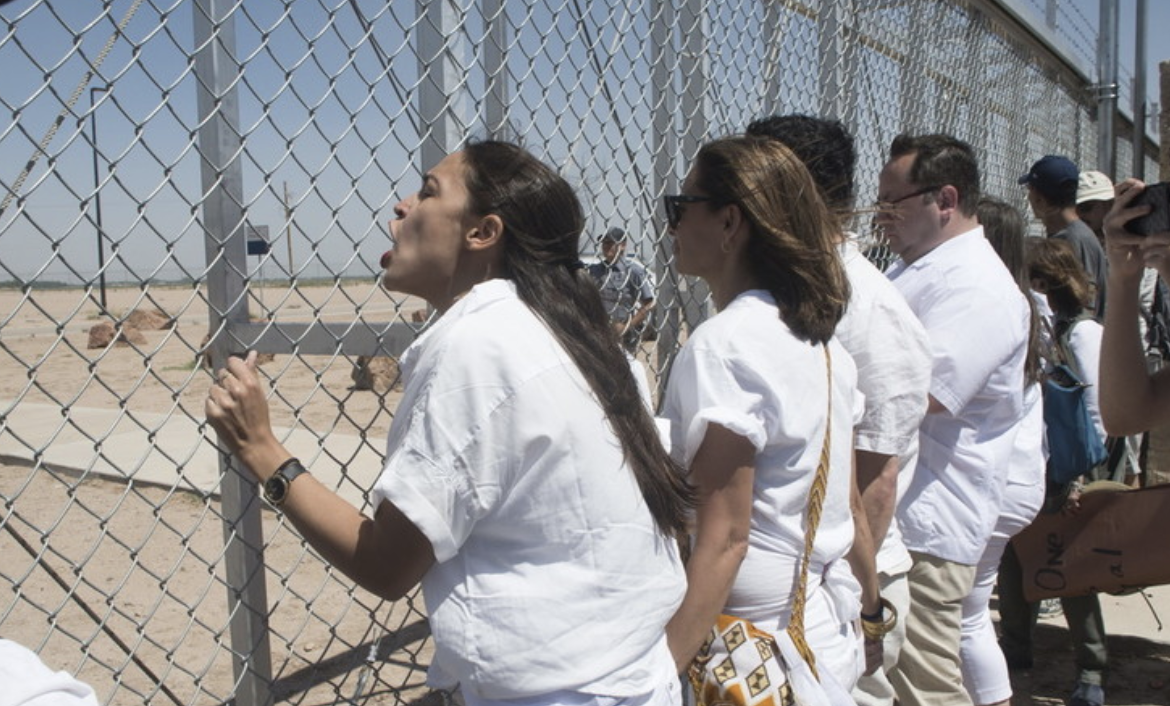 After a visit to the border, AOC mocked border patrol members by tweeting that they “sexually threatened her” – referring to a private Facebook group where members made disparaging jokes about her (again, in private) – and insisted that the conditions in migrant detention facilities were as bad as WWII-era concentration camps.

Of course, this wouldn’t be the only example of AOC hamming it up for the media during her border sojourn.

Here is a look at the inside of a #BorderPatrol processing center with Chief Patrol Agent of #TucsonSector Roy Villareal @CBP pic.twitter.com/vu1dyV72Uz

CBP Arizona Chief Patrol Agent Roy Villareal said the video was intended “to dispel some of the misinformation that’s out there.”He then carefully pointed out many of the things AOC and other Democratic lawmakers had claimed detainees did not have, such as clean diapers, clean clothing, snacks and toothbrushes. All of that was in the video.

Democrats who joined the trip whipped up hysteria with their exaggerated accounts of conditions inside the tents, inspiring some Americans to stage ‘close the camp’ marches across the US.