JP Morgan got out ahead of many of its Wall Street peers two months ago when its chief economist laid out the bank’s view that it now expects two 25 basis point rate cuts in 2019. Of course, that was before most analysts started calling for a 50 bp cut when the FOMC meets later this month.

But in keeping with the market’s shift toward a “good news is terrible news” dynamic as the global rally in bonds and equities pins its hopes on more central-bank easing, or bust, JPM is now calling for 75 bp of cuts this year. And its massive asset-management arm is already positioning accordingly. 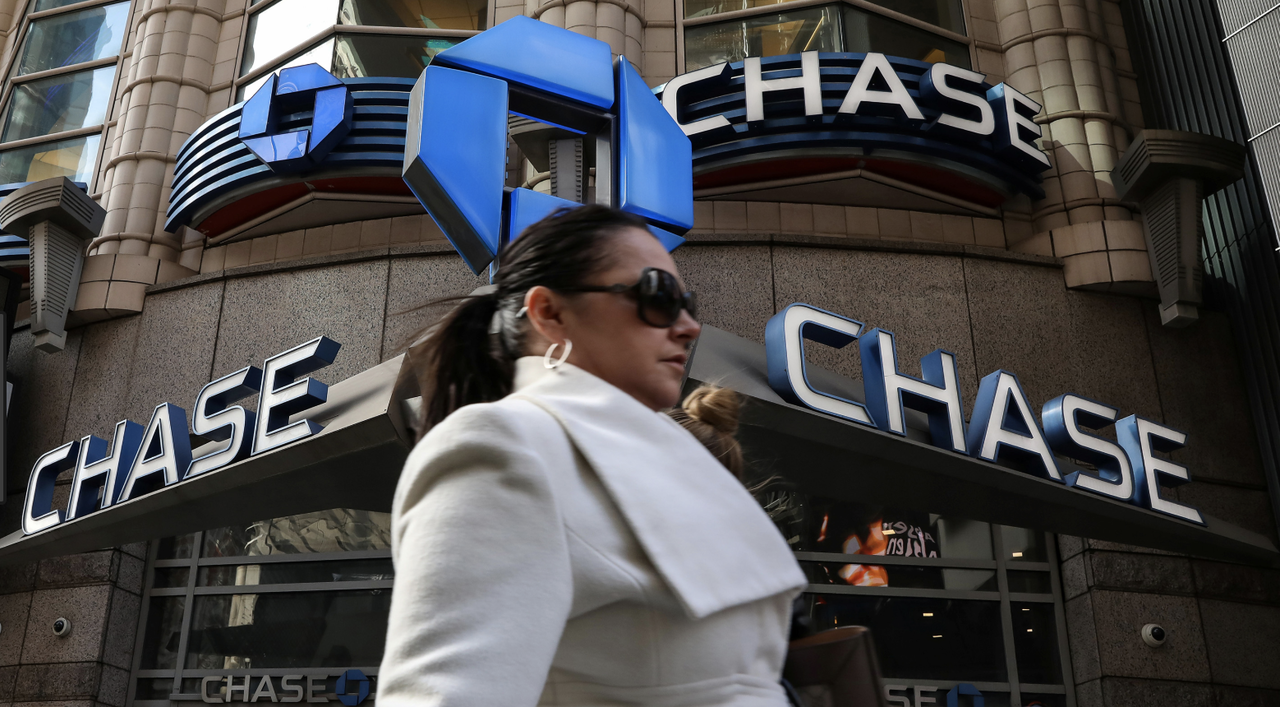 Per Bloomberg, JPM Asset Management is buying up 5- and 10-year Treasuries, as well as 5-year and other short-dated Italian bonds, to take advantage of a global bond rally that it expects to continue, driven by more rate cuts and a return to QE by the ECB.

Some prominent strategists declared that Friday’s moderately strong report has taken a 50 bp cut off the table. But before the data were published Friday morning, JPM’s Mac Gorain explained in an interview with Bloomberg that the dovish backdrop of subdued inflation and an intractable trade war will keep central banks on their toes.

Gorain explained that the $1.7 trillion money manager has been snapping up five- and 10-year notes. It’s also buying Italian bonds, which it expects will be one of the major beneficiaries should the ECB restart debt purchases.

“The dovish backdrop comes from inflation but the trade war makes the cuts far more immediate,” Mac Gorain said in an interview. “We don’t really need to see any further escalation in the trade war for central banks to cut.”

The call comes as the 10-year German bund yield slipped below the ECB’s deposit rate (-0.40%) for the first time ever, and after the Italian 30-year bond notched its largest one-day gain since Draghi’s famous “whatever it takes” speech in 2012 (remember, bond yields move inversely to prices). 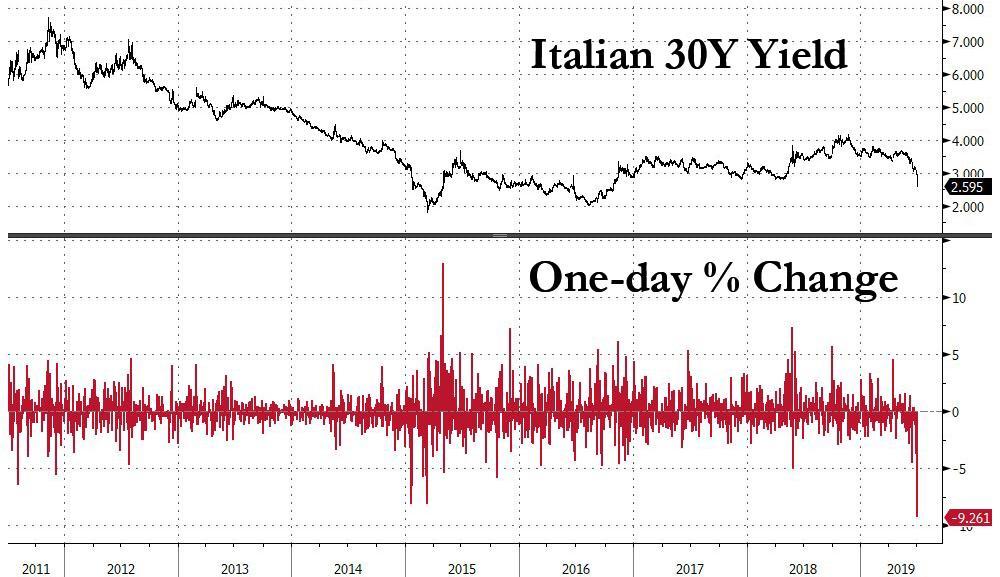 The yield on the 2-year BTP dropped below zero this week for the first time since last May, while the 10-year BTP yield declined to 1.56% on Thursday, its lowest level since October 2016. Even after these declines, BTP yields are still among the highest in the eurozone.

Circling back to the Treasury market, Gorain believes that the yield on the 10-year will drop to 1.75% (from 1.95% on Friday) by the end of the year as the Fed cuts rates.

Over the longer term, the big question, per Gorain, is whether the Fed funds rate will fall all the way back to zero before the cycle turns. Since more stimulus should, in theory, ignite a rebound in growth that should, again in theory, provoke a selloff in bonds, Gorain is effectively betting that the stimulus will fail, prompting the central banks to impose even more stimulus (because doing more of what has failed is always the answer).

“One of the questions we ask ourselves is: Is the Fed going to get back to zero in the cycle?” Mac Gorain said. “It is possible they could do, but I think it’s not clear as yet. It really depends on how the economy evolves.”

If the Fed doesn’t come through with the expected 50 bp rate cut later this month, it could create problems for Gorain and his clients. Without the support from central banks, it’s difficult to imagine how this trade will work out. But with Christine Lagarde likely heading to the ECB, the notion that there will be aggressive easing out of Europe is looking increasingly probable, following Draghi’s reiteration last month of his vow to do whatever it takes – including using all policy tools at his disposal – to revive growth and inflation.