More than 25% of June’s 41,977 announced job cuts came in the automotive industry, according to Managing Economist for Refinitiv Jeoff Hall. Hall commented on Twitter that the industry’s 10,904 redundancies were the most in seven months and the second most in seven years.

Hall also noted that excluding autos, there were only 31,073 job cuts in June, the fewest in 11 months, in low-normal range.

About a month ago we focused on layoffs in the auto industry, noting that China, the United Kingdom, Germany, Canada and the United States have all seen at least 38,000 job cuts over the last six months.

We reported about Ford’s plans about a month ago to cut another 7000 jobs, representing 10% of its workforce worldwide. And the recession, which was likely due to happen regardless of market conditions, comes at the worst possible time. It could be exacerbated by the ongoing trade war, which foreign carmakers have warned could put 700,000 American jobs at risk.

This chart shows the job reductions in the six months prior to June 1. 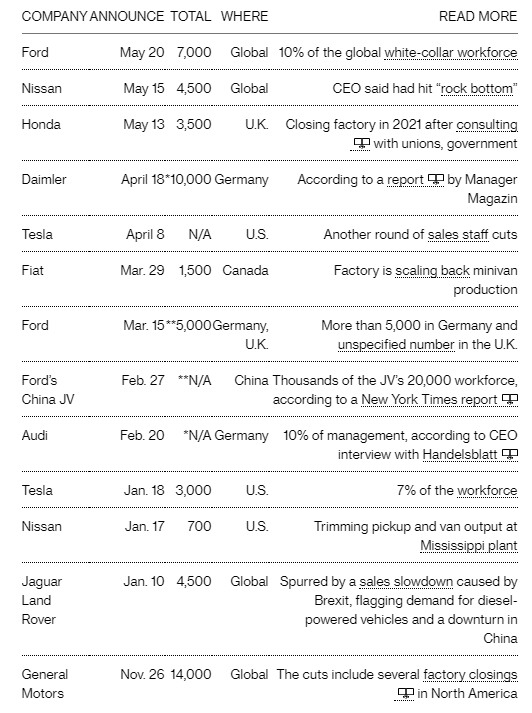 Recall, at the beginning of June we noted that Bank of America had said that “the auto cycle had peaked”.

While Bank of America attributed much of the downturn in the manufacturing sector to the ongoing trade war, it singled out the automotive industry as a specific area for concern. Calling the problem a “classic story of demand/supply mismatch”, the bank pointed out that producers continue to ramp up output at a time when demand has softened. It’s easy to see in the two following charts – one showing auto sales topping out and the other showing output and production not falling.

The note showed that total auto sales have appeared to peak… 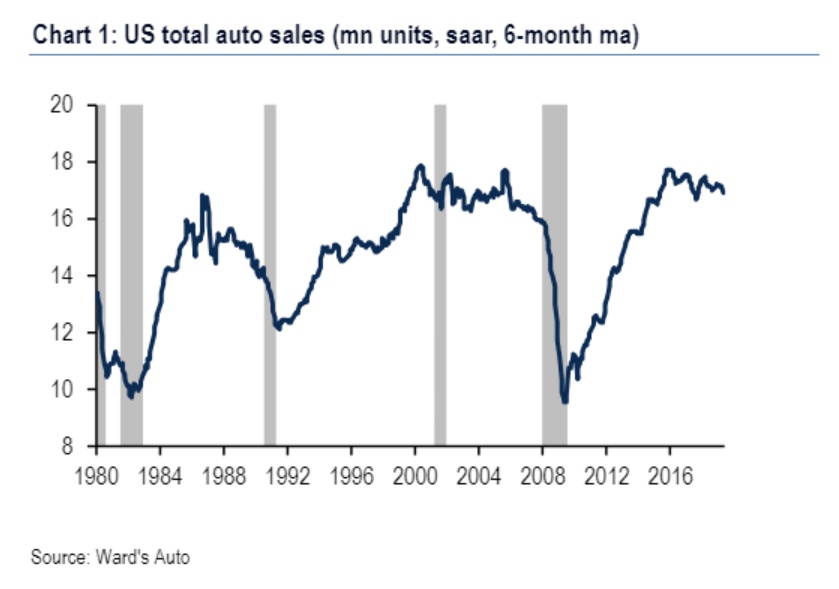 …while at the same time output remained high… 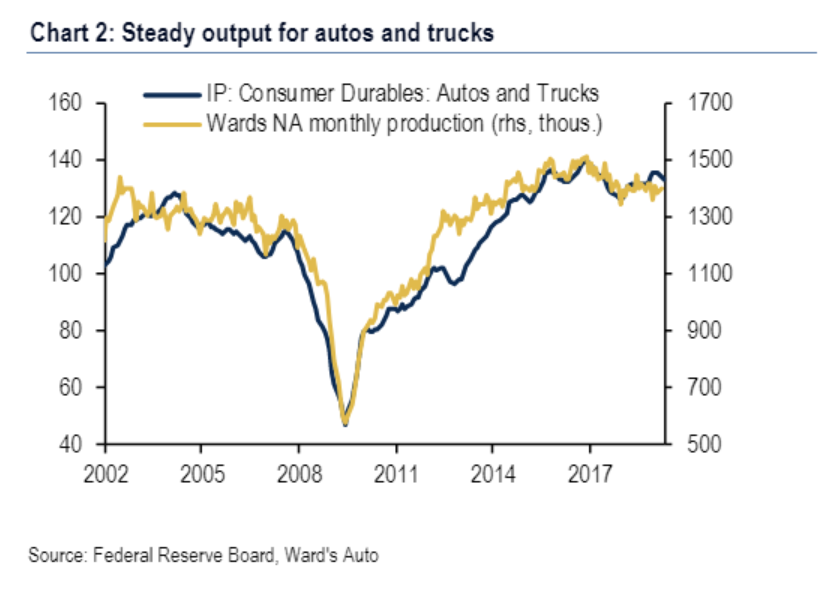 We also noted at the beginning of June that China had posted its worst auto sales number ever for the month of May.

The data showed a decline of 16.4% for May, following a decline of 14.6% in April and 5.2% in March. It was the sharpest decline ever for China’s auto industry.

Xu Haidong, CAAM’s assistant secretary general ignored the fact that his country was in the midst of a trade war and instead told Reuters: “One key reason for the drop was provinces implementing ‘China VI’ vehicle emission standards earlier than the central government’s 2020 deadline, stoking uncertainty among manufacturers.”

Or the same reason Europe has been using to explain away its own automotive depression recession. 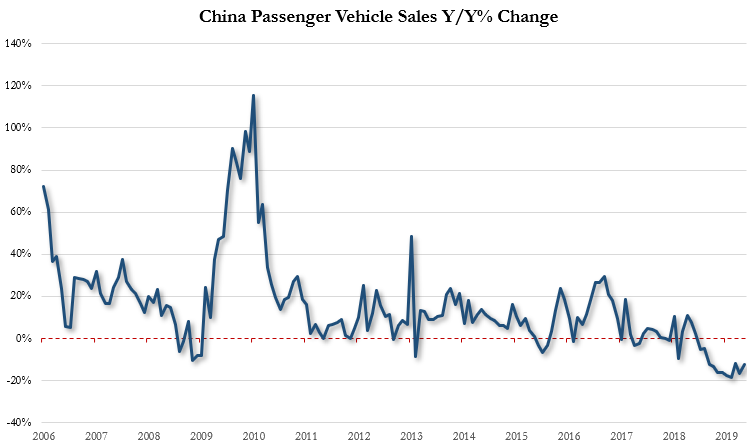 “We gave the manufacturers too little time to prepare,” he continued, also noting that May’s drop in demand was attributable to a “decline in purchasing power in the low-to-middle income groups as well as expectations of government stimulus to encourage purchases.”