President Trump’s citizenship question on the upcoming U.S. census is, contrary to popular opinion, the norm for the decennial survey.

Barack Obama was the first President to exclude a question on citizenship in the U.S. Census.

But today, the Trump administration is being assailed from the Left for its efforts to include the question.

The Left has responded typically, with accusations of racism. The question of nationality, they claim, is a danger to immigrants.

There has also been no shortage of confusion as to whether President Donald Trump would go forward with its addition. Trump’s statements appear to contradict news reports that his administration dropped its plan to ask the question after a Supreme Court ruling.

The planned citizenship question asks: “Is this person a citizen of the United States?”

The political left’s dominant view is that the question could serve to marginalize immigrants or non-white Americans.

NPR, quoting the Urban Institute, says the census threatens to put “more than 4 million people at risk of being undocumented.” The headline warns the addition of the question could lead to “worst undercount of black, Latinx people in 30 years.”

But the framing implies Trump is the first U.S. President to include a question on citizenship, when in fact Trump is simply following the established and understandable tradition of asking those who fill out the form if they’re actually Americans.

The charge against Trump is one that demands reframing – Obama was the first to not include a question on citizenship, naturalization, or nativity in almost 200 years. The Trump administration is simply undoing Obama’s 8-year effort to distort the status quo.

Obama’s own efforts to not ask the question was limited to the 2010 Census. From 2009 to 2016, the former president’s Census Bureau had no problem asking anyone if they were Americans on all eight of his annual ACSs (American Community Survey), which targeted smaller demographics key to the success of the Democrats in the eight years of his administration.

The ACS even asked the question in both English as well as Spanish.

In the decades prior, administrations from Bush, to Clinton, going all the way back to 1820, had questions on citizenship, nationality, or nativity. The process originated with Thomas Jefferson. 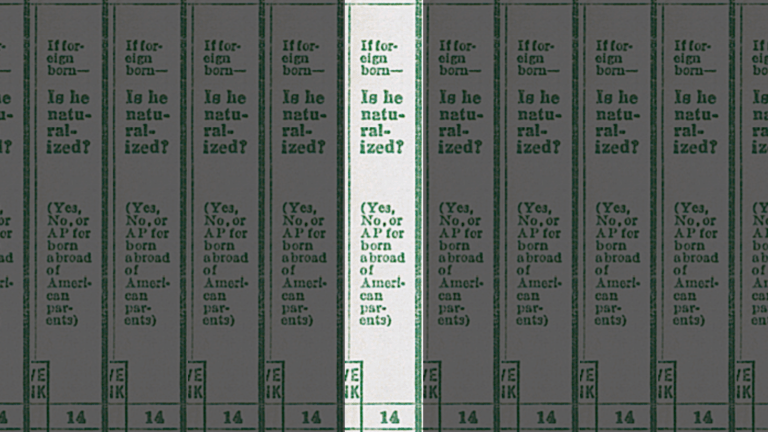