Just What Was That Stricken Russian Submarine Carrying?

The Russians aren’t saying but this might be a clue:

That’s from The Independent over the weekend (HT: ZeroHedge) 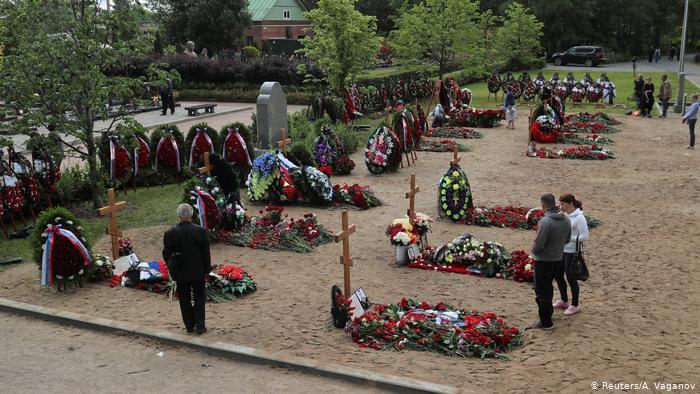 The Barents Observer has been doing their best to figure out what’s going on, starting from their first report:

July 4
Report to the President: super-secret submarine «Losharik» will be repaired and taken back in service

The fire started in the battery compartment, but did not affect the reactor, Defense Minister Sergey Shoigu reports to Vladimir Putin…

Tragic, and potentially disastrous for the immediate area if the reactor casing had opened but not something you’d call “a planetary catastrophe”.

Among other reports we’ve seen (not verified so grain of salt) is that seven of the dead were captains, meaning whatever they were up to was pretty important.

The fact the Russians are repairing and returning the boat to its mission would also point in that direction.

So what was the submarine or its submersible – capable of 20,000 foot dives – carrying?

A bomb that size, two to four times more powerful than the biggest ever exploded, the Soviet Tsar Bomba (limited to 50 MT to allow the delivery plane a chance to escape) a bomb that size is awful enough but if it is encased in cobalt it becomes the most lethal munition ever built.

Here’s MIT physicist Max Tegmark at the HuffPo in 2015: Dr. Strangelove Is Back: Say ‘Hi’ to the Cobalt Bomb!

I must confess that, as a physics professor, some of my nightmares are extra geeky. My worst one is the C-bomb, a hydrogen bomb surrounded by large amounts of cobalt. When I first heard about this doomsday device in Stanley Kubrik’s dark nuclear satire Dr. Strangelove, I wasn’t sure if it was physically possible. Now, I unfortunately know better, and it seems like it Russia may be building it.

The idea is terrifyingly simple: Just encase a really powerful H-bomb in massive amounts of cobalt.

When it explodes, it makes the cobalt radioactive and spreads it around the area or the globe, depending on the design. The half-life of the radioactive cobalt produced is about five years, which is long enough to give the fallout plenty of time to settle before it decays and kills, but short enough to produce intense radiation for a lot longer than you’d last in a fallout shelter. There’s almost no upper limit to how much cobalt and explosive power you can put in nukes that are buried for deterrence or transported by sea, and climate simulations have shown how hydrogen bombs can potentially lift fallout high enough to enshroud the globe, so if someone really wanted to risk the extinction of humanity, starting a C-bomb arms race is arguably one of the most promising strategies.

Not that anyone in their right mind would ever do such a thing, I figured back when I first saw the film. Although U.S. General Douglas MacArthur did suggest dropping some small cobalt bombs on the Korean border in the 1950s to deter Chinese troops, his request was denied and, as far as we know, no C-bombs were ever built. I felt relieved that my geeky nightmare was indeed nothing but a bad dream.

It’s not a new idea, The New York Times had a story in 1954,  “Now Most Dreaded Weapon, Cobalt Bomb, Can Be Built” which included this line:

It is this type of hydrogen bomb of which Albert Einstein said: “If successful, radioactive poisoning of the atmosphere, and hence annihilation of any life on earth will have been brought with in the range of technical possibilities.”

More recently, June 14, 2016 The Bulletin of the Atomic Scientists, Volume 72, 2016 – Issue 4: Security at sea, and under it published: Would Russia’s undersea “doomsday drone” carry a cobalt bomb?

Following the November 2015 “leak” of a classified slide purporting to show a Russian nuclear-armed and nuclear-powered drone intended to create long-lasting “zones of extensive radiological contamination,” both Russian and Western observers have suggested that Moscow may be developing a cobalt bomb.

While the underwater detonation of a massive cobalt or “conventional” nuclear weapon might create zones of long-lasting contamination, Russian decision makers would have little confidence that these areas would be in the intended locations, undermining the strategic case for such attacks. These findings suggest that the Kremlin is not pursuing radiological “doomsday bombs,” even though the nuclear-powered drone on the slide seems to be a real research project.

People smarter than I are speculating this might be what’s going on up in the Arctic.