Are the walls closing in yet? A new Washington Post-ABC News poll released Sunday shows President Trump’s approval rating has hit the highest level of his presidency. As The Hill reports of the numbers:

And the Washington Post grudgingly acknowledged: “The survey highlights the degree to which Trump has a narrow but real path to reelection.” 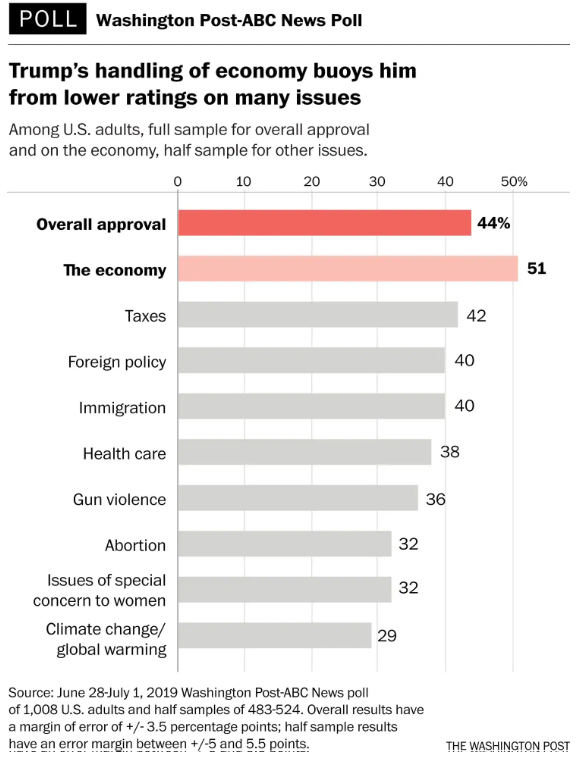 But on a host of other issues the majority of respondents were unhappy with Trump’s performance, with a firm majority, 65%, answering affirmative when asked if he’s acted in an “unpresidential” way since taking office. Only 28% agreed that he has acted in “fitting and proper” way as president. 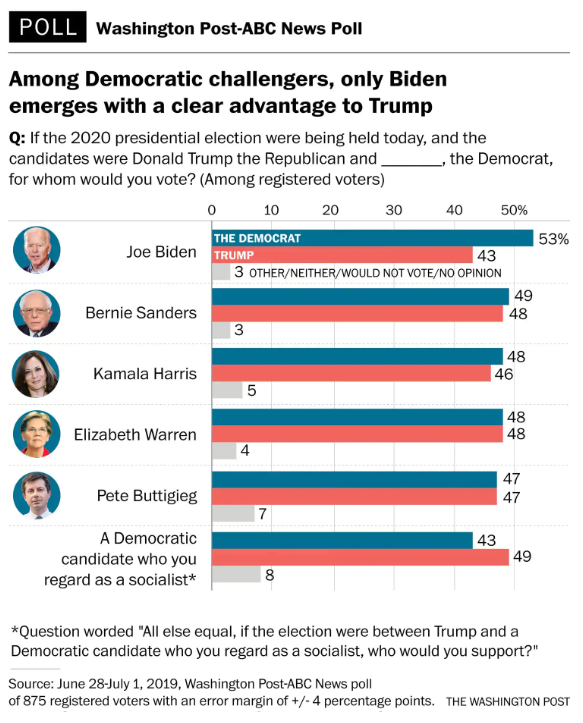 The poll also asked respondents how they saw Trump matching up to five potential Democratic nominees, of which Biden was the only to emerge with any clear advantage.

Per the Post’s summary of the figures:

Among registered voters, only Biden emerges with a clear advantage, leading Trump by 53 percent to 43 percent. Trump runs very close against Harris (46 percent Trump, 48 percent Harris) and Sanders (48 percent Trump, 49 percent Sanders), and he runs even against Warren (both at 48 percent) and Buttigieg (both at 47 percent).

We should note that the words ‘Russia’ and ‘election meddling’ and ‘Russiagate’ or anything related to it or its impact after three years of almost non-stop coverage were conspicuously absent from the survey.

Whatever happened to that? …The walls are closing in!