The UK ambassador to the US whose abrasive criticisms of President Trump triggered a mini-diplomatic crisis right in the middle of the Tory leadership contest to decide the next PM has resigned.

In an emailed statement, Kim Darroch resigned, saying the “current situation is making it impossible for me to carry out my role as I would like.” 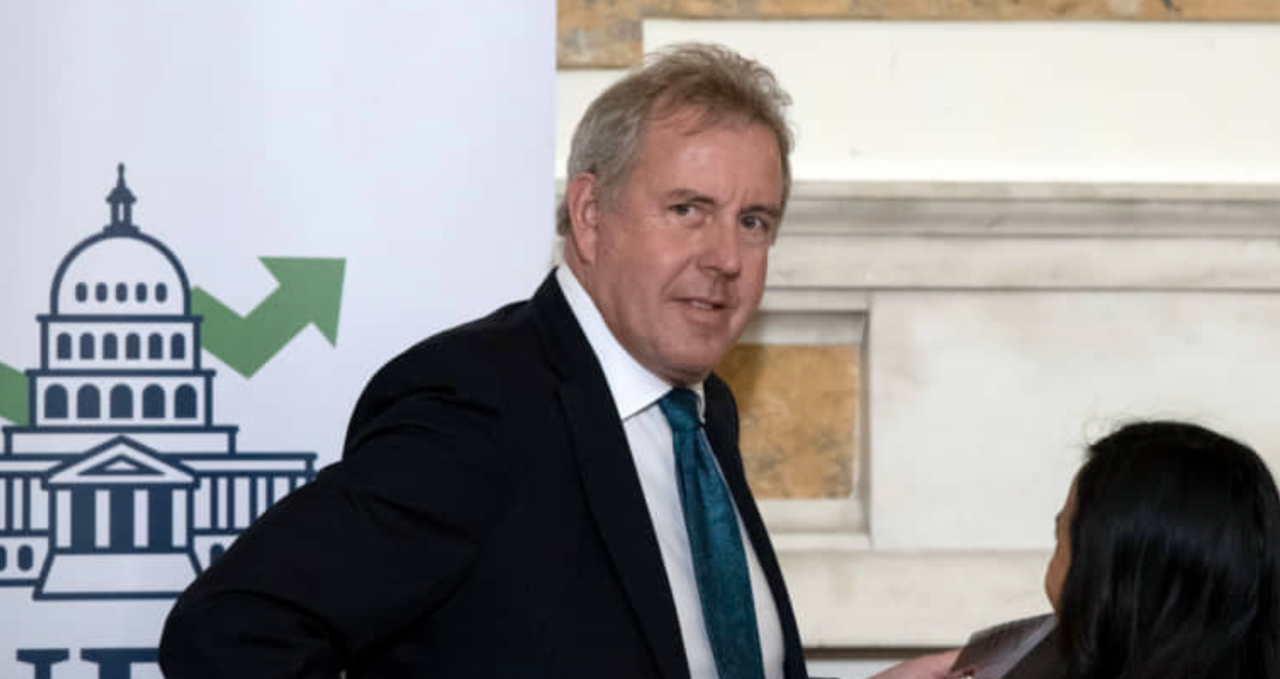 Here’s the full text of his resignation letter:

Since the leak of official documents from this embassy there has been a great deal of speculation surrounding my position and the duration of my remaining term as ambassador. I want to put an end to that speculation. The current situation is making it impossible for me to carry out my role as I would like.

Although my posting is not due to end until the end of this year, I believe in the current circumstances the responsible course is to allow the appointment of a new ambassador.

I am grateful to all those in the UK and the US, who have offered their support during this difficult few days. This has brought home to me the depth of friendship and close ties between our two countries. I have been deeply touched.

I am also grateful to all those with whom I have worked over the last four decades, particularly my team here in the US. The professionalism and integrity of the British civil service is the envy of the world. I will leave it full of confidence that its values remain in safe hands.

In a response to Darroch’s letter, the head of the UK diplomatic service praised Darroch for doing his job with great dignity “as you always have” and blamed a “malicious leak” for undermining him.

On behalf of the diplomatic service, I accept your resignation with deep personal regret.
Over the last few difficult days you have behaved as you have always behaved over a long and distinguished career, with dignity, professionalism and class.

The prime minister, foreign secretary and whole of the public service have stood with you: you were the target of a malicious leak; you were simply doing your job.

I understand your wish to relieve the pressure on your family and your colleagues at the embassy; I admire the fact that you think more of others than yourself. You demonstrate the essence of the values of British public service.

I want to stress my deep appreciation for all you have done over the last four decades. In a series of demanding roles – including national security adviser and permanent representative to the European Union – you have loyally served the government of the day without fear or favour. We have been lucky to have you as a friend and colleague. You are the best of us.

PM Theresa May, who along with the UK diplomatic service backed Darroch during the controversy, said his resignation was “a matter of great regret” and added that public servants must be able to give “full, frank” advice.

Leaked cables from the embassy that were reported in the press revealed that Darroch had called Trump “inept” and “incompetent”.

Trump tweeted after the leak that he would “no longer deal” with Darroch. Despite an apology, Trump ramped up his attacks on Darroch on Tuesday, calling him “wacky” and “incredibly stupid.” Trump also seized the opportunity to take another shot at Theresa May and her Brexit deal which had been “a disaster!” according to Trump.