These days, leaks about ‘progress’ in the US-China trade talks have been almost hilariously dull. For example, American and Chinese negotiators spoke on the phone Tuesday and agreed to meet in person again at some point in the not-too-distant future. But with no deadline set, it’s looking likely that these talks could progress extremely slowly, and many analysts now believe a resolution might not come before voters head to the polls in November of next year.

But as President Trump and his team see it, that’s not necessarily a bad thing, at least not in terms of Trump’s reelection prospects.

Reuters reports that Trump’s advisers “are confident he can portray his stance against Beijing as a strength in the 2020 election, despite making concessions and having no deal in sight.” 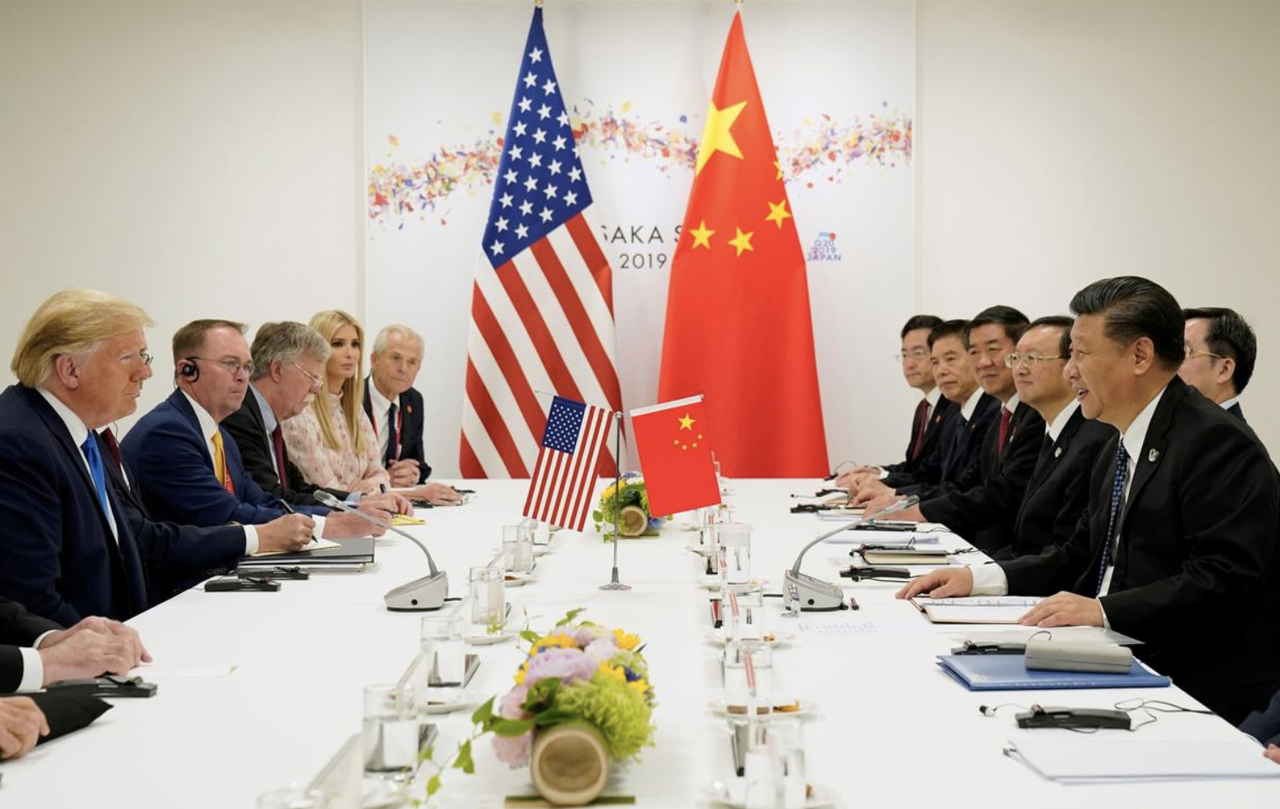 This isn’t all that surprising. Trump’s aggressive rhetoric about taking on China – labeling it a currency manipulator and a bad actor when it comes to bilateral trade with the US – helped set him apart from the rest of the Republican field as early as 2015. And since he slapped the first trade-war tariffs on foreign aluminum and steel last year, Trump’s position on China has garnered bipartisan support. Even Beijing-friendly Joe Biden was forced to concede recently that China is a threat and that Trump is doing the right thing.

Steve Bannon told Reuters that he thinks Trump’s decision to ease up on Huawei and suspend new tariffs will help him politically.

“I think you’re into 2020 before there’s any resolution to this,” said Steve Bannon, Trump’s former chief White House strategist, who has advocated for a tough stance against Beijing.

He applauded Trump’s decision to take new tariffs off the table and be flexible on Huawei because it got the talks between the two countries going again.

“I think it will help him politically because it’s the reality of the world that we live in,” Bannon said.

If there’s any area of vulnerability that Dems will try to exploit, its the impact on farmers. China’s retaliatory tariffs have mostly focused on agricultural goods. Trump has come to their aid with two farmer bailouts, but still, the financial situation for a group that represents a core constituency in Trump’s heartland base remains dire.

Without a deal, farmer-heavy swing states such as Iowa and Pennsylvania, which supported Trump in 2016, could swing to the Dems.

“From farmers in Iowa to an array of manufacturing jobs across the Midwest, swing state after swing state supported him based on the promise that he would win the trade war with China and bring their jobs back. So far he’s done neither,” said Scott Mulhauser, a China expert and former aide to Vice President Joe Biden, the current front-runner for the 2020 Democratic presidential nomination.

As Stephen Moore said, truces can’t last forever, and Trump could offer more concessions to the Chinese to secure a deal, then take a harder line after he’s reelected.

Stephen Moore, an outside economic adviser to the president, said a quick deal would be helpful. The de-escalation agreed to in Japan was positive, he said, but truces do not last forever.

“Perhaps this could get us through the election,” said Moore, who withdrew from consideration for a seat on the Federal Reserve earlier this year after criticism of his sexist comments on women and shifts on interest rate policy.

“My personal advice to Trump…when he’s asked me about it, is get a deal that you’ve got now and pick up a much harder line with China after you get re-elected,” he said.

To secure the truce when he met with President Xi in Osaka, Trump promised to ease pressure on Huawei, something that had become a serious point of contention in the bilateral relationship, and he also promised to hold off on more tariffs. On Thursday, Ministry of Commerce spokesman Gao Feng said China hopes Washington will follow through with its promises to back off from Huawei.

And even if Trump has at times proven overly eager to compromise, and although he hasn’t secured a deal yet, the fact remains: He’s doing more than any president who came before him.

“President Trump is the first U.S. president to stand up to China for their bad actions on trade over many decades, a position of strength that will resonate with voters concerned about American jobs,” said Trump campaign spokeswoman Erin Perrine.

So long as he retains the ‘tough on China’ label going into the election, his decision to press ahead with his trade war plans to the consternation of the business community and many other constituencies should earn respect from the voters.