There is just one word to describe the just concluded sale of $16 billion in 30-Year Treasury bonds: disastrous.

From top to bottom, today’s auction was a shitshow, starting with the high yield of 2.644%, which was not only higher than last month’s 2.607%, but it was a whopping 2.6bps tail to the 2.618% When Issued, one of the biggest rails on record.

Finally the internals were borderline “failed”, with Indirects (foreigners) clearly sitting out today auction, and taking down just 50% of the final allotment, far below last month’s 60.8%, and the recent average of 58.9%, and more importantly the lowest since February 2015. And with Directs taking down 16.8%, or above the 14.6% recent average, it left Dealers taking down 33.2%, the most since last November. 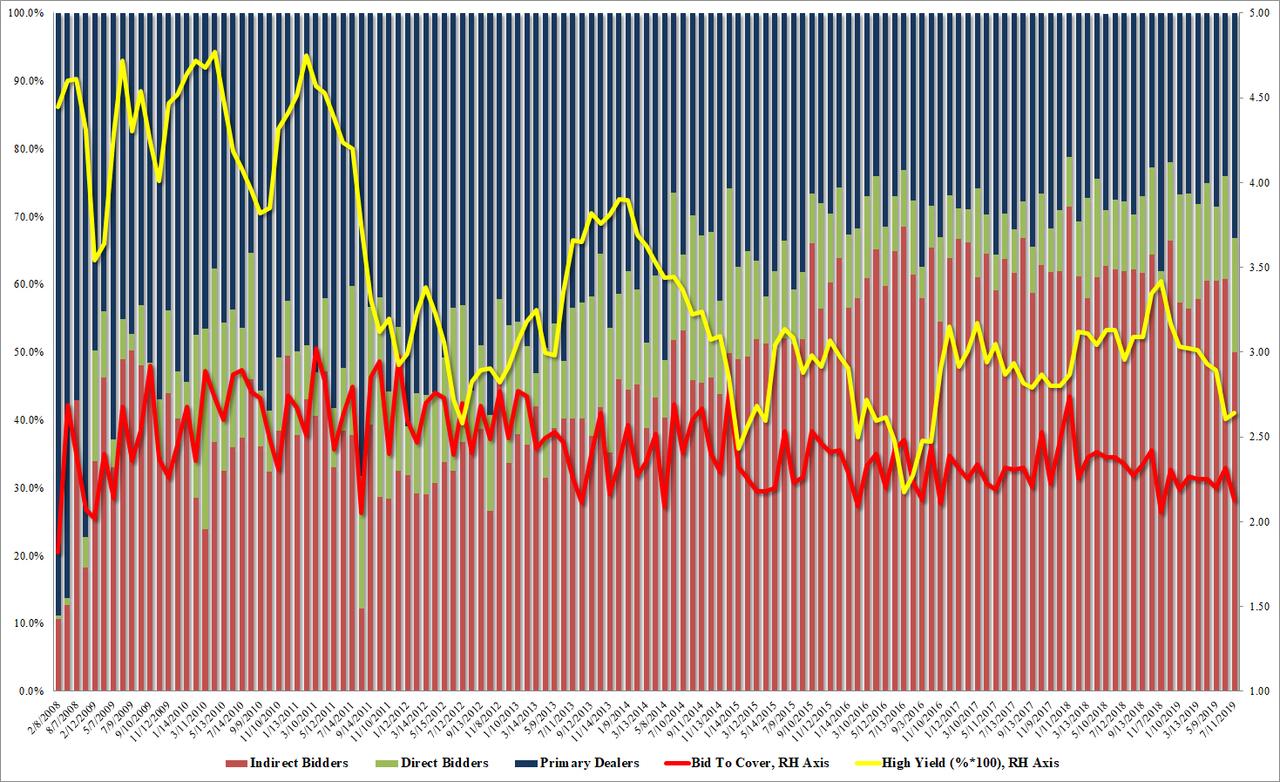 Overall, this was as close to a failed 30Y auction as we have seen in years, and the response was instant, sending the entire curve spiralling higher, and the 10Y spiking by 2bps in a manner of milliseconds.