A curious footnote has appeared in a court filing by Jeffrey Epstein’s attorneys suggesting that the registered sex offender sold his infamous Boeing 727-200 weeks before his Satuday arrest on suspicion of sex-trafficking minors. 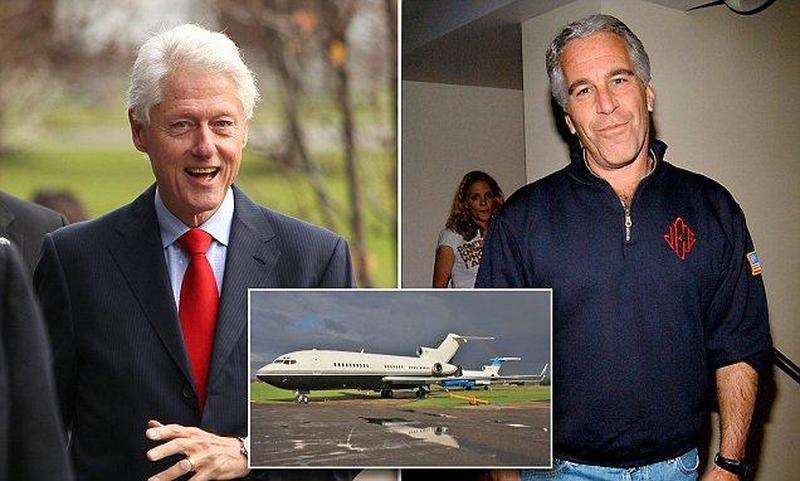 While arguing for why Epstein should be allowed to remain under house arrest pending trial, his attorneys made the case that the wealthy financier would “deregister or otherwise ground his private jet,” with the footnote reading “Mr. Epstein owns one private jet. He sold the other jet in June 2019,” placing the sale just weeks before his July 6 arrest upon his return from Paris in his Gulfstream G550 according to Bloomberg.

On other words, it looks like the financier unloaded the potentially ‘evidence-rich’ aircraft – said to have had a bed installed where passengers reportedly had group sex with young girls – right before the hammer came down.

Clinton claimed in a Monday statement that he only took “a total of four trips on Jeffrey Epstein’s airplane” in 2002 and 2003, and that Secret Service accompanied him at all times – which Sarnoff told Fox News was a total lie.

Other famous guests include actor Kevin Spacey and Chris Tucker, who flew with Clinton to Africa to tour HIV/AIDS project sites, according to New York Magazine in 2002, which notes how much Epstein revered the former president.

In his eyes, Clinton as a species represents the highest evolutionary form of the political animal. To be up close to him, as he was during the African journey, is akin to seeing the rarest of beasts on a safari. As he put it to a friend upon his return from Africa, “If you were a boxer at the downtown gymnasium at 14th Street and Mike Tyson walked in, your face would have the same look as these foreign leaders had when Clinton entered the room. He is the world’s greatest politician.” –New York Magazine

Epstein’s ‘timely’ sale of the Lolita Express begs the question of what he may have known, and when he knew it. Notably, following a series of reports by the Miami Herald, the Senator Ben Sasse (R-NE) in February opened a probe into Epstein’s 2008 ‘sweetheart’ plea arrangement brokered by current Secretary of Labor Alex Acosta.

Timely airplane sales aside, several questions remain to be answered – including a better understanding of Epstein’s relationship with the FBI, and exactly what resulted in his ‘sweetheart’ plea deal in 2008.

Looks like we have an answer on Epstein’s cooperation with the FBI/DOJ, thanks to great reporting by @MiamiHerald

The DOJ wanted to prosecute executives instead of a child molester.