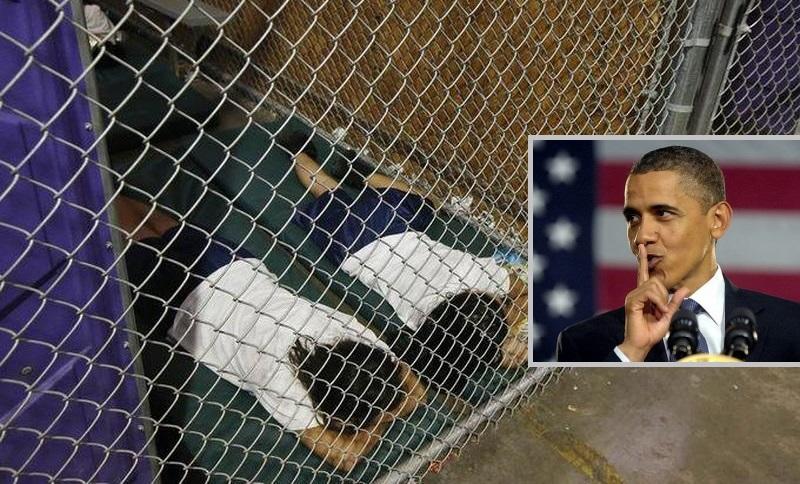 The Democratic-led House Oversight Committee on Wednesday tweeted a #resistance screed in anticipation of a hearing that afternoon on “Kids in Cages: Inhuman Treatment at the Border.”

The Trump War Room (@TrumpWarRoom) immediately called out the Democrats for using a photo from 2014, when Obama and Joe Biden were in the White House.

Here in red is the portion of the 2014 photo used by House Democrats today.

The daft Democrats quickly deleted the tweet, replacing it with another photo from Obama-era child detentions! The second tweet was quickly deleted according to RT, and replaced with a picture of — nothing.

“The photos, taken by The Associated Press, were from 2014, during the Obama administration, but were presented by liberal activists as if they showed the effects of Trump’s immigration policy now.”https://t.co/9x3F7VYUTz