Blain: There Are Two Kinds Of “China Watcher”

“If you play good cricket, a lot of bad things may remain hidden”

What a Splendid Sports Sunday: Wimbledon, Grand Prix and the extraordinary finish to the Cricket World Cup. It’s rare for a Scotsman to be cheering for England – but this one did even though the Kiwi’s are basically Scots Version 2.1. Can the markets offer anything as thrilling this week?

The big start to the week is China.

Growth has slowed to 6.2%, down from 6.4% in April – the slowest in China’s modern history. It’s still a pretty impressive number by the standards of the West, and it provides an enormous upside lift to the whole Global economy which only gets bigger as China grows. Or, it would if the numbers could be trusted – say the China bears. There is a consensus across analysts that real growth is between 1.5-1.8% lower reflecting the vested bureaucratic inclination to inflate return and growth metrics to look good – it happens at both local and state government level. (I am reliably informed “cadre patriotic bias” and inflated numbers are corrected at state level before they are released.)

The market is programmed to look for bad news out of China. Falling exports confirm the asymmetric trade hit on China as the resumed discussions with the US meander nowhere. Enacted Tariffs remain in place. The PBOC will likely be forced to act to further ease rates and the effects will be felt on China mainstreet.

As everyone constantly reminds us, the Chinese economy is in transition from export to consumption led. It now exhibiting all the features of modern economics, and is lumbered with bank crashes, credit issues and the perennial problems of regulating the Chinese banking system to deliver capital to the right companies. The Bank of China is conflicted – trying to improve lending standards to avoid further banking failures, while pumping the economy through easing and lower reserve requirements. While the government has eased rules for infrastructure finance, the bank has been trying to direct capital away from the highly inefficient and over-leveraged state sector towards more nimble private companies. If it sounds familiar – it is. China is an increasingly mature economy. It’s a difficult exercise in state-controlled finance – and its effectiveness is open to question. Just like in Europe!

Which bring us to the third part of the economy – consumers who are supposed to be driving China’s long-term extraordinary growth. Unemployment remains low. Wages have ballooned over recent years – and continue to outperform. China has become a consumer economy – the move from the poor countryside to the rich cities continues, and is going some of the way to relieve the demographic issues China’s one-child policy left in terms of a nation “getting old before it gets rich”.

There are two kinds of China Watcher:

Perhaps there should be a third perspective. Acknowledge China is struggling with tariffs, growth and transition. But it’s also built more roads, railways and airports over the last decade than the rest of the world. Its funding education fully at a time when the west is asking students to enter indentured slavery for a second rate degree. Banking systems have been challenged, but survived. Wages are high and Chinese consumers are seen around the globe. Its working… Its time to take a fresh look at China, shake off the complacency it can’t possibly make state capitalism work, and figure out what even 5% China growth means long-term.

Let’s go back to the Cricket.

I knew there was a Cricket World Cup on, but since I don’t have Sky Sports, the only reason I know anything about it is because Sky let Channel 4 show the final. Pretty much the same across the country – less than 500,000 folk have watched any of the games in the UK (India Pakistan was probably highest.) Yesterday, we ended up watching it on one TV while the other was showing the Tennis – both climaxed around the same time! The Cricket was mesmerising!

The issue is English Cricket – are they doing the best for their sport with an inclusive TV package with a pay-channel? Cricket has become something of a minority sport since it left the airwaves. If you are a cricket fanatic – and I am not, just an occasional fan – then you buy a subscription. If you don’t, your only contact with the dull thwack of willow will be through short highlights, or days like Sunday, then it’s clear we’ve been missing something. If 12 million people were watching the English Footballing Lionesses in the Women’s football recently, how many would have watched England in a final? (Shame about the scheduling on a Sports Super Sunday.)

Which begs the question – Would English cricket gain more in terms of take-up by young people, wider participation and larger sponsorship deals for players and the sport by doing a deal with a terrestrial free TV station, or should they remain on the fringe with Sky? Reader comments please! 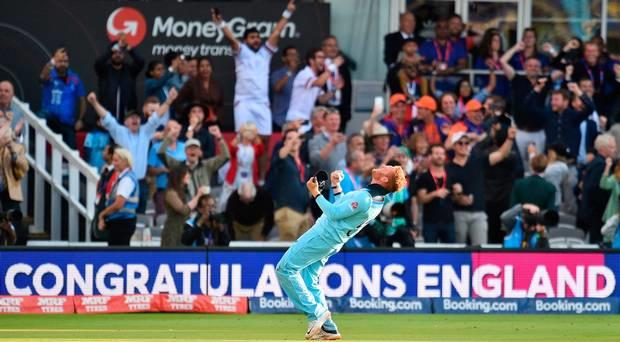