In an epic example of hackers using their abilities to cause mischief, somebody hacked into the Twitter, email and website of the Metropolitan Police Department, and started posting a series of bizarre messages, some with anti-police themes or homophobic slurs, according to a series of reports in the UK press.

Some of the tweets sent from the Metropolitan Police’s official twitter account, which has more than 1 million followers, also called for the release of West London rap artist Digga D, who is reportedly in prison.

A stream of suspicious emails were sent from the force’s press bureau at around 11:30 pm BST (about 6:30 pm in New York). Scotland Yard soon confirmed to the press that the emails were the result of “unauthorized access” to the company’s servers. They elaborated that the department uses a program called MyNewsDesk to manage its public releases, and implied that the hack had been centered around this system. Scotland Yard said they’ve begun to make changes to this system.

The tweets, most of which have been deleted, contained offensive language and mentioned the names of several people, including a missing child.

In one strange tweet that also contained homophobic slurs, the hackers appeared to take aim at other individuals. It read: “We are the police… Cal and dylan are gay btw.” 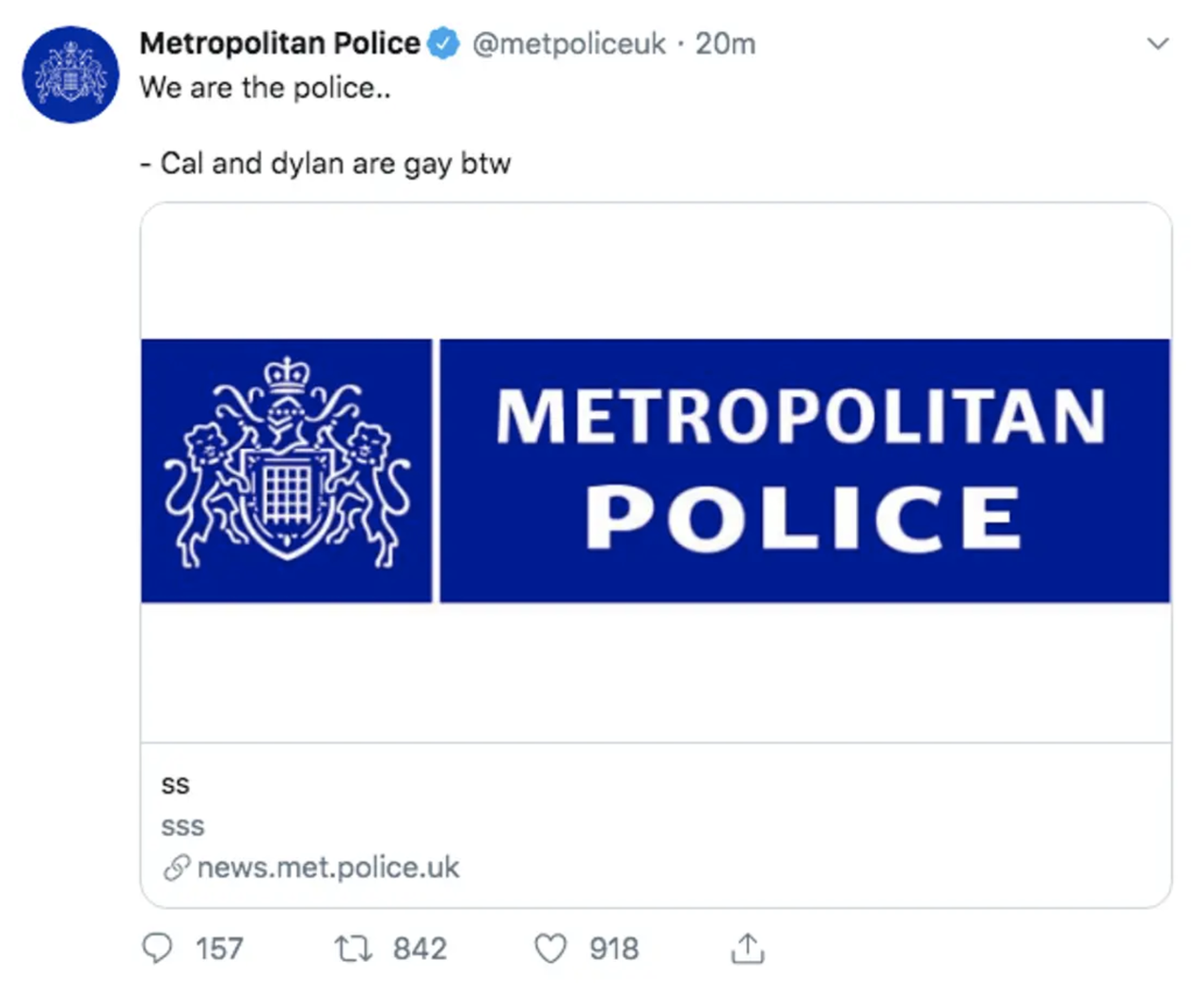 Other messages included offensive anti-police slurs including messages like “F**k the police.”

Conservative commentators quickly blasted London Mayor Saddiq Khan, saying he had lost control of the city’s streets, as well as its internal infrastructure. One of the tweets was even shared by President Trump, who is apparently still sore about his treatment during his recent visit to London.

With the incompetent Mayor of London, you will never have safe streets! https://t.co/pJqL1NjyvA

So, in addition to the spike in knife crime, London’s mayor now needs to explain how he’s going to track down these cyber vigilantes.