For the first time since President Xi began his second term in 2017, China has released a defense white paper that doesn’t elaborate on the country’s military priorities so much as it criticizes Beijing’s chief political adversary – the US – while defending the Communist Party’s right to impose its rule over China’s wayward provinces, including Hong Kong, which is still being rattled by protests, and Taiwan.

It’s the latest sign that tensions between Beijing and Washington over the latter’s support for Taiwan – Washington recently approved the sale of $2 billion in tanks and anti-aircraft missiles – might not only scupper trade talks, they could be the spark that ignites World War III. And what’s more, it comes hours after the White House confirmed that the next round of in-person trade talks had been set for next week. Remember, Beijing has repeatedly threatened to use military force against any foreign power who interferes in its relationship with Taiwan, while Taiwan’s leaders have insisted that they would never submit to Communist Party rule, Bloomberg reports. 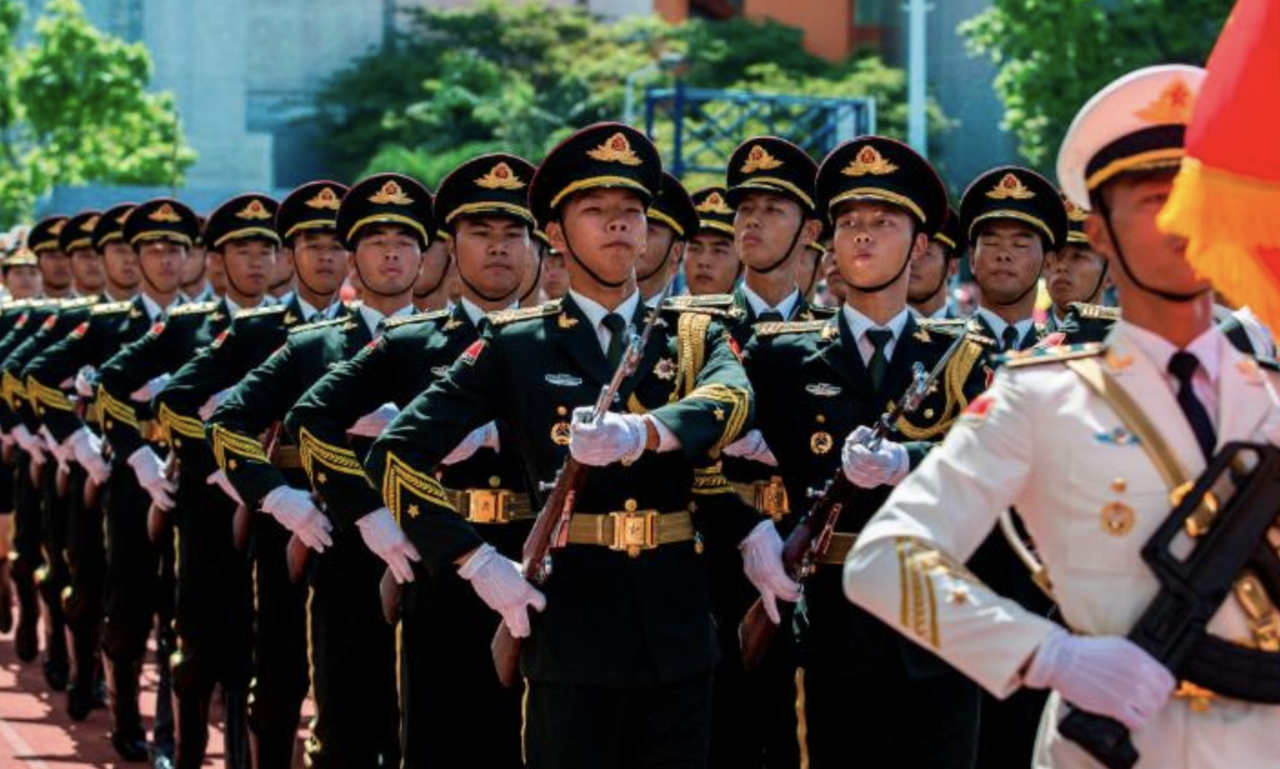 The paper, titled “China’s National Defense in the New Era” – in a reference to a popular Xi slogan – accused the US of provoking competition among major countries, and noted that the “international security system and order are undermined by growing hegemonism, power politics, unilateralism and constant regional conflicts and wars.”

“(The US) has provoked and intensified competition among major countries, significantly increased its defense expenditure, pushed for additional capacity in nuclear, outer space, cyber and missile defense,” the paper said.

The white paper noted recent patrols by Chinese warships and warplanes around Taiwan, insisting that the operation was intended to send a “stern warning” to Taipei. Oddly, given Beijing’s heated response to the Navy’s “freedom of navigation” operations, the white paper also described the situation in the South China Sea as “generally stable and improving” (despite the international legal battle over which country actually has sovereignty). Though the paper did describe American patrols in the area as “destabilizing.”

As Beijing has often done, the paper criticized foreign forces – a euphemism for the US and UK – for the recent bouts of instability witnessed in Hong Kong, where demonstrations over the hated extradition bill are still going on. On Sunday, 100,000 people rallied in down town Hong Kong for a demonstration that quickly devolved into violence, with police firing tear gas at unruly protesters.

During the press conference introducing the paper, Wu Qian, a spokesman for China’s defense ministry, echoed recent state media reports by insisting that the vandalism of a central government liaison office in Hong Kong was a direct challenge to the Chinese system, and that the PLA garrison in Hong Kong could intervene to end the demonstrations if it is asked by the city’s Beijing-controlled government, the SCMP reports.

“We are closely following the developments in Hong Kong, especially the violent attack against the central government liaison office by radicals on July 21,” Wu said at the briefing.

“Some behaviour of the radical protesters is challenging the authority of the central government and the bottom line of one country, two systems. This is intolerable.”

Foreign Minister Wang Yi blamed the “black hand” of the West for creating trouble in Hong Kong, though he didn’t specifically single out the US.

As CNN pointed out, one change in the 2019 report, compared with the last defense report, published in 2015, is the tight grip that President Xi has over China’s military: It included copious references appearing in the white paper to the “new era” of Xi’s signature ideology.

“Guided by Xi Jinping’s thinking on strengthening the military, China’s national defense in the new era will stride forward along its own path to build a stronger military.”

We imagine analysts at the Pentagon are picking through the report now, trying to suss out exactly what it means for US-China bilateral relations.