“The Gloves Are Off”: Biden Team Lashes Out At Booker Over Mass Incarceration ‘Bullshit’

Joe Biden wants 2020 Democrats to get off his damn lawn after weeks of attacks against his civil rights record have caused his supporters to worry that the former Vice President has been too passive in his defense, according to The Hill. 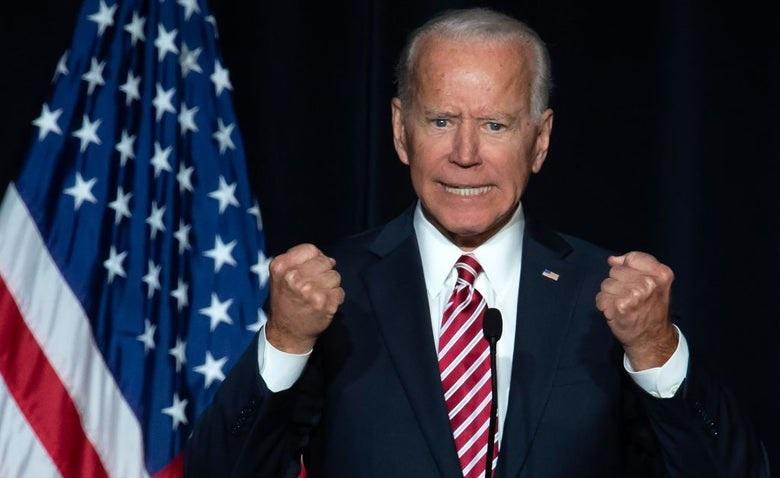 According to the report, the tipping point came on Wednesday after Sen. Cory Booker (D-NJ) said at a NAACP presidential candidate forum that Biden was the “architect of mass incarceration” for a 1994 crime bill originally written by then-Congressman Joe Biden. The bill was widely blamed for contributing to the mass incarceration of black Americans for low-level drug crimes during the USA’s infamously failed war on drugs.

“You can’t be called the architect of mass incarceration and remain quiet,” a Biden ally told The Hill. “That’s cruel and personal. That goes against his entire career. You can’t let people say bullshit and not respond to it.”

Biden’s campaign is also boiling with anger at Booker. On Wednesday, the Biden campaign called Booker out by name for the first time and questioned his own record on civil rights.

Biden’s deputy campaign manager, Kate Bedingfield, said Booker “has some hard questions to answer about his role in the criminal justice system,” pointing to his promise as mayor of Newark more than a decade ago to implement a “zero tolerance policy for minor infractions.”

Bedingfield also accused Booker of “running a police department that was such a civil rights nightmare that the U.S. Department of Justice intervened.” –The Hill.

“The gloves are off,” added the ally. “At this point, you have to punch back when someone attacks your record. People want to see him throw a punch. The president is certainly going to come at him hard, so why not start now?”

In May, President Trump dinged Biden without specifically naming him – tweeting “Anyone associated with the 1994 Crime Bill will not have a chance of being elected,” tweeted Trump. “In particular, African Americans will not be able to vote for you. I, on the other hand, was responsible for Criminal Justice Reform, which had tremendous support, & helped fix the bad 1994 Bill!”

Anyone associated with the 1994 Crime Bill will not have a chance of being elected. In particular, African Americans will not be able to vote for you. I, on the other hand, was responsible for Criminal Justice Reform, which had tremendous support, & helped fix the bad 1994 Bill!

In a second tweet, Trump wrote”….Super Predator was the term associated with the 1994 Crime Bill that Sleepy Joe Biden was so heavily involved in passing. That was a dark period in American History, but has Sleepy Joe apologized? No!”

….Super Predator was the term associated with the 1994 Crime Bill that Sleepy Joe Biden was so heavily involved in passing. That was a dark period in American History, but has Sleepy Joe apologized? No!

Next week will see Biden face off on the same debate stage as Booker and Sen. Kamala Harris (D-CA).

“I’m not going to be as polite this time,” Biden told donors at a Wednesday fundraiser in Detroit.

Biden has signaled that he may take a shot at Harris’s record as California attorney general, perhaps accusing her of policies that led to the incarceration of racial minorities. Biden started down that path at the first debate, noting that he pursued a career as a public defender while she chose to become a prosecutor, but it was not a line of attack that he vigorously pursued.

“If [Harris and Booker] want to argue about the past, I can do that. I got a past I’m proud of,” Biden said Wednesday. “They got a past that’s not quite so good.”

Harris’s allies say they’re spoiling for the fight, an indication that the bad blood flowing between the two camps might become one of the defining developments of the Democratic primary race. –The Hill.

“I’m glad Joe Biden is going to be there this time and may be sharper,” said Berkeley County chairwoman for the Democratic Party, Melissa Watson – a Harris supporter.

“There’s an air of entitlement in all of his comments,” Watson added. “He’s saying, how dare she question him about his past. And he says he did her a favor, so that means she has no right to question him during a presidential primary? That’s crazy. They’re running for the highest office in the land.”

Biden, meanwhile, has slipped a bit in the polls since the first debate – however he remains the clear front-runner “in part because of his enduring support from African Americans,” according to the report.

A Monmouth University survey released Thursday found Biden with a commanding lead in South Carolina, a critical early-voting state where black voters make up about 60 percent of the Democratic primary electorate.

According to Monmouth University polling director Patrick Murray, “Despite some supposed missteps on the issue of race, Biden maintains widespread support [among black voters].”

That said, another terrible debate performance could jeopardize Biden’s lead.

“I’m glad he’s finally pushing back, it should plug the leak, but he still needs to pull this off in prime time with both Harris and Booker flanking him on the dais,” said one Democratic strategist and Biden supporter. “Make no mistake — another poor performance and this might be over for him. He doesn’t have the luxury of stacking bad debates on top of one another, especially with this many people coming after him.”