Giersdorf pwn3d 99 other opponents, earning a total of 59 points over six matches. The runner up, ‘Psalm’, racked up 33 points, according to IGN. 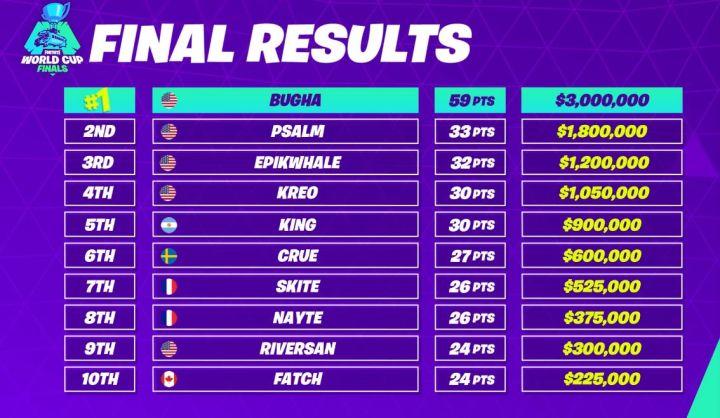 “Words can’t even explain [how I feel] right now,” said Giersdorf, speaking from the Champion’s circle. “I’m just so happy. Everything I’ve done, the grind, it’s all paid off. It’s just insane.“

Epic Games set aside a total of $40 million in prize money for the Fortnite World Cup, of which $10 million was awarded over the 10-week qualifying stage, and $30 million reserved for the New York City finals, according to Statista.

As the following chart illustrates, you could win the Tour de France, the Hawaii Ironman, the New York Marathon and the Masters Tournament in Augusta and still walk (or limp) away a poorer person than the world’s best Fortnite player. The tournament is part of Epic Games’ campaign of making Fortnite the most lucrative game in esports. Last year, the company pledged to put up $100 million in prize money for Fortnite events through the end of 2019. –Statista

So to all the Fortnite players who can’t seem to put the controller down, just tell Mom you’re working on your retirement when she yells at you to turn off the game and come upstairs for dinner. You’ve only got 250 million players to compete with. 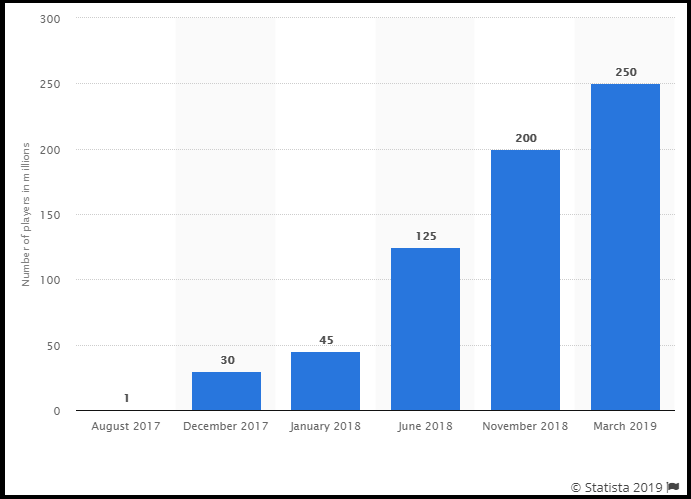