Did Ilhan Omar Have An Affair With A Top Dem Strategist Who Was On Her Campaign’s Payroll?

Congresswoman Ilhan Omar has been seen getting suspiciously cozy with a political strategist who has been paid more than a quarter of a million dollars by her campaign, according to a Daily Mail report.

Last week, The Mail reported that Omar was spotted dining and holding hands with an unidentified man at a secluded Italian restaurant outside of Los Angeles earlier this year. The paper has now identified that man as Tim Mynett, partner at E Street Group, which bills itself as providing national progressive strategies for candidates, nonprofits and advocacy efforts. 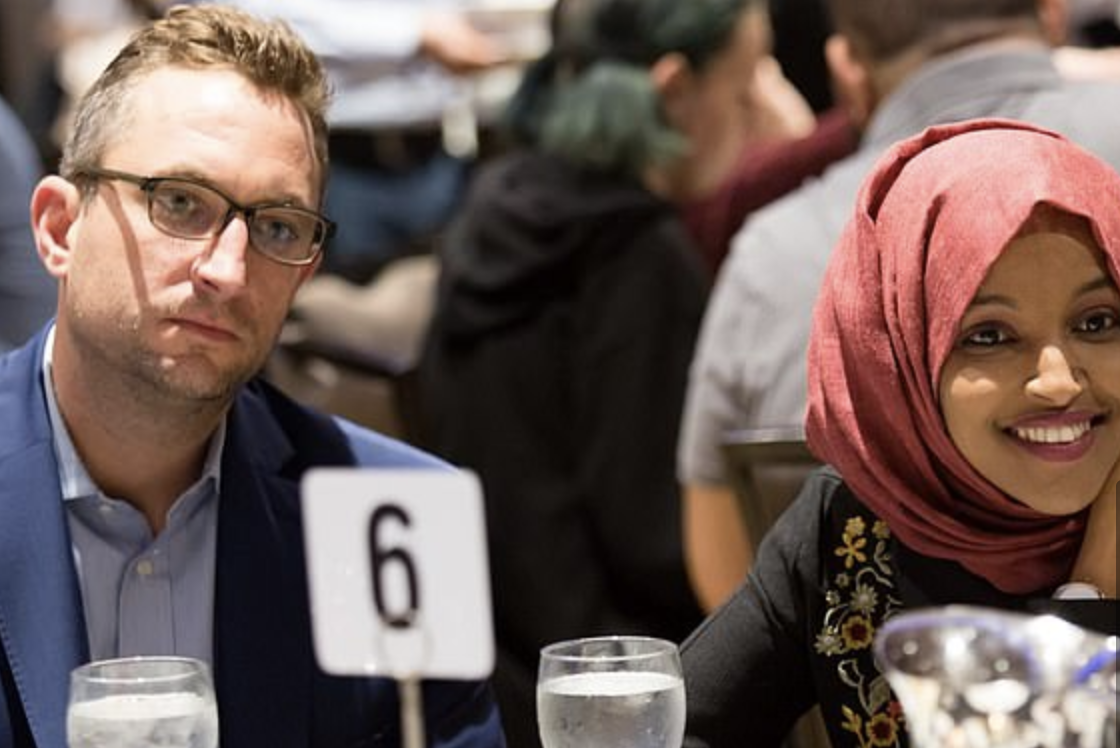 Omar recently split from her husband, and there would be nothing untoward about the two carrying on an affair, if it weren’t for the fact that Omar’s campaign has paid Mynett’s firm more than $250,000 in consulting fees and travel expenses between August and June 11, per FEC records.

Word of the intimate dinner spread just days after the Daily Mail reported that Omar had recently split with her husband, Ahmed Hirsi, the father of her three children. 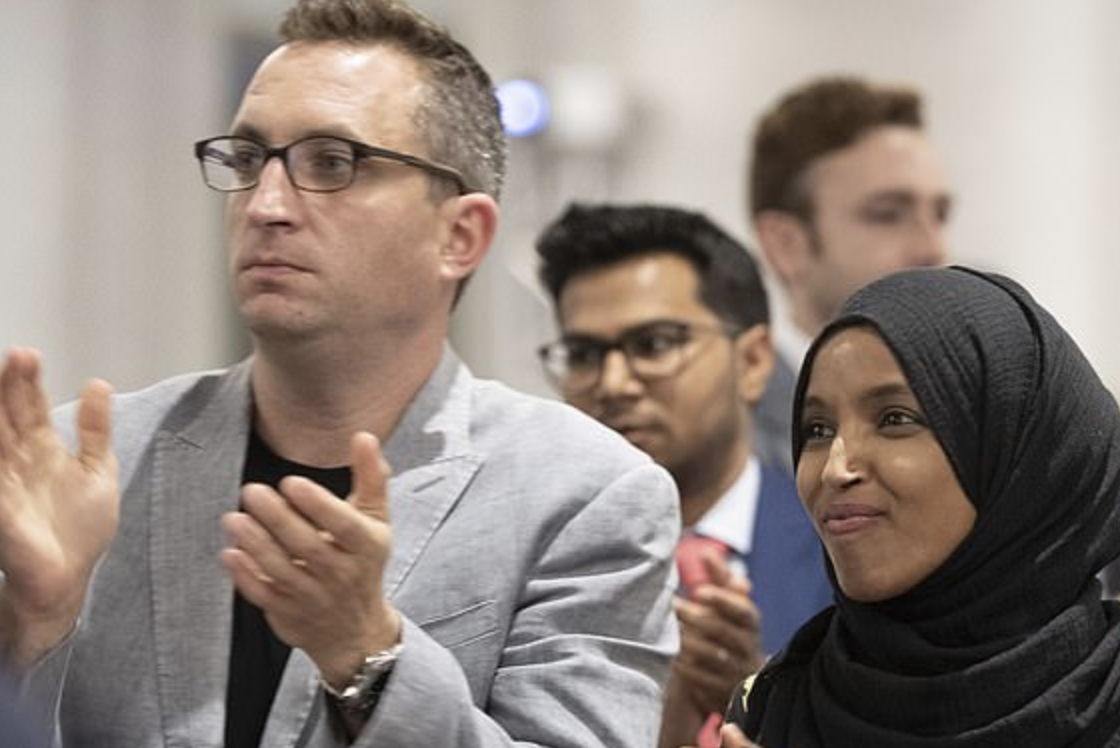 Mynett, it appears, is still married to a Washington DC-area doctor who is 17 years his senior. But the two are no longer living together.

In a video taken by the Daily Mail, Mynett can be heard asking the reporter to turn his camera off.

Reps for both Omar and Mynett declined to comment to the Daily Mail about whether the two are having an affair. But the paper trail of payments is enough to raise questions about whether Omar was having an affair with one of her campaign’s top consultants while paying him thousands of dollars.

Federal Election Commission records show Omar’s team began paying Mynett’s company in August of 2018, splashing out $62,500 by the end of 2018.

In January, Mynett posted an image on his Instagram of Omar’s name plaque outside of her congressional office, writing: ‘It’s been one hell of a journey. Incredibly proud of this fearless woman.’

Mynett and fellow veteran Democratic strategist William Hailer run E Street from a shared WeWork office space in DC. According to a profile on the E Street site that has since been removed, Mynett has served as lead fundraiser for a number of notable dems including Keith Ellison, Omar’s predecessor in her House seat, Senator Jeff Merkley, Congresswoman Hilda Solis and Congressman Ron Kind.

He has also worked for several national non-profits and progressive groups, including Angelina Jolie’s Global Action for Children and the SEIU’s Change that Works initiative (which was focused on passing ObamaCare, legislation that Omar herself is now seeking to undo in favor of Medicare for All).

Their website currently has a single accessible page displaying the message: ‘Accepting new clients by referral only.’ But an archived version accessed by DailyMail.com includes a lengthy ‘about us’ section where Mynett reels off his career accomplishments and boats of close ties with ‘national opinion leaders’.

‘Tim Mynett brings over 15 years of experience conducting high-level national fundraising and providing political and strategic advice to our clients at E Street Group,’ it says.

‘He has continually developed and implemented successful fundraising plans for national nonprofits, progressive advocacy efforts, and Democratic leaders in Congress. Throughout his career he has raised of over $100 million in gifts, grants, and donations.’

Here’s a list of all of Omar’s disbursements filed under ‘operating expenditures’ on the FEC’s database.

Notably, Mynett was sitting front and center during the infamous speech where Omar described the 9/11 hijackers as “someone doing something.”

Omar first married Hirsi in an Islamic ceremony in 2002 when she was 19, but the two divorced six years later. The next year, Omar married British Citizen Ahmed Nur Said Elmi. Media reports have identified him as her brother, though due to poor recordkeeping in her home country of Somalia, that can’t be conclusively proven.