Jay Powell At J-Hole: What To Expect From The Policymaker Pow-Wow

Like in previous years, the annual Jackson Hole symposium that will take place on August 22nd and 23rd will certainly be a major market-moving event. 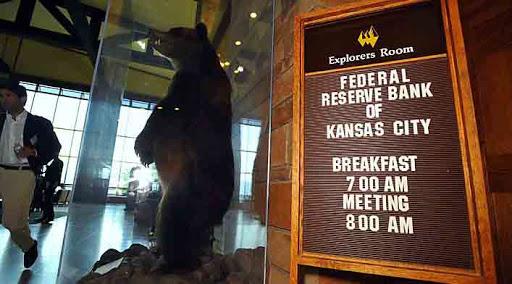 It is usually the best place for central bankers to hint at new policy moves. In recent years, Bernanke gave clue about the launch of QE2 and QE3, Draghi announced the possibility to start asset purchases in the euro area and SNB’s Jordan confirmed the need for further unconventional monetary policy just a few months after removing the CHF cap in 2015.

This year should confirm that we are well into a global monetary policy reversal as a growing number of central banks has decided to cut rates in the past weeks. What we know so far is that Fed’s Powell is expected to deliver his speech on Friday. We don’t have the list of speakers yet (it should be announced very soon) but the focus should be on “Challenges for Monetary Policy”, including discussion about implications of divergence in interest rates, impact of QE on capital markets, new mandate of central banks and path to normalization.

Nomura’s Global Markets Research group notes that it is difficult to anticipate market responses following Jackson Hole; both equities and interest rates are to a large extent driven by daily events. That said, while initial forecasting is difficult, we think insights can be gained by taking a look at patterns in the market on trading days before and after past Jackson Hole meetings. We have taken a look at the behaviour of 10yr UST yields and the 10yr-2yr UST yield curve before and after Jackson Hole meetings from 2009 through 2018. At the same time, we divided the data into two sample groups according to the VIX level on the day before the Jackson Hole meeting (comparing when the VIX averaged above 16 for prior 20 days to when the VIX averaged below 16) to reflect market conditions at the time of the meetings.

When the VIX remained at a higher level just before the Jackson Hole symposium, the 10yr UST yield tended to continue on a downtrend.

When the VIX remained at a higher level just before the Jackson Hole symposium, the UST 2y10y curve tended to remain in a flattening mode.

While the cause-and-effect relationship with the meeting is not clear, at the least we think these observations show that when the equity market is risk-off (i.e., when the VIX is rising), interest rates tend to continue to decline and the yield curve tends to remain in a flattening mode following Jackson Hole, with a low probability of interest rates going higher and the yield curve shifting into a steepening mode.

While there is no telling whether this pattern will hold this week, we think it worth keeping in mind that market conditions are presently close to the environment described in pattern (1).

Is The Geopolitical Chessboard Now Digital?

The European Gas Game Is About To Change